All sizzle but no steak on this trade deadline!

One of the more hyped deadlines in recent memory turned into one of the quietest ones in recent history. The big names all stayed put to the disappointment of NBA fans and in the closing hours, teams turned their focus on getting under the luxury tax. The Miami Heat traded Jarnell Stokes, Chris ‘Birdman’ Anderson and even recently acquired Brian Roberts while the Chicago Bulls trade Kirk Hinrich back to Atlanta both to get under luxury tax. 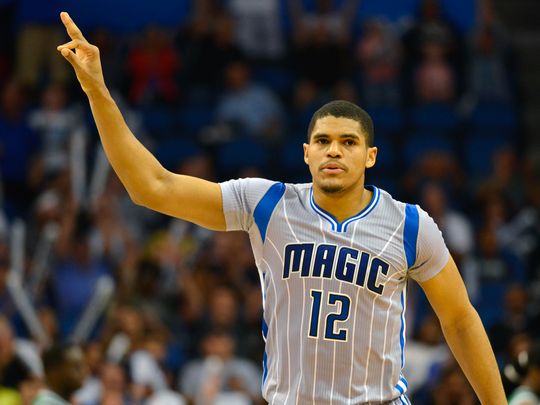 We’ve seen other interesting trades in the NBA prior to the 3:00pm deadline, including Markieff Morris finally being shipped out of Phoenix to his new home in Washington and Jeff Green was traded over to the Clippers for Lance Stephenson and a 2019 first round pick.

We all of course wanted to see the likes of a Dwight Howard or an Al Horford be moved to spice things up down the stretch, but alas trades with high profile stars are far more complex. For one thing, Horford, Howard and even Ryan Anderson are all on expiring contracts and will no doubt be hot commodities in free agency. So not only will a team have to send back a lot of assets to make a trade work salary wise, but it is also a risk in terms of, do you really want to give up so much for a rental who is non-committal on re-signing long-term? The obvious answer is no and rightfully so as teams cannot lose sight of the future when making any sort of trade or signing.

With all that being said, there still were winners and losers when the whirlwind of trades and rumours came to pass and of course there were the teams that chose to stay pat and preserve the chemistry that have worked hard to maintain. So who are the winners? Who are the losers? Let’s find out!

The Pistons could have been the obvious first choice when you take into account the moves that they have made. Shipping out Brandon Jennings and Ersan Ilyasova for Tobias Harris could potential move them into a lock for a playoff spot, but nothing more. It will be interesting to see how Harris can help with floor spacing and this may turn more into an issue that coach Stan Van Gundy will have to deal with. On the Cavaliers front, they did not make a huge splash, but they added exactly what they needed. Channing Frye is another shooter, which no team can ever have enough of and it is another player who can stretch the floor for Kyrie Irving and LeBron James to attack the heart of the oppositions defence. For the Cavs to be able to compete with the Warriors, they realize that they need to not only compete with the Golden State shooters, but to also spread the floor to wear down the opposition defensively as the game winds down. 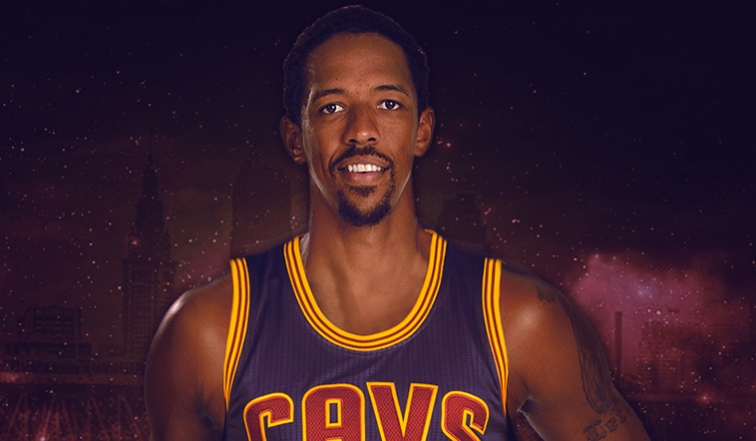 The relationship between Dwight Howard and James Harden is irreparable and to make matters worse, Howard is not used to his true potential in a very isolation-heavy Houston offence. The ideal fit for Howard is the Stan Van Gundy, Orlando system he was in years ago in which he was the dominant force in the paint surrounded by shooters. He may have been slowed down by an array of injuries, but the big man still needs his touches in the post and he does not receive nor demand the opportunities that he should be getting.
That being said, he will clearly opt out of his deal at season’s end and look for a max contract else where and the Rockets would be left in a position similar to what the Lakers found themselves in just a couple of years back. As much as the chemistry has not been working for the Rockets this season, Howard’s presence is still a tough one to replace. When healthy, he is one of the top defensive anchors in the NBA, a great rebounder and a valuable second scoring option on a contending team.
For a team on the doorstep of championship contention, the Rockets will now have to find a way to rebuild quickly around James Harden when they enter life with out their big man. 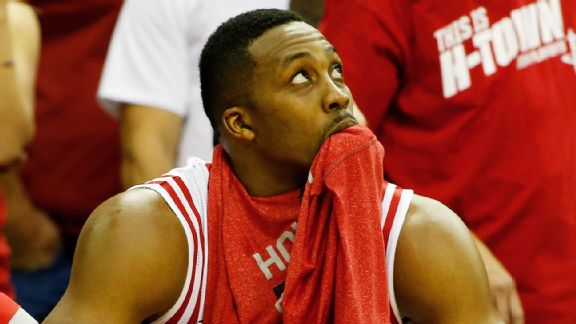 Sometimes it’s best to not mess with what already is working. If it ain’t broke, don’t fix it, right? That is exactly what Masai Ujiri and the Raptors decided to as the deadline past. DeMarre Carroll is scheduled to return in the next few weeks and a healthy Carroll is ultimately all the Raptors can hope for moving into the playoffs. Carroll allows Dwane Casey to present a very tough small-ball line up in crunch time and Carroll will be crucial in terms of locking down the best opposing player. His defence becomes more valuable then his scoring and even Carroll is a dangerous threat from beyond the arc.
As the second best team in the Eastern conference, it is fair to assume that the Raptors are the best pick for a conference finals opponent for the Cleveland Cavaliers and if both sides remain healthy, a far deeper Raptors team can even offer some resistance to LeBron James and his Cavs squad. 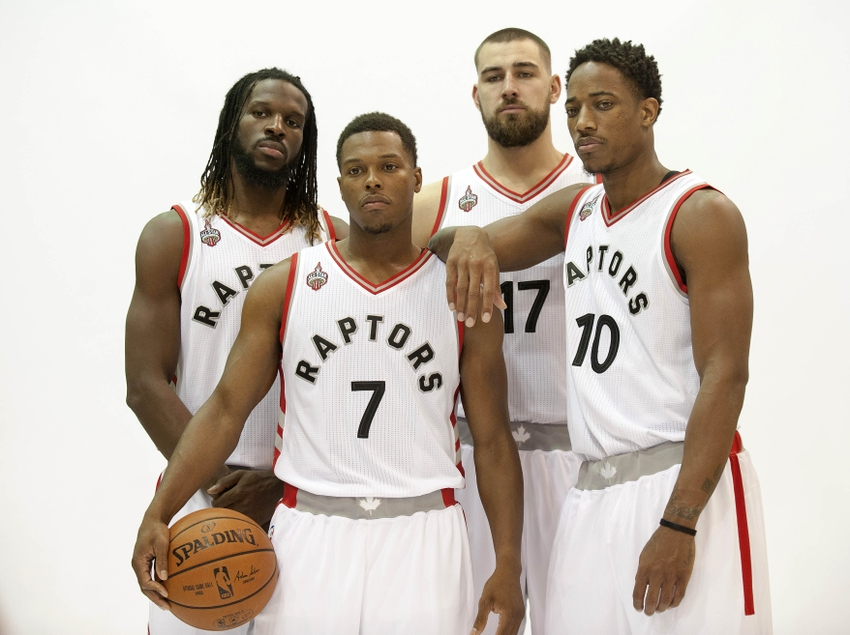 Building for the Future: Phoenix Suns

The Phoenix Suns are ready to rebuild yet again and they made it clear when they cut ties with Markieff Morris for Dejuan Blair, Kris Humphries and most importantly a first rounder.
With Eric Bledsoe out for the season with a meniscus tear, the Suns are left with a team in disarray, plummeting in downward spiral very quickly. But fear not, for the Suns still have Brandon Knight and a nice rookie in Devin Booker. Tyson Chandler can still be a defensive anchor so the future does not look too murky down in Arizona.
If that does not appeal to Suns fans well maybe this will. The Suns now have five first round picks to use at their disposal moving forward. A nice young core, cap space and future draft picks? That to me sounds like a good recipe for a rebuild. 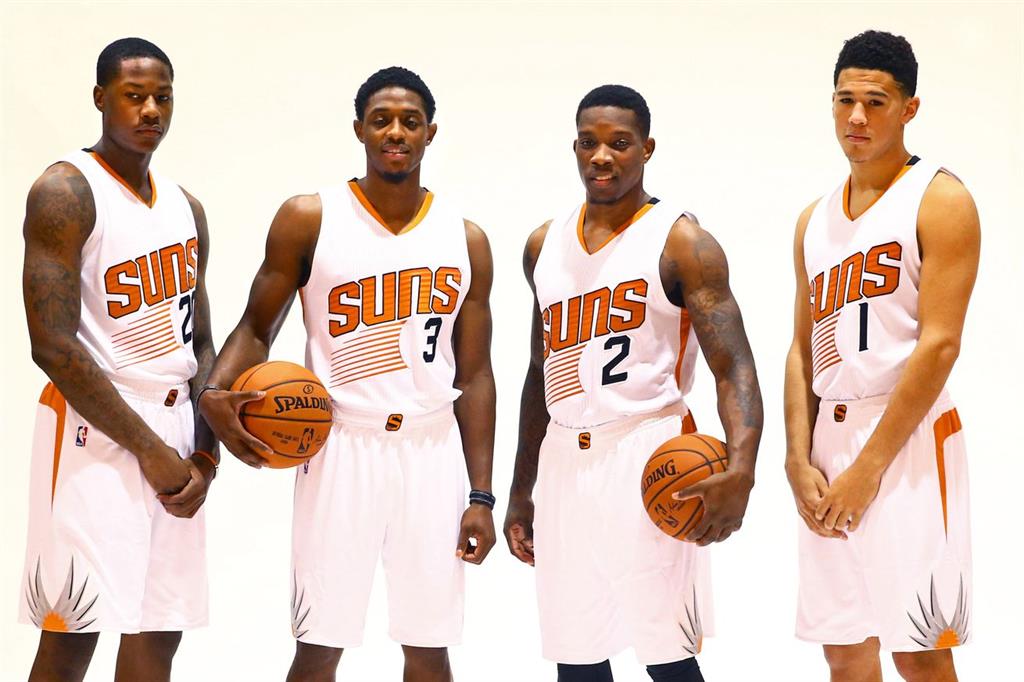