And then there were two!

After a couple of weeks of fierce competition, brackets destruction and teams falling, we are down to the final two – Villanova and North Carolina. The two most dominant teams of the tournament assume their rightful place in March Madness’ finale. Both teams have literally blown everybody out and on Monday night, something has got to give. 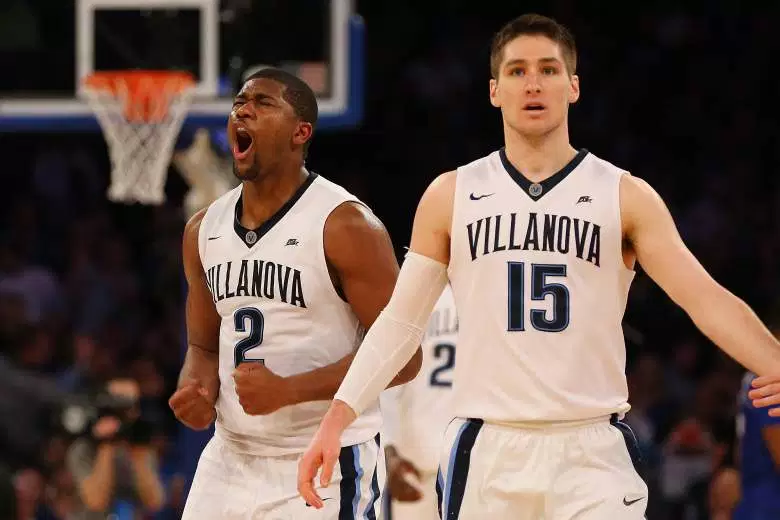 Villanova behind very gritty and solid defence have been able to overcome the tournaments top player in Buddy Hield, by a record margin at that. Meanwhile UNC crushed the tournament Cinderella team, Syracuse, a team that many believed had no business even making it on to the bracket.

As per usual, the tournament is built around momentum. The teams with the most momentum get it done and this year it was Villanova and UNC. That’s the whole thing with picking in a round-robin tournament – predicting the hottest team. But as I said, when two of the hottest teams clash, only one can prevail and who will it be?

Starting off with North Carolina, a team led by one of college’s best coaches in Roy Williams and stand-out guard Marcus Paige are the first team to win each one of their tournament games by double-digit margins since… yup, you guessed it, UNC, back in 2009. Back In the ‘Psycho T’, Tyler Hansbrough days, a name I am sure all Raptor fans love to hear.

What UNC present that is immediately noticeable is their intimidating size. Behind Brice Johnson, Kennedy Meeks and Isaiah Hicks, the Tarheels have been bullying their way through the tournament. Most recently against Syracuse, the combination of the three and big man Joel James overwhelmed the Orange in the paint, torching them for 50-points. If that doesn’t sound difficult enough, Villanova will also need to find a way to shut down the athletic, 22-year old guard, Marcus Paige. The senior guard hit the dagger in the second half of the Final Four, raining threes over Syracuse and will unquestionably be no easy cover on the grandest stage of NCAA basketball.

The ability for the Tarheels to play inside-out basketball will be important in dictating the pace of their offence, but that is only if they are able to drop threes and effectively stretch the floor, something they struggled to do in the first half against Syracuse.

Defensively, the Tarheels go up against a big test themselves. Villanova’s 71.4 perfect field goal percentage is the second best in tournament history. The illustrated their offensive efficiency in their 44-point onslaught on the Sooners. Behind the strong guard play of Josh Hart and Ryan Arcidiacono and forward Kris Jenkins, the Wildcats will be a tough team to stop.

What this ballgame will come down to is not the stops, but who wins on the glass. Not only do the Tarheels have the coaching edge, but also with their size, they may have the biggest advantage in the game. Villanova can play all the swarming defence that they want, but if they cannot control the glass against UNC’s bigs, their defence will eventually run out of gas and break down. 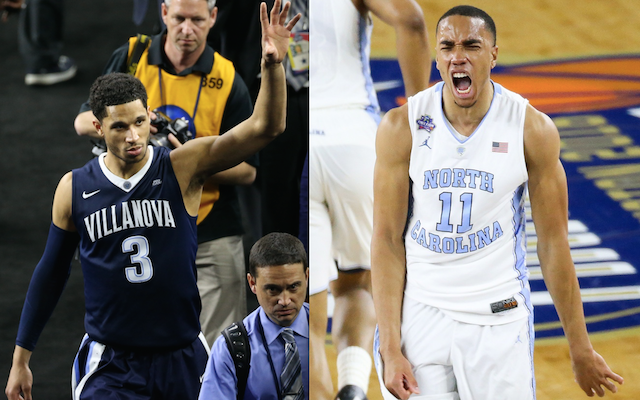 On the other hand, Villanova has caused 69-turnovers over the span of their five March Madness victories and if they are able to dig into the Tarheels player defensively, the game will become very interesting and highly contested.

Bench wise, Phil Booth and Mikal Bridges both reached double digits in a 91-point Villanova performance over Oklahoma. The issue comes is the Wildcat bench is not able to wear down on an opponent like the UNC bench led by Hicks, James and Theo Pinson (AKA the kid from the hilarious interview blunder). In a championship match, UNC can go deeper into their bench and it will no doubt cause problems for the two-seeded Villanova team.

With a spread of 1.5 favouring the number-one ranked Tarheels that is all you need to know about how difficult it will be to pick a victor in this game. These are after all the two hottest teams in the tournament. Defence wins championships and Villanova has the edge in that department, but at the same time, if UNC destroys the Wildcats with their sheer size and rebounding presence, Villanova will stand no chance.

In a tournament filled with impossible, gut-wrenching decisions, what would making one more change, right? Roy Williams leads his team into yet another finals berth and with his experience on how to succeed on this grand stage, and UNC’s dominating size advantage, we will see the North Carolina Tarheels raise the NCAA National Championship trophy on Monday Night. It will definitely be a close one and the biggest test thus far for both teams, but at the end of the night, Tarheels-79, Wildcats-72.