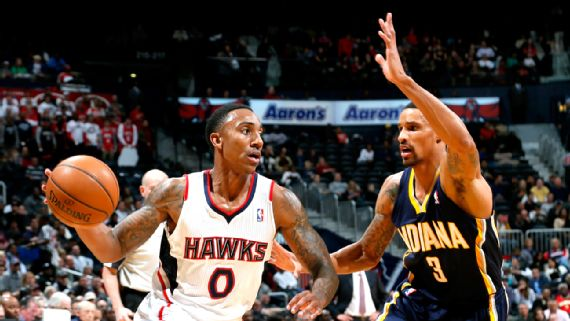 Let the “Shaking Things Up” Begin!

With the excitement of the NBA Finals behind us, it did not take much time for the NBA landscape to make some major changes in the form of two big trades. We have not yet even reached draft night, yet general managers are already on their phones looking to improve their basketball teams very early into the 2016 offseason.

It all started with the Indiana Pacers finding running mate for their superstar, Paul George, in the form of an NBA All-Star point guard, Jeff Teague. They shipped out veteran guard George Hill out of town to the Utah Jazz, while the Jazz sent their number-12 overall pick to the Atlanta Hawks.

The Pacers finally got the floor general that they have desperately been lacking since their Mark Jackson days. Jeff Teague is a proven star. A quick and agile point guard with the ability to find the open man, push the pace of a young Indiana team, attack the basket and settle for jump shots either from mid-range or from beyond the arc.

George Hill did offer the Pacers an heir of stability especially on the defensive side of the ball, but they do not give up much by inserting Teague in his place. Paul George is a great off-ball defender, and they have found their shot-blocking rim protector of the future in rookie big man, Myles Turner.

Only issue now for the Pacers to worry about is the one-year remaining on Teague’s contract. If this marriage plays out as perfectly as it appears on paper, there is no reason as to why a contract extension is not out of the realm of possibility between the two sides.

Teague, who revealed earlier this June on his personal Instagram account in a post quickly deleted that he played the entire season on a partially torn patellar tendon that caused him to barely be able to jump or stop. That being said, with this trade, the awkward relationship between Teague and the Atlanta Hawks finally comes to an irreparable end. With the number-12 pick now under team control, there are surfacing reports that the Hawks plan to make it and their 21st overall pick available on draft night in order to try to make room to re-sign both Al Horford and swing-man Kent Bazemore.

Both Teague and Hill are scheduled to make $8-million dollars in 2016-17 before both head into unrestricted free agency. Hill averaged 12-points and three assists across 76-games in his final regular season in Indiana, while former All-Star, Teague averaged 16-points along with six-assists per game (40% from three-point range) with the Hawks through 79-games in the 2015-16 campaign.

The trade of Jeff Teague appears to finally signal the changing of the guard in Atlanta, as it seems like 22-year old Dennis Schroder is ready to accept starting duties for the Hawks. 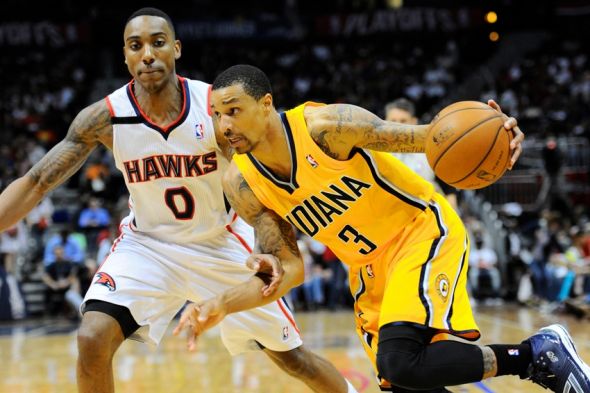 Jeff Teague was not the only star point guard that was moved on the day of the Cleveland Cavaliers’ victory parade. The Chicago Bulls too made a trade. Similar to the Hawks, the goal was to move on from a disgruntled point guard whose tenure with the franchise has run its course. The Chicago Bulls sent Derrick Rose packing to the New York Knicks in a five-player trade that saw Jerian Grant, Jose Calderon, and Robin Lopez get moved to Chi-Town, while joining Rose in the Big Apple will be Justin Holiday along with a 2017 second-round pick.

With this trade, Phil Jackson and the New York Knicks hope to have found the point guard that could help Carmelo Anthony carry the offensive load and slowly help the Knicks creep out of the Eastern Conference cellar. Rose, once an NBA MVP back in 2011 has since watched what was a superstar career turn into a career riddled in knee injury after knee injury. With each injury, his explosiveness and athleticism continued to diminish as to has his aura.

Can Rose return to his superstar form? Unfortunately, that will probably never happen, but he can still attempt to prolong his career by staying as healthy as possible and provide a scoring punch for the Knicks, a team that was high up on his list of destinations if he was to be moved from his hometown, Chicago Bulls.

With constant reports of tension between Rose and Bulls’ star, Jimmy Butler, the Bulls organization had to make a move, especially after a catastrophic season that has seen the Bulls miss out on the playoffs. The injury-prone Rose was the obvious choice. Since winning his MVP award, Rose missed the entire 2012-13 season and only played 10-games the following year. After playing in a little more than half the games in 2014-15, Rose suited up in 66-games this past season (his most in five years) and averaged 17.7 points per game on 45% shooting.

If Rose is to stay healthy for the majority of his time in New York, he will undoubtedly help the Knicks who have gotten a league worst, 7.6 points per game in 2015-16 from their point guards.

While he is clearly an upgrade for Jeff Hornacek’s Knicks, this move alone does not help the Knicks become a playoff calibre team, let alone a team that can contend. Rose is owed $21.3-million in the final year of his contract and the pressure for him to perform in his walk year will be huge. Can he stay healthy? Although that is yet to be seen, the fact remains that since his injury, his numbers have drastically decreased from his first four seasons in the league across the board.

What once used to be a burst of non-stop energy has now turn into bursts and spurts as Rose is no longer able to produce how he once has. 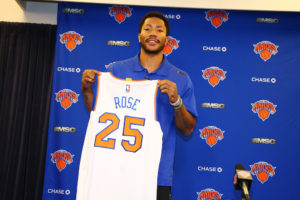 For the Bulls, acquiring Robin Lopez may finally be the nail in the coffin on any potential return for a Pau Gasol to the team. Despite the offence that the free agent big man provides, he hurt the Bulls defensively, taking away from what made this team so tough to beat in the Tim Thibodeau era.

With Calderon and Grant, the Bulls get a nice young prospect in Grant and a veteran presence.

With the Derrick Rose era over in Chicago, the Bulls can now look onwards in hopes of rebuilding what seemed like a title contending team just a few years ago.