Cavs Fight Back to Force Game 7

Is it Written in the Stars for the City of Cleveland?!

Draymond Green suspended for Game 5 in Oracle, Steph fouling out, Ayesha Curry voicing her displeasures over twitter, and atrocious NBA officiating – the common themes coming out of the last two elimination games as the Cavs force a Game 7 back in the Bay Area.

Yes, maybe this is yet another chapter in the never-ending tale of how the NBA runs their sketchy business and how the refs are the main scapegoats in this entire conspiracy. That all being said, poor officiating or not, the Cleveland Cavaliers came out for a second straight game focused on winning and outright beat up on the Warriors on their way to a 115-101 Game 6 win. For one final time, two teams will be heading back to the Cleveland airport to make one last trip to the west coast before the 2016 NBA season comes to an end.

When a team comes out and gets blown out right from the get-go to a score of 31-11 after only the first 12-minutes, questioning the officiating should never be the main concern. The Warriors came out flat. They threw up ill-advised shot, could not establish an offensive flow (even with the return of their third all-star), nor were they able to slow down their opposition.

That and compounded by the fact that Andrew Bogut is out for the series and Andre Iguodala looked like my dad on the court – my dad has had chronic back issues for 30 years – yeah, not good.

The fact is, that for the first time in the 2016 NBA Finals, the Golden State Warriors feel adversity. Fighting back against the O.K.C. Thunder was one thing and don’t get me wrong, it was an incredibly difficult uphill battle, but the Cavs are a different beast.

The Cavs are led by unquestionably one of the greatest NBA players to ever play the game, a force on both sides of the court like rarely seen before. Through the first four games, it seemed like even King James ran out of gas and that the Cavaliers were lifeless – how wrong I was.

In his last two games, LeBron has exploded for a combined 82-points, 24-rebounds, 18-assists, seven steals and six blocks on 56% shooting from the field, willing his Cavalier team on his back against the reigning champs (cue the Kobe Bryant fans who will comment that Kobe dropped 81 in a single game). He has been so dominant that even if the Warriors find a way of winning Game 7, a strong case can be made that there was no other player in the series as valuable as LeBron James himself. 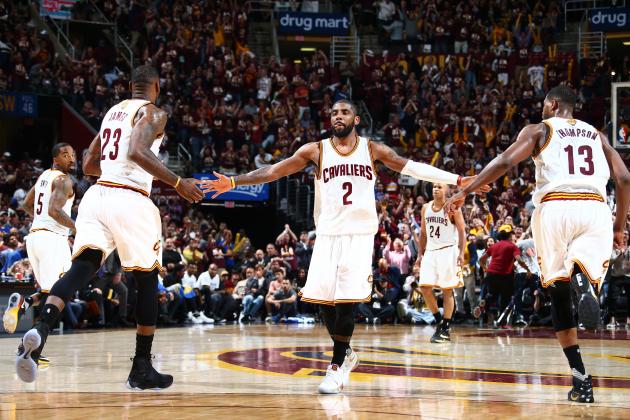 In the absence of Bogut, the Warriors are missing their best screen setter. Often times, the Warriors like to establish Bogut in the game early, feeding him to ball to get their offence started. The game plan will have to be tweaked now going into Game 7. Tyron Lue made the key moves, holding Kevin Love on a tight leash, using screens to attack Steph Curry and therefore getting him into foul trouble. Trusting the veteran Richard Jefferson with the majority of the minutes over his big-money power forward has been the bold move and it has been paying dividends thus far. Jefferson is able to rotate far quicker on defence, is crafty on offence and is not a liability defensively that the Warriors can take advantage of as easily off switches. The ball is now on Steve Kerr’s side of the court and he will have to make the final move to checkmate Lue and the Cavaliers.

Without Bogut in the line-up, running out a very liable Iguodala, the Warriors offence not clicking at the most crucial time, and allowing a convincing 3-1 series lead slip away, the pressure has risen to an all time for the Golden State Warriors. After a record breaking 73-9 regular season, anything short of a championship will be a travesty and they realize that. When the pressure mounts, we have seen the Warriors being able to rise above and they will be asked to do it once more against their toughest competition against two superstars in Kyrie Irving and LeBron James that seemingly cannot be stopped at this moment.

The mindset for Game 7 will be easier said than done – the Warriors will have to outslug the Cavaliers. Even though it does not seem like it after the last two games, I am not a prisoner of the moment and it is a fact that the Warriors have far more depth than the Cavs and they can be outscored especially in the friendly confines of the Oracle Arena where the energy provided to the home team will be electric.
Granted the Warriors star backcourt will have to show up as well as play smart. Steph Curry in particular must understand the magnitude of a Game 7 and must be able to control himself when foul trouble could be a big concern. Klay Thompson and Curry cannot be demolished by the duo of LeBron and Kyrie; all the uphill battle may turn insurmountable.

One thing that may help the Warriors sleep at night is that their emotional leader Green will be back to feeding of the energy and buzz of the Oracle Arena crowd, while on the other side of the floor, Kevin Love has completely fallen out of this series. 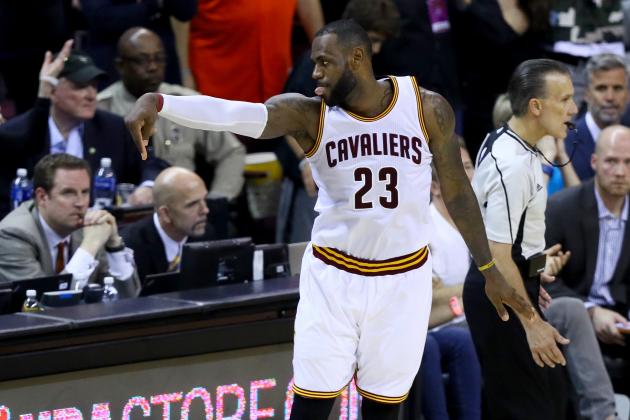 In Game 6, due to a combination of ineffectiveness and foul trouble, Love has only been able to see 12-minutes of action, raising eyebrows on his future with the franchise. Of course the offseason is the least of his and the Cavaliers brass’ worries at this very moment, but it is very important to understand what Kevin Love is. He is a defensive liability who can be a good rebounder when he has the space in the paint, but he has ultimately become a stretch four who has not been able to find his shot in these finals. The match-ups do not favour him well at all and thus his efforts have become invisible. With Tristan Thompson crowding the paint and LeBron and Kyrie constantly attacking the rim, the Cavalier offence cannot afford having Kevin Love in the paint looking for his offence. The entire flow will be disrupted and the spacing will be non-existent. In Minnesota, Love was the primary scoring option and was able to do what he wanted, where he wanted. The situation is far different in Cleveland and in some match-ups he must realize his limitations. He has been a force through the first two series, even part of the Raptor series, but against the Warriors, he just does not fit. Tyron Lue coming to that realization has changed the entire series.

With Game 7 on the Golden State home floor, the Warriors must look to run right out of the gate. If they get off to a fast start and build a big lead, the Cavs will be out of the game early as the Cavs will not have their Quicken Loads crowd providing them with a boost, while the Oracle crowd will keep the Warrior energy skyrocketing.

There must also be a greater emphasis on ball movement. The Warriors are able to do it. We have seen it consistently for two years. Establishing an offensive flow, keeping the ball moving efficiently and the Cavaliers will have a hard time keeping up. The Warriors cannot turn to hero ball, as it just will not work because they will not ‘out-hero’ LeBron.

As Game 7 approaches, the Warriors should feel comfortable knowing that they are returning home with their three all-stars set to defend their home turf. The pressure may be at an all-time high, but Game 7 will still be advantage Warriors. As for King James and the Cavs, does he and his star point guard have a enough left in the tank to bring home the long awaited championship that has been haunting Cleveland for decades? In a playoffs that have become so hard to predict and to analyze, I guess my best advice for anyone is to just tune in and find out!