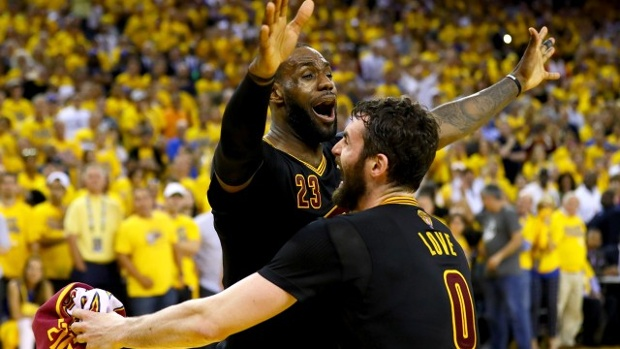 A Champion, A MVP, A King – Long Live the King!

The final buzzer sounds and the 2016 Finals MVP drops to the floor in tears. His mission and promise to bring a championship to Cleveland now complete. The dream chasing, the sweat, the grind has finally all come to fruition in one perfect moment. The chase down block on his 2015 kryptonite, former Finals’ MVP Andre Iguodala to Kyrie Irving’s killer three.

“I came back for a reason,” LeBron James said after the win. “I came back to bring a championship to our city.”

Everything came full circle for the Cavs and in what better fashion? In a series comprised of blow out after blow out, the final game went right down to the wire.

Down 3-1, Cleveland did what no Finals team has ever been able to do and were able to accomplish their comeback by winning two elimination games on the floor of one of the more dangerous home team in NBA history. The amount of credit that the Cleveland Cavaliers deserve cannot be simply summed in a single article or story.

LeBron James was unstoppable when the Cavaliers needed it most. Kyrie Irving was a cold-blooded killer, dropping big shot after big shot, none bigger than his three-pointer in the final minute of Game 7. J.R. Smith became more than just a streaky three-point shooter, providing both offence and defence night in and night out. Tristan Thompson was a demon on the boards and guarded everyone and anyone. Richard Jefferson added an impactful presence off the bench, especially in Kevin Love’s absence. Not bad for a dude who has seemingly been around forever and has reached his ultimate NBA goal as he is set to leave the game in the offseason. There is no better feeling then retiring on top.

And no one can forget about the last third of the ‘Big 3’. Kevin Love provided a huge 14-rebounds silencing his critics in the biggest game of the NBA season. 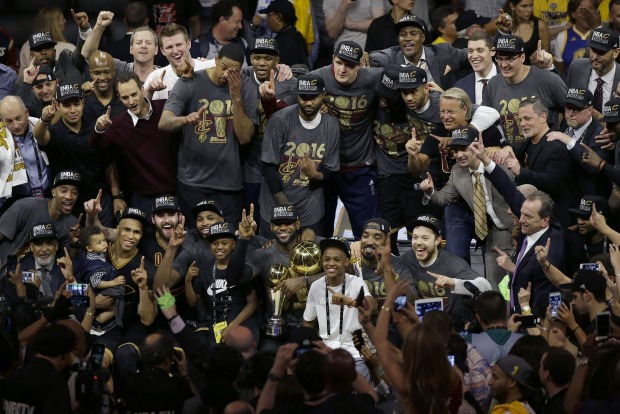 This win was well deserved and a complete team effort from a team that everyone thought only relied on the heroism of their two superstars. Sure, at the end it did come down to their two stars, but when the pressure mounted, it was the Warriors who abandoned the blueprint behind their success and turned to quick, ill-advised shots. The ball movement was non-existent and ‘Splash City’ turned into brick city in the most inopportune time.

In life, some lessons are learned in the hardest ways possible and in most cases it is for the best. After Game 2, Klay Thompson was ready to call his Warriors squad better than his dad’s Showtime Lakers team. After Game 4, Draymond Green was already celebrating a repeat. The Warriors’ success obviously got to their heads and manifested into brash cockiness, but when all they needed to do was to close, they blew it like a blown save in a Game 7 of an MLB World Series. 73-9 isn’t bad, but 72-10 just has a better ring to it. The lesson was surely learned and it will be this lesson that the Warriors will need to carry into next season.

“It will haunt me for a while,” said Steph Curry at the podium post-game. “Because it means a lot to me to try to lead my team and do what I need to do on the court and the big stages. Done it before. Didn’t do it tonight.”

The turning point in the series was the Green suspension for Game 5. James and Irving turned it up a couple hundred notches and never looked back. With all the cockiness, the hype, even an angry wife of an MVP tweeting out unnecessary thoughts – the conclusion was an embarrassment for the Warriors. The Warriors simply blew it.

There will always be criticism directed at Steve Kerr for not resting his guys at the end of the regular season in an effort to chase the NBA record. All that must be put to rest. The NBA season is 82-games and the Warriors put themselves in a great situation. Fact is, in the biggest game of the season, they failed to show up and came out flat. 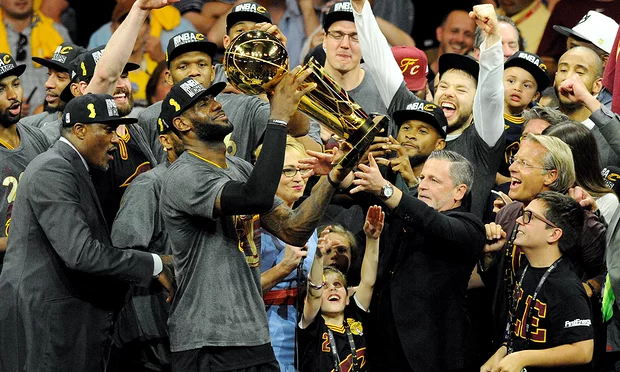 What’s next for both teams? Well the Cavs are now at the pinnacle of the NBA world. The move to the top came with acquiring two key pieces in Kyrie Irving and J.R. Smith at last season’s NBA trade deadline. This was followed by the firing of David Blatt, the hiring of Tyron Lue and trading for stretch four, Channing Frye who was crucial leading up to the Finals. Not much has to be done for the Champion Cavs. With LeBron and Kyrie leading the way, there is no reason the team cannot repeat.

The key of course will be Kevin Love and how he can adapt to his ‘Chris Bosh’ role. Will he stay or will he be traded away? The only way Love will fit into Tyron Lue’s offence is if he accepts his role as the third scorer and the best of the supporting cast on a very good team. At many points, it seemed like Love was still searching for his role, or maybe trying to do more than he was asked for. Although shots were not falling for Love in Game 7, his work on the glass was necessary in landing the championship in Cleveland.

For the Warriors, a path back to the Finals will be a tad murkier. Harrison Barnes is a restricted free agent, big man Andrew Bogut is entering free agency as well and of course the constant chatter surrounding the possibility of landing Kevin Durant in the Bay Area will not die down until a contract is signed. Still, the Warriors have the star power and the personnel to be a contender for many years to come. How this Golden State team rebounds following such a heartbreaking loss will be the telling tale of this core’s legacy.

One thing is for sure; there will be no burning of LeBron James jerseys this summer in Cleveland, Ohio.