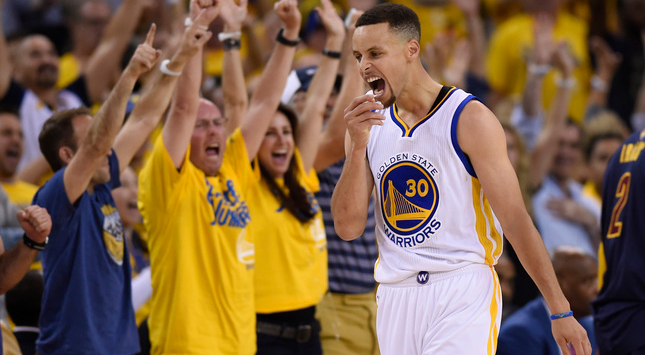 For the Warriors, It may just be Written in the Stars

Well then. That did just happen. Game 1 was not too great, but Game 2 was much, much worse for the Cavs. On the bright side, no clipboards were harmed in the witnessed destruction of the Eastern Conference champions.

To put it lightly, the Cavs got steam rolled. They were outclassed, outplayed, outhustled, out everything really. A night of frustration for LeBron James as he and his team could not find any answer for a Warriors team firing on all cylinders. And at the end of the night, the most painful aspect of the game was that the Cavaliers really just checked out when the Warriors pressure became too overwhelming.

We have seen it time and time again over the course of the regular season where teams crumbled and folded against the Warriors when the dominance became too much, but in the playoffs, let alone the Finals, it’s time to put on the big-boy pants and compete for all 48-minutes. The Cavaliers failed to do so.

Big question now is; can the Cavs recover from this or is this series approaching a premature conclusion? Through two games, it sure does look like the latter. The Warriors have been putting on a basketball clinic and are no doubt looking to wrap this season up in Cleveland.

This is not your typical basketball team, the Warriors have set the NBA record for the most road wins in a season and will be heading into Ohio not with a mindset of stealing one, but looking to close their opposition out.

If Kobe Bryant says it, I believe it; this is a team led by two stars with a cold-blooded killer mentality and they are not about to take the pressure off the Cleveland Cavaliers.

Talk all you want about LeBron James, Kyrie Irving and Kevin Love, but chemistry and ball movement will consistently win championships over egos and superstars. The Warriors, much like the San Antonio Spurs of a few seasons back, are proving that very fact. The ball never stops moving for the Warriors and it is beauty to behold.

Steph Curry doesn’t have to dominate the game for the Warriors to win and neither does Klay Thompson. This Warriors team is built for these moments. The versatility of this team is perfect, the chemistry is top notch and the ball movement being put on display is an art. The Cavs may have been destroyed 110-77, but the hardcore basketball fans no doubt stuck around for the pure brilliance exhibited by the Golden State offence. 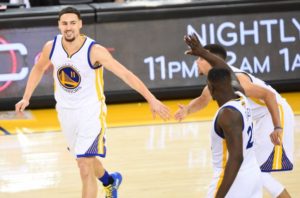 The Warriors outshot the Cavs 54% to 35%, scoring 10 more threes, while grabbing 12 more boards and picking up 11 extra dimes. Let’s remember that the Warriors turned the ball over 20-times so let’s only imagine what the scoreboard would have looked like if Golden States took care of the ball a little bit better.

Plain and simple, the effort was just not there for the Cavs. They found out quickly that the Warriors were a match-up nightmare and just folded. To make matters worst, Kevin Love exited the game for the Cavaliers with concussion-like symptoms and did not return.

For Golden State, Draymond Green had another huge game. The team’s emotional leader scored 28-points on the night, picking up seven rebounds and five assists in the process, while hitting five shots from beyond the arc. Curry (18-points) and Thompson (17-points) had bounce back games, in their three quarters of work, while Andrew Bogut and Andre Iguodala led the defensive onslaught right from the get-go. Steph Curry also had a game-high nine rebounds – yup, it was really that kind of night.

Ultimately, the Warriors looked exactly how they looked all season long. A team that dominates and eventually takes over the game in the third quarter and rests its top guys in the fourth.

Game 3 will undoubtedly have an elimination game atmosphere. It will be a must-win situation for the Cavs. Sure, you could say the Cavs are going back to their home floor and everything will change as the comfort level increases, but the bigger issue is how? What can the Cavs do when they are facing a team racing towards history and destiny at such a torrid pace?

We were all caught off guard by how quick the Cavaliers played throughout the postseason, but the Warriors are just blowing them out of the water. The Warriors are running the Cavs off the floor.

When Steve Kerr went small in both game of these Finals with Harrison Barnes, Andre Iguodala, and Draymond Green manning the frontcourt, momentum began to shift over to the Warriors’ side and very quickly, Golden State found itself building a big lead – one they would not cough up.

The Cavs are a team that cannot compete with that. They need the likes of Irving, Love, J.R. Smith and even Channing Frye on the floor to help James carry the offensive load, but at the same time they are all defensive liabilities and the Warriors are downright abusing each and every single one of them. 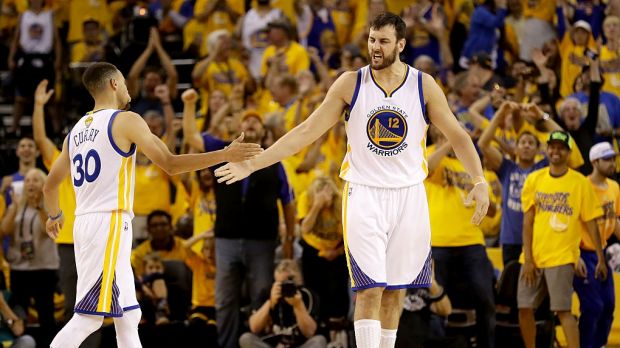 Now with a few days off, Tyron Lue will have to find something that will make this series competitive. The Cavaliers are not able to handle the Warriors when they play their two bigs together at the same time. Tristan Thompson’s is turning into a liability on both ends and the Cavs are desperate for answers – answers that they may not find on their roster – Not because they aren’t good or deep enough, but the Warriors are just on another level.

If the Cavaliers come out on their home court, looking like the team we have seen through the first two games of this series, we can just hand over the championship to the Warriors. The Cavaliers must respond to being pinned against the wall and force the Warriors to feel some sort of adversity.

A competitive NBA Finals is what everyone wants to see, but do the Cavs have the personnel to match the Warriors intensity and style of play? That is yet to be seen.

So far, so good as the Warriors find themselves in the driver’s seat. Just two games away from NBA history!

There really is strength in numbers!