Winners and Losers on Draft Night 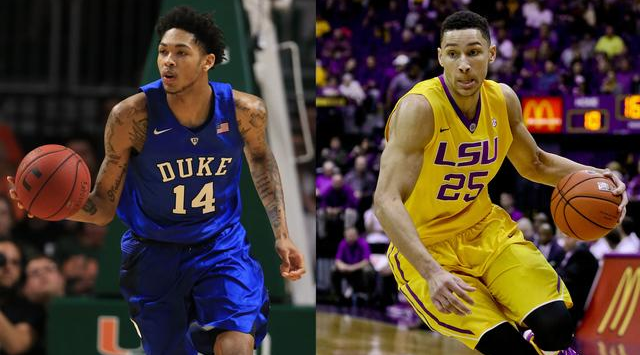 Add Another Strong Showing from North of the Border

On the night of June 23, the NBA world was zeroed in on Brooklyn for the 2016 NBA Draft. A fairly weak draft loaded with upside, but a draft that for months now has spotlighted two guys with star potential in particular – Ben Simmons out of LSU and Brandon Ingram out of Duke.

Like most projected, Ben Simmons went first overall to the Philadelphia Sixers, while Brandon Ingram followed shortly after going second to the Los Angeles Lakers. The following six picks saw the next level of talent get chosen, which left the rest of the field – the gamble picks, the high upside-high risk dudes. Again, a weak draft where some lady luck would go along way in each decision made.

Still, there were some teams that made the most of their night, while others would prefer to forget the 2016 NBA Draft. Also the Toronto Raptors made a couple moves and we will get into all of that with our Draft Night breakdown!

Indiana Pacers:
Surprisingly, one of the winners on the night is a team that did not even make a pick in the first round. The Indiana Pacers made their first big splash the day before the draft trading for All-Star point guard, Jeff Teague. They then made another big move the night of the draft, trading their first round pick along with a second rounder for Thad Young, a solid power forward who will be a great complimentary piece for Teague and Superstar Paul George in Indiana.

Adding that trio to the young Myles Turner and the Pacers should no doubt continue to climb the Eastern Conference ladder. The Pacers now have a nice core in place along with great support for their stars, with a bit more added shooting, the Pacers will be a tough out in the East.

Phoenix Suns:
The Phoenix Suns loaded up on a few high upside players, three of which could become stars in time with the right development. A rebuilding team like Phoenix has the time, which makes the selection of Dragan Bender and the acquisition of Marquise Chriss perfect for a team that, has loaded up on guards in years past. Both guys provide size and the ability to stretch the floor with their shooting ability. They can make mistakes in Phoenix and learn from them as they build for the future. Chriss especially, who can develop into a very good shot blocker, rebounder, and a valuable stretch-four may turn out to be one of the hidden gems of the 2016 Draft a few years down the line.

But what is a Phoenix Suns’ draft without a guard being taken? The guard in question; Tyler Ulis, an undersized guard, who is a very good scorer, shooter, and feisty defender and a player who should add to the youth movement in the desert. Think Isaiah Thomas and it is fairly easy to see what Ulis could become if he reaches his ceiling.

For a team loaded with young talent of the likes of Devin Booker, Brandon Knight, and Eric Bledsoe, the pieces just keep on coming for Earl Watson and the Suns, and if the development continues according to plan, the Suns should eventually return to the promised land – the playoffs. 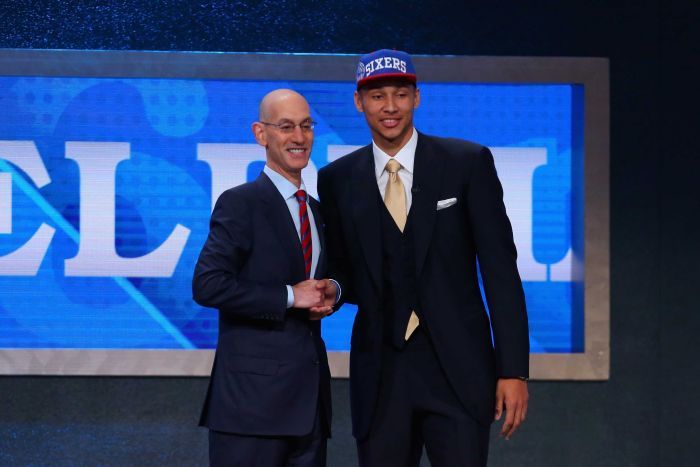 OKC Thunder and Orlando Magic:
In a draft night trade that benefits both teams, the Magic shipped Victor Oladipo, Ersan Ilyasova, and their number-12 overall first round pick, Domantas Sabonis to Oklahoma City as they are set to receive Serge Ibaka in a trade that is pending approval from the league office.

What does this do for both teams? Well, there were reports that the Magic were shopping Oladipo in an effort to add much needed rim protection, which they get with Ibaka. Ibaka is also able to step out and has transformed his game to cater to the modern NBA stretch-four movement.

For the Thunder, Sabonis is another gritty and high energy rebounder and defender who will blend well playing behind Steven Adams. Oladipo also gives the Thunder much needed scoring from the shooting guard spot as well as a solid on-ball defender. As for Ersan Ilyasova, you can never have enough shooting, right?

All that is left for the Thunder is to re-sign Kevin Durant. Should be easy enough.

Brooklyn Nets and the New York Knicks:
The host state’s teams are not necessarily enjoying their night. If it helps them feel better, it seems like half the NBA is taking picks they stole from the Nets and the Knicks and using them towards building their respective franchises.

At least the Knicks got themselves Derrick Rose; otherwise they would have a weekend to forget. Meanwhile, the Brooklyn Nets continue to sell, desperately hoping to get back on track after years of mismanagement.

On the Raptors front, there were rumours that the team engaged in trade talks with OKC over Serge Ibaka – talks that eventually fell through. Masai Ujiri and the Toronto Raptors went onto pick big man Jacob Poeltl out of Utah and another power forward in Pascal Siakam out of New Mexico.

Poeltl, selected ninth overall, is Austrian-born centre who has the top back-to-the-basket game in this year’s draft. At 7’1’’, he offers size, although he has to gain more weight, as well as athleticism. He has good mobility for his height, nice footwork, with the ability to shoot and defend. Poeltl has established himself as a top-10 pick in this year’s draft and the pick should come to no surprise for a team that may be looking at losing Bismack Biyombo in free agency.

As accustomed from the Toronto Raptors, Masai Ujiri threw everyone a curveball with his second pick of the night. The Cameroon-native, Siakam, who was projected to go somewhere in the second round got his call early Toronto picked him up 27th overall.

The power forward averaged 20.3 points, 11.5 rebounds and 2.2 blocks per game for the Aggies and similar to Poeltl shows off great mobility, hustle and potential. He is a high-energy guy, similar to Biyombo with the ability to be a great defender and rim protector. No, he is not a good shooter, but on a team like the Raptors, he will not need to provide much scoring, but will need to attempt to replace Biz, as it seems like a potential return looks more and more unlikely.

Murray, probably the best offensive player out of Canada since Steve Nash, is a lethal shooter from both mid range and from three, is a great decision-maker who will slow develop into a great, defensively sound combo-guard in a great Mike Malone system in Denver. Maker on the other hand is a freak, high-motor athlete with great size. An incredible shot blocker and rebounder, he may even turn into one of the best players in this draft. The Bucks needed more interior toughness and they received it. Whether the Sudanese-born product is 19 or older, there is no question that he can play on the highest level of basketball.

Of course, draft night was a very successful night for some teams, as well as Canada Basketball, but it is only the start of a very busy offseason still to come and with free agency starting very shortly; more excitement is on its way!