As the clock struck midnight, signalling what was to be the start of a crazy free agency-opening weekend, the Toronto Raptors and DeMar DeRozan made the first move of what is sure to be a long summer of planning and retooling.

DeRozan is a Raptor through and through. Being draft by the franchise, DeMar was here through all the rough patches. He was there when the Raptors were in the Eastern Conference cellar, when the Raptors were riddled in mediocrity. And as the Raptors grew into contenders, DeRozan morphed into an All-Star. He was truly not going to leave and there was really no better spot for him in the league than in Toronto.

Despite Drake giving Raptor fans a glimmer of hope that Kevin Durant was coming to the 6ix, it is very clear now, that that was nothing more than a glimmer. The Raptors have their guy and they repaid his loyalty with the wealthiest contract in Canadian sports history at five-years, $137.5-million dollars ($16-million short of the NBA new max deal).

Coming out of USC, DeRozan was nothing more than a project, a raw talent, but an athletic one at that. As seasons passed, no one worked on his game more and harder than DeRozan. He has turned into one of the best slashers in the NBA, one of the best at drawing contact and a premier mid-ranged shooter in what has becoming a three-point league. He is a smart defender, a much-improved passer, and his athleticism has never faded.

As free agency approached, circulating rumours primarily from ESPN kept preaching DeRozan’s desire to go home and play for the Los Angeles Lakers. But as the weekend has come and passed, DeMar’s love for the city and its franchise forced all the rumours surrounding him to dissipate and to disappear. DeRozan has always gone about things his way and despite the rumours of his impending departure; DeRozan always said that his heart remains in Toronto. No meetings were planned with any other team but the Raptors and sure enough, a deal was struck and it was well deserved.

So what now? Will Masai Ujiri and the Raptors wait until the free agency frenzy comes to an end before moving onwards in their offseason process? Will they wait until the Kevin Durant sweepstakes blow over? There have been rumours that the Raptors were aggressively pursuing Nerlens Noel as a replacement for the newly signed Orlando Magic, Bismack Biyombo (four-years, $72-million). Pau Gasol is another player the Raptors have shown interest in early on as well. The sharpshooting Danilo Gallinari of the Denver Nuggets could also be an option for the Raptors that hope to add consistent shooting to their elite guard play.

Moving on from the Raptors front, the first day of NBA free agency watched nearly $2-billion dollars be spent on all sorts of players. From the Timofey Mozgovs of the world, to the Nicholas Batums and it was only a start for what was a wild weekend in the NBA.

There may have not been a bigger signing thus far than Al Horford moving to the Boston Celtics, being inked to a four-year, $113-million deal. The Celtics have finally found their franchise big man in the form of the ex-Atlanta cornerstone who reportedly had no interest in playing alongside Dwight Howard (signed with Atlanta to a three-year, $70.5-million contract). A player, who will greatly improve the Celtic defence, offers Brad Stevens with rebounding, an ability to stretch the score, and a proven scorer and All-star on the NBA level to go along with Isaiah Thomas.

The Miami Heat worked quickly to sign the top centre on the market in Hassan Whiteside to a four-year deal worth near $100-million dollars. All the Heat have to now focus on is making their franchise player happy. Reports out of Miami claim that the Heat have low-balled Dwyane Wade and he is now entertaining offers from the Knicks, the Bulls and the Bucks. I realize it is near impossible to envision Wade in a different jersey, but with the Miami Heat cap restrictions, the possibility of Wade moving on has never been higher. 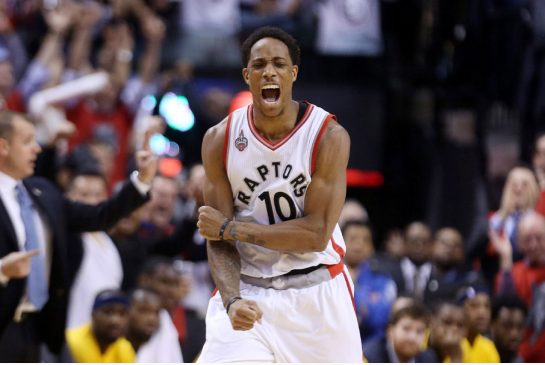 There were a few shocking and head scratching moves this past weekend as well. Joe Johnson signed with the Utah Jazz to a two-year, $22-million deal, while the Lakers brought in Luol Deng (four-years, $72-million) and Timofey Mozgov (four-years, $65-million). The Lakers and Jim Buss never fail to amaze us. After losing Eric Gordon (four-year, $53-million) and Ryan Anderson (four-year, $80-million) to the Houston Rockets The New Orleans Pelicans have went out in an effort to find of help for their superstar, Anthony Davis. Although the search was not successful, the Pelies were able to lock up E’Twaun Moore (four-years, $34-million) and Solomon Hill (four-years, $48-million).

The names did not stop there and the money kept flowing. The Pistons re-signed their franchise centre piece at five-years, $130-million. So did the Washington Wizards, locking up their oft-injured guard Bradley Beal to the same deal.

In other news, the rebuilding Orlando Magic are signing everyone. Just a week after acquiring Serge Ibaka, the Magic have since re-signed swingman Evan Fournier (five-years, $85-million) and added Biyombo, D.J. Augustin (four-years, $29-million), and Jeff Green (one-year, $15-million).

As the smoke of the first few days of free agency fades, an unlikely name has won him the largest contract in NBA history. He just so happens to have the same amount of All-Star game appearances as myself. The dude in question is Mike Conley who banked in on a huge five-year, $153-million dollar deal with the Memphis Grizzlies. Joining him in Memphis will be the former Maverick player-manager, Chandler Parsons who was inked to a four-year, $94.8-million deal. The moves have not only helped the Grizzlies preserve their core group made up of Tony Allen, Zach Randolph, Marc Gasol and Conley, it has also allowed the Grizzlies to finally find the small forward and three-point presence the Grizz were so desperately looking for.

As all the pieces are starting to fall into place, there are still more signings to be made. The Mavericks plan to give former NBA champion and Golden State Warriors Harrison Barnes a maximum offer sheet, while superstar Kevin Durant should make his final decision in the next 24-hours. Durant has had his meetings with half the NBA already, including the Los Angeles Clippers, the Warriors, the O.K.C. Thunder, the San Antonio Spurs and the Boston Celtics. All that is left is the decision.

This is the most exciting time in the NBA outside the playoffs and so far, it has been living up to its billing. The crazy money that has been spent, the stars relocating, the NBA has become a full-year sport.