Lots of Excitement, lots of Talent in the Nevada Desert

As all the dust of an exciting NBA Summer League in Las Vegas, Nevada has settled, it was the Denzel Valentine led Chicago Bulls who won the basketball championship of the summer. Unlike in the NCAA tournament, the former Spartan senior rose to the occasion and delivered in the clutch to outlast the Minnesota Timberwolves 84-82.

Tyus Jones attempted to recreate his Duke heroics, hitting a huge three with 3.6 seconds remaining on his way to a brilliant 27-point, 10-assist game, but Valentine matched his efforts, rattling in a three of his own with 0.2 seconds left, sending the game to overtime. Then it was Valentine again, hitting a twisting fadeaway to seal the championship for his Bulls over the Summer League MVP.

Other than his championship moment, Valentine was average for the most part all Summer League long, but there were other players who really stood out and most if not all can even go onto help their main squad as soon as this upcoming season.

Tyus Jones (Minnesota Timberwolves)- The Summer League MVP made a case for himself as a valuable player and one that can even help the very young and talented upstart wolves. The former first round pick out of Duke averaged 19-points and six-assists per game while leading his squad to the Summer League finals. He is an undersized guard, but he is an athlete and a potent shooter and although most of the talk in Minneapolis is centred on rookie Kris Dunn, Zach LaVine, Andrew Wiggins and Karl Anthony-Towns, Jones is a player who has worked his way into the core.

Jordan McRae (Cleveland Cavaliers)- McRae made his annual trip to the NBA Summer League a memorable one, as the 2014 second round pick led the field averaging 24-points per game. He poured in 30-plus points in back to back games with an attack-first mentality and the ability to get to the free throw line.

After two years of development in the D-League, McRae showed off a solid mid-range game, good decision-making and the ability to attack his defender one-on-one. Although his three-point stroke needs more refining, he can play a role for Cleveland this upcoming season, especially if J.R. Smith’s contract talks do not go as planned. 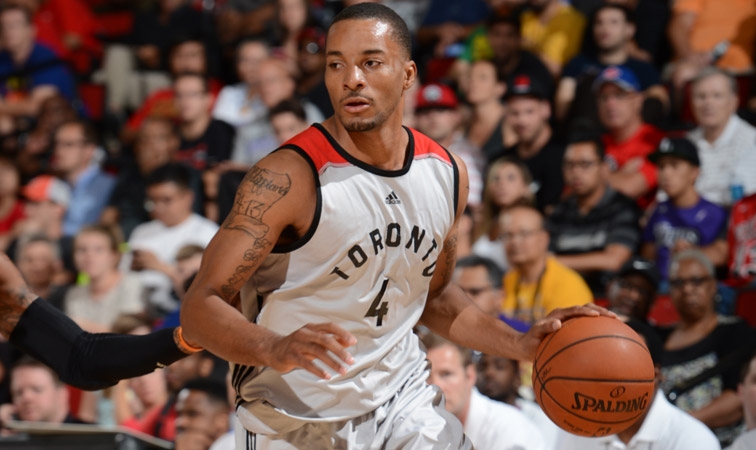 Norman Powell (Toronto Raptors)- The 2015 second round pick has made a name for himself very quickly in the first playoff run of his career. He continued to build on that name in NBA Summer League, being one of the best players in the tournament. Powell would averaged 20-points per game while showing off one of the best overall skillsets of any player in Vegas.

Watching Powell only a year ago and seeing him play now is night and day. He has become a much better three-point shooter; he can knock down his open mid-range shots, he can attack the basket at will, while being able to defend the best opposing wing player in the process. There is a reason why Terrence Ross is expendable and there is a reason why Powell took most of Ross’ minutes, especially against Indiana in round one of the 2016 playoffs. Powell has great natural instincts and has the potential to become a great two-way player.

He is a point guard in a power forward’s body and can even become a fulltime point guard on the NBA level. He has a rare mix of strength, size, and skill, as well as basketball IQ that has not been seen since King James himself. The 76ers cannot mess this up, can they?

Bobby Portis (Chicago Bulls)- There was plenty of hype surrounding the Portis last season, but now with both Pau Gasol and Joakim Noah gone, it will be up to him and Taj Gibson to man the post in Chi-Town.

So far so good! Bobby Portis was an absolute beast in Summer League averaging 16-points and nine-rebounds per game, while displaying his physicality, shooting strong, and competitive drive. He is essentially what the Bulls brass promised its fans post their loss of Gasol, Noah, and Derrick Rose – youth, athleticism, and hunger to compete. Of course the acquiring of Dwyane Wade and Rajon Rondo made us all scratch our heads a little bit, but that is not to diminish the value Portis will have on the 2016-17 Chicago Bulls Squad. 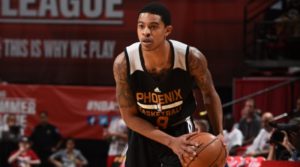 Tyler Ulis (Phoenix Suns)- With all the hype surrounding Jamal Murray, it is easy to forget that Murray was not even the best of the Kentucky rookies coming out of John Calipari’s system. That title belongs to one Tyler Ulis who dominated his way through college hoops on his way to a second round selection in the 2016 NBA Draft.

His lack of size will be the only hit to his game according to scouts, but he is a potent scorer, shooter and ball-handler with the ability to become a pesky defender and beat his man off the dribble. At only 5’10’’, Ulis still had no problems destroying defences all tournament long, while beating his former Wildcat backcourt mate’s team with a clutch buzzer beating three-pointer in the tournament.

This is not to say that Murray cannot become a great player on the NBA player, but Ulis may be the one who’s light shines brightest.

Devin Booker (Phoenix Suns)- Another Suns guard made headlines in Las Vegas and it just so happened to be another Kentucky alum, 19-year old, Devin Booker. Already one of the best shooters in all of basketball, Booker was a one-man wrecking crew offensively before he was shut down, scoring off the dribble, from behind the arc, and looking for favourable one-on-one match ups.

At just 19-years of age, he already plays with maturity and composure, and who knows with a young crop of talent (which also includes Marquese Chriss), does that make Eric Bledsoe and Brandon Knight expendable? Hmm…

D’Angelo Russell (Los Angeles Lakers)- Last but not least is NBA’s premier knucklehead, Mr. D’Angelo Russell. Aside from that, Russell showed exactly why the Lakers passed up on Jahlil Okafor to pick him second overall in the 2015 NBA Draft.

Probably the most improved player in Summer League, Russell has all the makings to be a star. He is brass and cocky, he is a great passer with good court vision, he continues to improve from the three-point line and can run a pick-n-roll offence to perfection. Oh and he has ice water in his veins as he is clearly not afraid to demonstrate by his signature arm tap.

With Kobe Bryant now gone, the next wave of Lakers are ready to step up. Julius Randle and Jordan Clarkson are the top two names in Cali right now, but a 21-point, six-rebound, and four-assist per game Summer League output from Russell has shown that he is more than ready to step into the spotlight.

The main question in Laker Nation is who has the Kobe-like killer instinct on the roster now. I think the answer to that is quite obvious.