What You Didn’t Know About Your Favourite NBA Stars 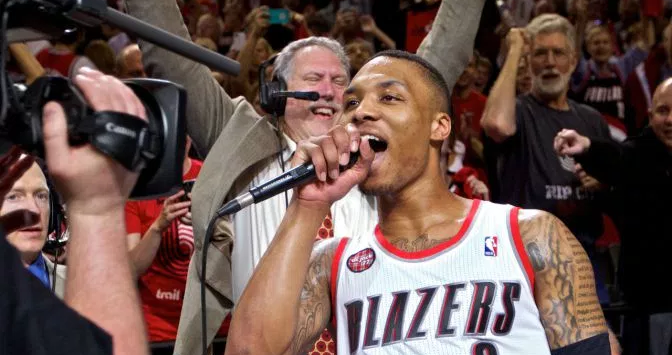 NBA Talent is not Limited to Basketball

Back when we were all kids, we thought our teachers lived in their classroom. I mean, where else can they go after the final bell rings? I think it’s quite obvious that the answer is nowhere and why? Simply because they are teachers.

Same thing applies to NBA player. All they do is practice then play 48-minute basketball games and then go home until the following days of practice and games start. It is a never-ending cycle of the life of a professional athlete in the NBA.

But what if I told you that some of your favourite NBA players have talents that are unrelated to basketball? And when I say talent, I do not mean Russell Westbrook’s eye for fashion because gross – I mean real talent!

So what do these peculiar NBA Stars do when the arena lights are down and they are off the court? Let’s try to forget that the great Michael Jordan once had a baseball career and take a quick look at who are the top five talented NBA players in the game!

Damian Lillard did not receive the nickname Dame D.O.L.L.A. without reason. Along with his skills and talents on the court, the 26-year old NBA star is a rap artist and a rather good one at that. Rest assured he is far better than some NBA part-time rappers of the past like Shaq and Allen Iverson.

In July of 2015, Lillard dropped his first single on the online music-streaming site Soundcloud, ‘Soldier in the Game’, and it was fire!

Since his musical debut, several major record companies vying to sign the superstar baller to their label have reportedly approached Lillard and his agent, Aaron Goodwin. In the meantime, Lillard has released a few more songs, including ‘Heatwave’ and ‘Bigger than Us’, a powerful message in an effort to fight racial discrimination in America.

Lillard would make many appearances on multiple talk shows where he would showcase his flow; none more infamously than his appearance on Sway in the Morning, where he dropped some bars that impressed the entire radio crew.

It is fair to say that Lillard is slaying some of the new age full-time rappers in the game with his lyrics and flow. Unfortunately, he does it as a past time.

Why is it that everything Kobe Bryant touches turns to gold? As some of us probably would guess, Kobe Bryant is really good at things off the court as well. One of those talents just so happens to be the piano.

It is well known that Kobe has had his fair share of trials and tribulations regarding his marriage stemming from his sexual assault charges in 2003. By 2011, his marriage with Vanessa Bryant was walking on needles leading to Vanessa filing for divorce, citing “irreconcilable differences”. In an effort to save the marriage, Kobe didn’t attempt the usually flowers and chocolate shtick. Instead, he taught himself how to play the ‘Moonlight Sonata’. Not taking any lessons because Kobe claimed that would be “too easy”; Kobe learned to play the piano by ear and mastered the Beethoven classic.

Oh, and Kobe was able to convince Vanessa Bryant to not divorce him. Seems like Kobe Bryant has the clutch gene both on and off the court. Now that is Mamba mentality. 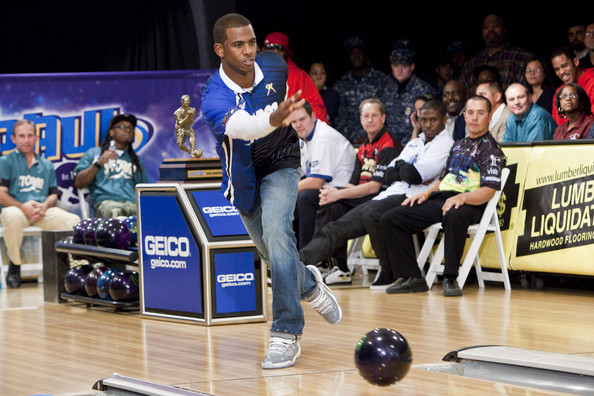 The 31-year old superstar really knows how to stay busy when he isn’t leading the Los Angeles Clippers on the court. Whether it is spending hours upon hours helping the community, or taking time off on a banana boat with his best friends, LeBron James and Dwyane Wade (then flying to DeAndre Jordan’s house to keep him hostage), there is one other thing that Chris Paul can do really well – bowl.

Everyone has that one friend who is obnoxiously good at bowling and always wants to make plans to head to the bowling alley when there are hundreds of other things to do – that’s Chris Paul. Paul even owns a franchise in the Professional Bowlers Association League called L.A.X.

Quite the irony for sure!

Dancing with the Stars is sure to be calling in soon because Kemba Walker does not only dance on the court with his wicked handle; he is also a very good dancer off the court.

What do you I mean by dance? Not John Wall doing the ‘Dougie’ or Russell Westbrook and Cameron Payne doing their thing pre-game – Kemba actually got moves!

Since the age of four, Walker was an exceptional dancer, a talent that has even given him an opportunity to appear in Harlem’s Apollo Theatre in amateur dance performances in which he stole the stage. As a kid, he excelled in modern, jazz and hip-hop; styles of dance that Walker even claims helped him with his footwork on the basketball court. The footwork that has helped him ascend the NBA ladder as one of the best young point guards in the game.

Who knows, maybe it is time to sign up our kids for dance if we want to see them succeed in the NBA? Cannot hurt, that’s for sure!

Is it a little mean to say that basketball is not the best thing former slam-dunk champ, Jeremy Evans does? Maybe so, but I am sure Evans would not mind us appreciating his multi-talented existence. 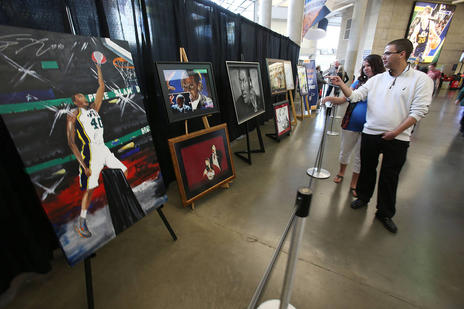 What is the talent? Evans is a really great artist.

For fans who don’t keep up with Evans’ work, he did jump over a very well self-painted work of art on his way to winning the 2012 NBA Slam Dunk competition. That was only one of the many masterpieces that Evans has produced during the span of his artistic career.

With a degree in art from Gonzaga, Evans continues to draw and paint, producing countless paintings and portraits, including a painting of a tiger, which he claims is his favourite.

Ranging from paintings of the rapper Tupac and Michael Jordan to Marilyn Monroe and even himself rocking headphones, Evans truly has a gift that he is not afraid to put on full display!