Who Should you be Following on Social Media: NBA Edition! If an NBA trade isn’t announced on Twitter, did the trade really go down? If there is no picture of J.R. Smith on Instagram with a shirt on, does J.R. Smith really own any shirts?

It is 2016 and today, social media is the best way to find out about everything in the world. From seeing how much better an NBA player’s life is compared to yours, to learning about Draymond Green’s little Draymond adventures in Rio, and of course to hearing about the latest dumb thing Donald Trump said in a recent convention. Point is, if you are not on social media, you’re either my grandma or living under a rock.

If you don’t think social media is king, just look at the 2014/15 offseason where the DeAndre Jordan fiasco was punctuated by an epic emoji war.

So, I clearly convinced you into getting onto social media, but now it’s time for step two – who should you follow? Your friends? No, who needs friends! First things first, you have to follow the coolest NBA stars on Instagram, Snapchat and Twitter, maybe even MySpace in the case of Tim Duncan!

Which NBA stars should you follow? No sweat, we got you covered as per usual, with the top-eight NBA stars on social media.

But before we begin, let’s take a second to admire Andrew Bogut’s first day in Olympic Village in Brazil! 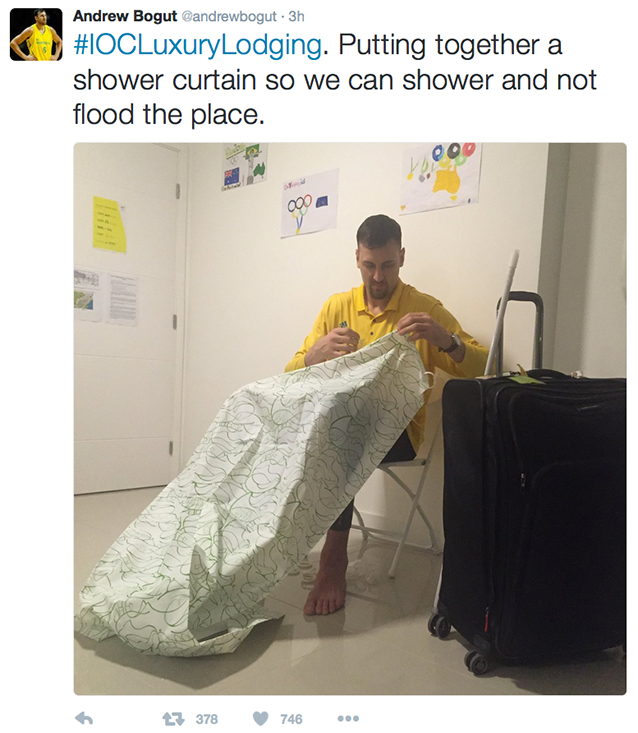 If there is ever going to be a SpaceJam 2, Isaiah Thomas has announced on his twitter feed (@isaiah_thomas) that he is ready to launch his acting career by taking over Muggsy Bogues’ role in the original film.

Active on every social media platform, if Bruce Lee is your thing, then Isaiah Thomas is your guy to follow!

Yes, follow at your own risk, but minus his one incident, Green is a hilarious follow. Especially on Snapchat (money23green), where all he really does is roast his own teammates. From their shoes, their clothes, even their on-court antics, Green will be the first to make sure his fans know what awkward thing happened in the locker room.

Now in Rio for the Olympics, you can bet that Green is busy getting back at his U.S. teammates as there isn’t much work to do on the court.

Fresh off a new NBA contract, Whiteside may be one of the most hilarious athletes on social media. Follow him on Snapchat and Twitter (youngwhiteside for both) and you will fall in love with the guy’s sense of humour and personality.

He is DJ Khaled’s favourite NBA player, notoriously seen in many of Khaled’s snaps during the NBA season; Whiteside has paved his on road to social media superstardom.

His twitter beef with Green was something special, but his dire attempts to up his NBA 2K rankings were comedy gold! Whiteside is also the guy who gives relationship advice by comparing two types of water. Doesn’t get much better than that! 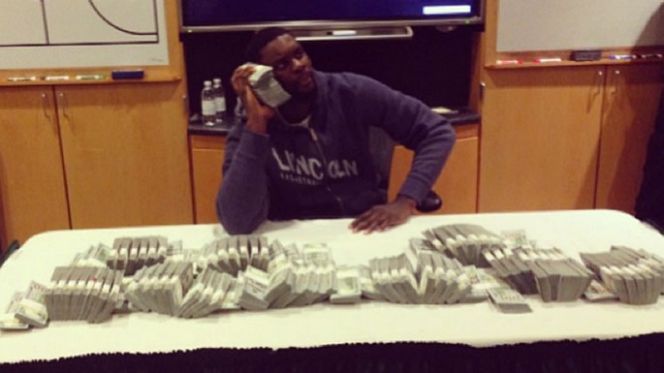 If you want to watch NBA’s most sought-after free agent dancing through life, this is the guy for you because Stephenson has a few hidden gems on his social media accounts!

The oldest player on the list just so happens to be one of the coolest in the entire league. Who says old men cannot be hip because grandpa R.J. may be the best Snapchat follow (rjeff24) in the entire NBA!

From creating the State Farm commercial personality, Lil Kev, to documenting the entire Cavaliers postseason run and post win celebrations, Jefferson provided us with a more comedic side to a team battling for a championship.

What better reason to get Snapchat than to get revenge on his Team U.S.A. teammates? That is exactly what Melo did (carmelokanthony) taking little time in ripping on the likes of DeAndre Jordan, Green and public enemy number one, Kevin Durant!

One of the most popular athletes in the entire NBA, Melo uses his social media platform not only to poke jokes at his teammates, but to also address some of the more serious topics that are affecting not only America, but also the world.

Breaking news! J.R. Smith owns shirts! Don’t believe me? Well, then follow him on Instagram (teamswish) and you will soon realize that at least part of J.R.’s pay cheque goes to good use!

He is quite possibly one of the more entertaining NBA players, for both good and not so good reason, but you cannot deny that Smith is without a doubt, a great follow. 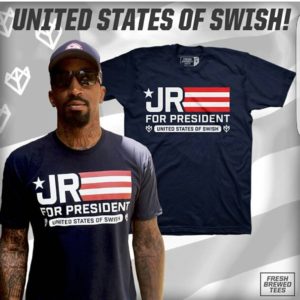 Should I even say more?

Last but not least is King James! While dominating on the floor, James still knows how to have some fun off the court.

Simply said, you have to follow the most popular active basketball player in the world, especially on Instagram (@kingjames). From motivational pictures, to humorous jabs at teammates, LeBron James on social media, similar to on the basketball court, is the top all-around, complete player!