Coach K Bows out on Top 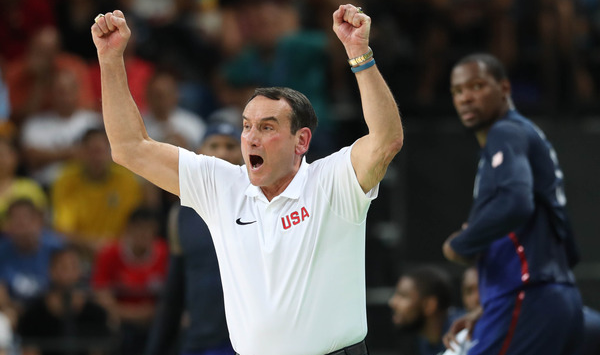 His Name is Mike Krzyzewski and he is Golden

As the month of August has come to an end, the 2016 Rio Games have come and passed and so too are the days of Coaching Legend Mike Krzyzewski’s time at the helm of Team USA Basketball.

As the USA’s Men’s basketball team capped off yet another successful tournament, Coach K would finish his international coaching career with the squad on top of the basketball world. The United States dismantled the Serbians in the final game of the Rio Olympics, and Coach K captured yet another gold medal.

The legacy that Coach K leaves behind supersedes the three straight gold medal finishes that he led his team too. Every one wanted to play for Krzyzewski as much as players wanted to play for their home country. Paul George suffered the most gruesome leg injury imaginable and happily ran back to play under Coach K in Rio. The long-time Duke coach established a lasting culture for success and that above all is what he will be remembered for on the international basketball stage.

Coach K was great at working with the many different egos that constituted each and every United States roster. From the guys who were dubbed “uncoachable” or “selfish” in the NBA circles, Coach K has seen it all and more importantly, has found ways to create a team that stood in solidarity.

During the NBA season, DeMarcus Cousins is probably the best big man in the entire NBA. He is a double-double machine, a dominant force on both ends of the court, but at the same time, he is a ticking time bomb. The Sacramento Kings are wasting away his talents and he understands that and it is always only a matter of time before he goes off. 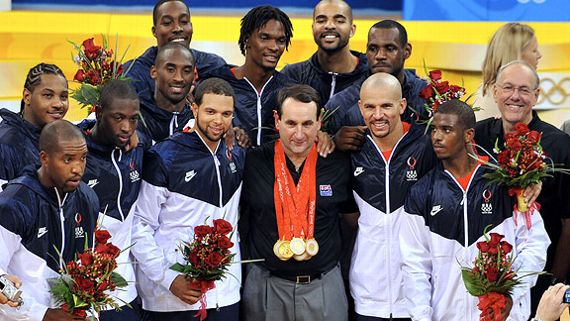 If it were ever possible to smell tension, it would reek inside the Kings’ locker room.

Same goes for the likes of Dwight Howard, the unpopular, borderline irritating players in the league for a variety of reasons, under the USA Basketball umbrella, Coach K took all the egos and made it work.

Put it this way. David Blatt could not handle the ego of LeBron James alone for a year and a half. Time and time again, Coach K was forced to handle and make work with the egos of the top 12 basketball players in the world.

Inheriting a program from Larry Brown, the coach of the 2004 Olympic team that only mustered up a third place finish despite a loaded team of Tim Duncan, LeBron James, Dwyane Wade, Carmelo Anthony, and Allen Iverson. A team loaded on talent and easily a gold medal favourite, yet it was not meant to be and the tumultuous tenure of Brown ended then and there after complaints of being unhappy with the players he was forced to coach and the egos he was thrust to deal with.

Winning helps, yes, but before the winning comes; the groundwork must be put into place, a program or order that was not there prior to Krzyzewski’s arrival. With Coach K, the culture changed, the roles were established.

Superstars had to acquire new roles; the 2016 roster was no different. Kyrie Irving had to distribute the ball more than he ever has, DeMar DeRozan had to see very little game time, Carmello Anthony could not dominate the ball as much as he has throughout his career, Kyle Lowry had to lead the second unit off the bench, and so on and so forth. 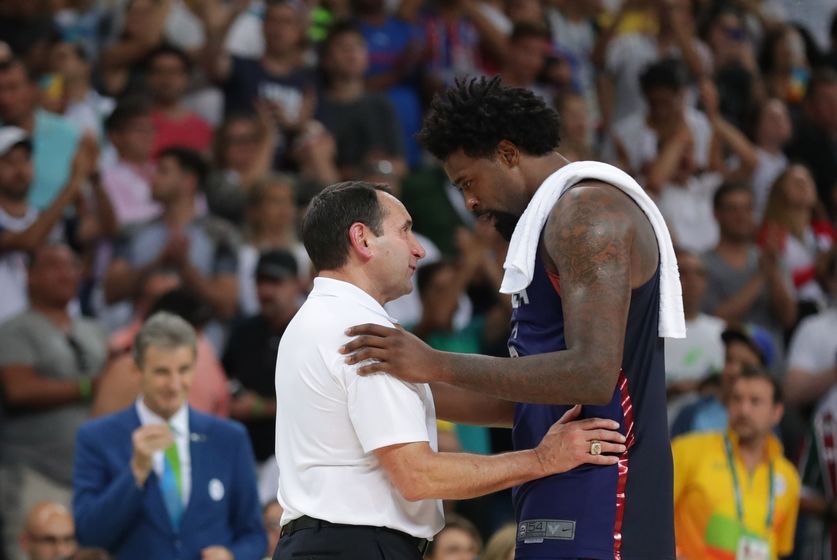 Harrison Barnes? Just sit there, smile and look pretty. You get the gist of it.

Talent alone does not win basketball tournaments. Culture and chemistry does.

Kyrie Irving nails a heart breaking three-pointer in an NBA Finals Game 7, and just weeks later has to practice with three guys who just got beat by his shot and his team. Chemistry is not easy to build.

When the Americans first felt adversity in Pool Play, when they were pulling off and just escaping with wins, media outlets were quick to jump to criticism, claiming the team’s star-dominate, role player-lacking roster does not mesh well and will not succeed on the Olympic stage come the medal games.

Coach K preaches collective responsibility. Every player has a role and players listen. They buy into Coach K’s system and do not question it because of the respect that Krzyzewski. There is never a case of NBA players arguing on the sideline, telling their head coach what play should happen or what should be run. The LeBron James’, the Kobe Bryants, every great of the game who has played under Coach K has bought in and won a gold medal in the process while becoming an even better basketball player.

The players by in and they feel the impact that Coach K has had on their careers.

“Instilling his trust into NBA players and being the face of USA Basketball”, Melo said at the conclusion of the Rio basketball tournament, “I just want to say thanks of that”.

Through it all, Coach K has stayed humble to the game and to the program built by USA Basketball.

“What I’ve loved the most are these guys,” said an emotional Coach K after completing the Olympic basketball three-peat. “It set the example for our younger generation in the United States, to where everybody is proud of USA basketball”.

It is hard to understand the greatness that comes with Coach K. Part of that is because his Olympic team could not stop winning while the talent accumulated over their three Olympic runs spoke for itself.

Maybe the only way to fully understand what Coach K did for USA basketball will come when they lose? Either way, Coach K leaves being highly regarded as one of the greatest basketball minds in the history of the game, being replaced by another exceptional coach.

All that is left is to appreciate and to thank Krzyzewski for all he has done for basketball on the international stage and go back to hating the villains that are the Duke Blue Devils.