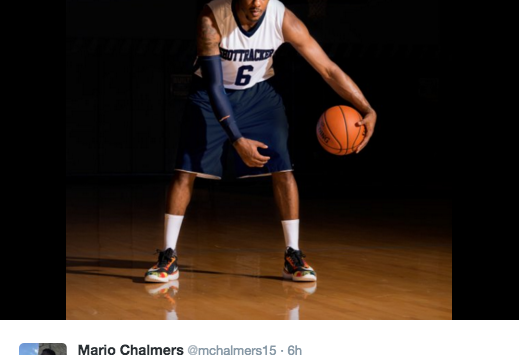 ShotTracker Offers Unique Shooting Insight for Both Pros and Joes

Eight years ago, Mario Chalmers hit one of the most memorable three-pointers ever when he stunned the Memphis Tigers by sending the Final Four championship into overtime with a buzzer beater. Sinking huge shots like that are the types of rare moments basketball players dream about, but draining shots consistently is how they actually make a living.

That’s why Chalmers is now working with ShotTracker, a company that produces wearable technology designed to compile shooting data and give shooters information that will help them further hone their craft. It’s an ambitious system that has an enormous amount of potential when it comes to giving both NBA players and amateurs a leg up on their competition—which is why it should come as no surprise that Klay Thompson, arguably the best shooter in the NBA today, is working with the company as well. 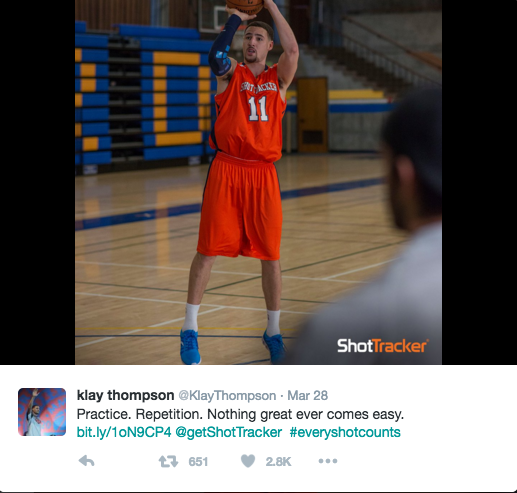 ShotTracker utilizes three main components in its approach: a wrist sensor, a net sensor, and an app. The sensors take stock of your makes and misses and send all the information to the app, which then converts it into various statistics, shot maps, and makes it available for others to see if you so choose. It also gives the option of going through structured workout drills that are designed to improve specific parts of one’s game. Plus, on the ShotTracker website, there are various interactive programs and challenges that connect the ShotTracker community at large.

Although it hasn’t quite hit the market yet, you can also pre-order a more elaborate system that tracks the performance of an entire team, which requires the use of a special Spalding ShotTracker ball. It’s a technology that could significantly alter the way that some teams treat their practices (thankfully for recent Hall of Fame inductee Allen Iverson, it wasn’t around when he was practicing in the early 2000’s).

If you’re looking to finally make the Varsity team or just hoping to put on a better show in pickup ball games at the YMCA, ShotTracker could be worth investing in. Doing so would put you in pretty good company.