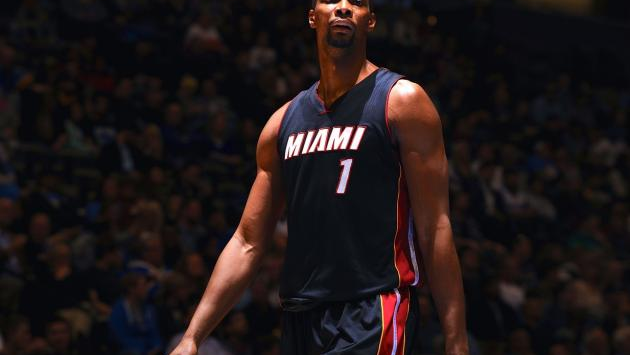 Chris Bosh Not Returning May Be What Riley Was Looking For

News broke earlier on Friday morning that Chris Bosh failed his physical with the Miami Heat and has not been cleared for the team’s training camp. After weeks of anticipation and Bosh himself claiming he is fit and ready to go, the reality struck the NBA world with feelings of shock and overwhelming sadness.

What is next for Bosh? The blood clot issue is still there and unresolved. Is this the end of the line for one of the more underappreciated great players of the game?

The 32-year old veteran boasts a very impressive NBA resume, which includes two NBA rings, as well as 11 All-Star selections. He also owns an Olympic gold medal and is the Toronto Raptors’ all time leading scorer. Through 13-NBA seasons, Bosh has averaged 19-points and nine-boards a game.

After spending seven successful seasons with the Raptors, Bosh took his talents to South Beach where he joined forces with LeBron James and Dwyane Wade, forming the ‘Big 3’.

After enjoying the highs of championship glory and the taste of victory champagne, everything came crashing down for Bosh and the Miami Heat in 2015.

LeBron James, now a Cleveland Cavalier, and the championship days gone with him, Bosh was admitted into a Miami hospital after the 2015 NBA All-Star break for lung tests. The results came in and on February 21, Bosh was ruled out for the remainder of the season due to a blood clot in one of his lungs.

Bosh made his return the following October in a 21-point, 10-rebound performance in the season-opener against the Charlotte Hornets. He continued to put up great numbers for the next few months, earning yet another spot on the NBA All-Star Eastern Conference roster, but the blood clot struck again. Blood clot in his leg forced Bosh to miss the game as well as the rest of the season. 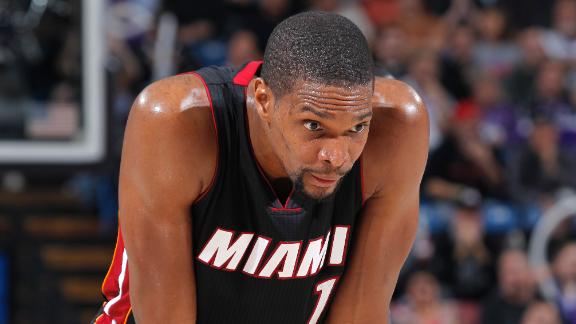 With hope for yet another return, Bosh’s dream was put on hold yet again in part to numerous blood clot related set backs that ruled him ineligible to participate in training camp.

The potential dangers and health risks of playing through blood clot forced team physicians to force Bosh off the court. This occasion marks the third time in three years in which a blood clot has forced Bosh away from the game and this may be the last.

Yahoo! Sports’ NBA reporter Adrian Wojnarowski tweeted that sources believe that Bosh’s tenure with the team is believed to be over and with that so may be his career.

Bosh now has the ultimate decision to make and for his sake, the right decision will be the toughest call to make. Bosh has had a Hall of Fame worthy career. He has become a star in Toronto and has been a star in Miami. He has won championships, he has made All-Star teams, and he has done everything any little kid growing up wanting to become a basketball player would ever aspire of doing. He has nothing left to prove – nothing, except for proving to himself that he can return to the court.

And that is the most dangerous factor of all. Bosh is a professional basketball player. He lives off of competition and it will be up to him and his family to make the right choice on what will be his next step.

Bosh’s next step will be the Heats’ gain, in a very horrible sounding way, and that is where Pat Riley’s master plan comes into affect.

There is a fine line between being a general manager and a fan. Often times a General Manager lets loyalty mask reality. Who wouldn’t want Dwyane Wade to remain a Heat for the rest of his life, or Paul Pierce a Celtics? The cash cow that Wade is for his team cannot supersede what the team is attempting to do and that is win basketball games and championships and to win teams must move on and not fall into the trap of signing a guy out of loyalty and respect for what he has done for them over the past decade.

James is gone. Wade wanted a long-term deal from the Heat and based on his track record and his accomplishments with the team, he deserves one. Only problem is, he is 34-years old, still a superstar, but a player with little explosiveness left in his body and knee problems stemming to his days in Marquette. What Wade is, is the heart and soul of the Heat organization and Heat fans were up in arms when Wade chose to leave the team after being low-balled by management.

How can you do that to a franchise piece? A 13-year relationship thrown away simply because of a lack of reward given to a player that brought three championships to a city that prior to Wade had none.

That is what makes Riley great. He is a multiple time champion in his own right, a model of consistency, a winner in every sense of the word. Every time Wade wanted his long-term deal, Riley reassured him that it was coming. Meanwhile Wade took a pay cut, then signed a short-term deal with a player’s option and now is out of the city. 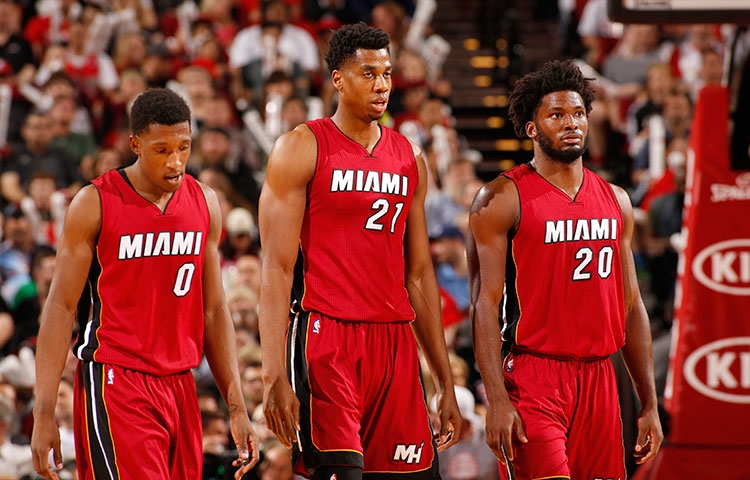 Riley milked Wade’s superstardom and now with not many more miles left in Wade’s body, he is gone, and Riley is ready to move on to build another winning team.

Where does Bosh come into this equation? The era of the ‘Big 3’ is over and Bosh was the last of the three to be hanging around. Riley has just made a huge investment in Hassan Whiteside and he is committed to Goran Dragic. The team is young. Justice Winslow and Josh Richardson will be getting more playing time in hopes of them developing into stars themselves. The Heat have even taken a gamble by matching Tyler Johnson’s offer sheet with the Nets.

The most important thing as a manager in a sport is to realize when something good has run its course and to move on. The Lakers could not pull the trigger with Kobe Bryant. Instead to gave him the largest contract at the time to keep him aboard for the final two years of his career. Both years were brutal. The development of their young players was delayed and due to Bryant’s large contract, the Lakers couldn’t bring in fresh, young, star talent. The Mavericks have been and are still making the same mistake with Dirk Nowitzki.

Pat Riley is a different animal. He has been through it all and has ten rings to show for it and Pat Riley believes that the core of Whiteside, Richardson, and Winslow is what the Heat can succeed with. Dragic was brought in to play a more fast-paced offensive game, one that made him a star in the first place in Phoenix. Without guys like Wade, Bosh, Luol Deng, and Joe Johnson, the Heat can do exactly that. It may not translate to wins this year, but it is a step in the right direction.

Development is a process in itself, and keeping pieces of the past would only delay the development process. Bosh’s blood clot problem may mean the end of his hall of fame-worthy career, but it in essence is a blessing in disguise for Pat Riley and the Heat – a team that knows how to win and prioritizes winning over everything. And prioritizing winning over loyalty is what will keep stars coming to South Beach in search of new contracts.