Raptors Eyes Always Been On The Prize

From Day One, Only One Goal in Mind

On Monday morning, the 2016/17 NBA season unofficially began as the reigning Atlantic Division champs, Toronto Raptors hosted their media day in the BioSteel Centre, fresh off the heels of the most successful season in team history.

After coming two wins shy of competing for a championships, the goal for 2016/17 is crystal clear. There is no sugar coating with this basketball team. Yet again, Dwane Casey has the job to take the next step with the still young, yet seasoned Toronto Raptors squad.

“I know where we got to last year and I know that there are expectations,” said Masai Ujiri when he met with the Toronto media. “But what are expectations in sports? To me, in sports is winning. That’s the mandate in sports. I don’t care where your organization is, it’s all about winning and competing and that what we’re going to do.”

Most of the players didn’t hide their intentions regarding the upcoming season either. Last season was about getting over the hump, this season is about so much more.

As the media day continued, so did the same trend in the answers. The goal was made obvious, but the process was what was emphasized.

“Right now, I just want to get through training camp, make sure were’ on the same page, we continue to grow, be defensive minded, and go from there,” said Lowry on the teams thought process going into yet another training camp with the same core in tact.”

With a few new faces in the room, and a few old ones now gone, the Raptors may be entering the season a better team. Having lost Luis Scola, but finding a suitable upgrade in Jared Sullinger, drafting two bright looking rookies in Pascal Siakam and Jakob Poeltl and of course re-signing a franchise cornerstone in DeMar Derozan, the Raptors are all set to compete against a more improved Eastern Conference in an effort to dethrone the Cleveland Cavaliers.

“Pascal Siakam might come up and blow everybody out of the water,” said head coach Casey on the young rookie, a African-born big man with skills eerily familiar to those of the recently departed Bismack Biyombo.

As the narrative goes with most contending teams, the most vital aspect to the Raptors 2016/17 success will come with health. Plagued by the yearlong setbacks of DeMarre Carroll and the injury to Jonas Valanciunas in the playoffs, the Raptors chances of pushing the Cavs to the brink took a big hit. If the Raptors can make it into the playoffs healthy, this season will be different.

This may as well be the season Valanciunas finally becomes one of the dominant big men in the game. He has constantly shown glimpses of his true potential and in the playoffs again, he unleashed what he is capable of. As For Carroll, his health may be the most important “addition” to this Raptors squad.

“My main objective is to try to help this team defensively, and keep that same defensive mindset, the physicality mindset, try to help DeMar and Kyle to some extent so when we get to the playoffs, they’re not exhausted,” Said Carroll. “If I can be healthy, I’ll be who I am. Cory Joseph is back as well for his second year with his hometown club ready to take care of unfinished business and lead the team’s second unit once more.

“I don’t have no bar in terms of how far we go,” Said the Canadian in his media day interview session. “In terms of getting better, individually and as a team, I feel like we understand that we’re not satisfied and have to get better. One of the hardest things after a successful or good season is to come back and duplicate it or even do better… Every year is different, teams change, so we’ve just got to focus on the process and take it one day at a time.”

The classic “trust the process” response, but it couldn’t hold more truth. The Raptors have improved with each season and they have done it by trusting that very process. 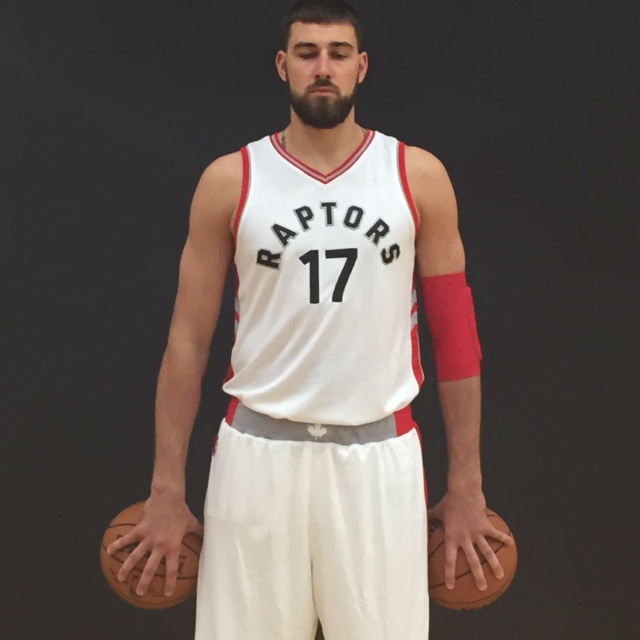 From the team that was desperately in search of answers, attempting to trade away Rudy Gay, to the team that took the Brooklyn Nets to a Game 7, and finally to the Eastern Conference Finals in which the Raptors subsequently fell to the eventual champions. The process has slowly but surely taken the franchise to heights it has never before seen.

The topics of the questions did not only focus on the upcoming NBA season, training camp or the team’s goals for the year. With racial injustice running rampant in the United States and the country still finding no solution to the string of police shootings and the social inequality that is plaguing America, Raptor players took time in addressing the serious issue themselves.

“I do believe there’s going to be some NBA players that will take a knee,” Sullinger said on Monday morning after taking to Twitter the past week, venting about the police brutality taking place in America. “I think what Colin Kaepernick is doing speaks volumes about (him) because it shows that he wants peace.”

“I had a close friend of mine a couple of weeks ago who was murdered by the police, shot 17-times.” Said DeRozan on the subject. “It was something I haven’t spoken out about. It was more so of just understanding what’s going on in our society and how much I can help. And that’s what it’s all about. So most definitely I think we will, and I will (protest) for sure.” 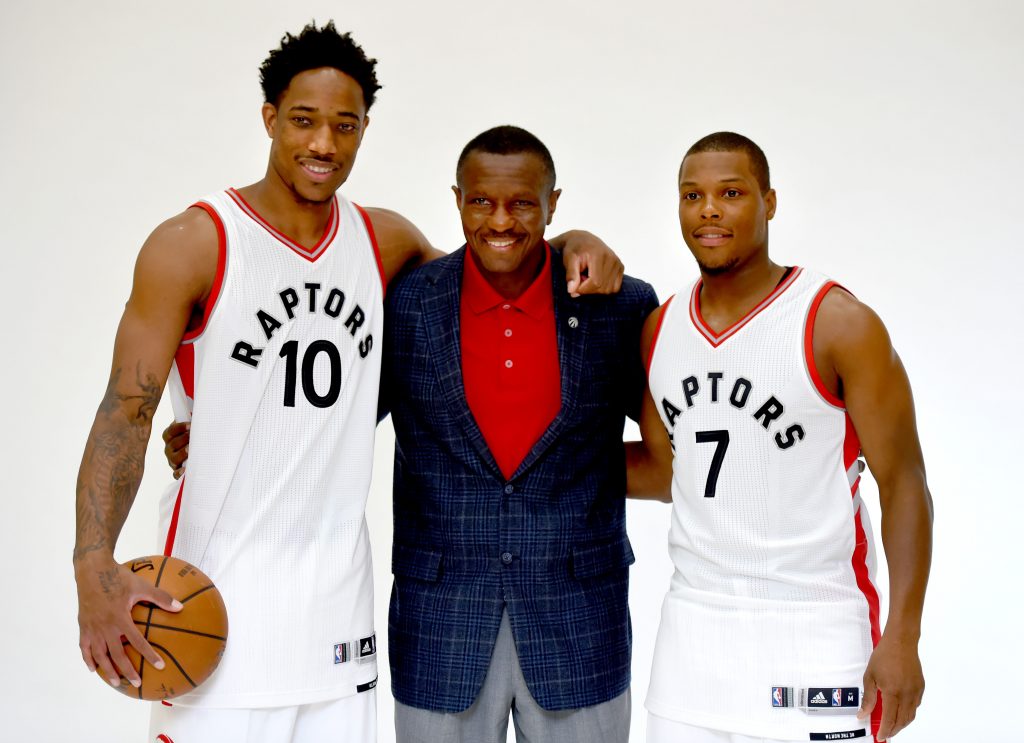 As more and more African-American athletes continue to use their voice and platform to take a stand against these issues, the Raptors seem to be one of the many following in the footsteps of the San Francisco 49ers’ quarterback who made a statement by sitting through the American National Anthem.

“The one thing coach said, whatever we do, we’re going to do as a team. I think we’ll discuss it as a team”. Said Terrence Ross, one of the quieter guys in the Raptors locker room who too has been voicing his opinion over Instagram on the matter. 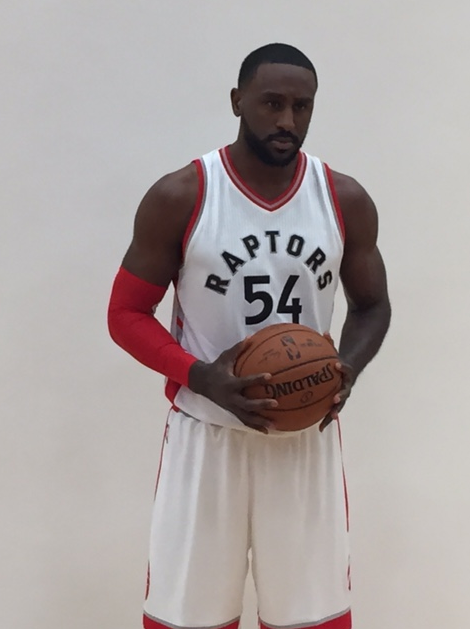 As Raptors Media Day came to an end, many questions leading into the day have been answered. With the previous season now on the back-burner, a new set of goals have been laid out, the Raptors, now more experienced and more seasoned are ready to build on last season’s success, while understanding what the process to get to the top will hold.

The chemistry and camaraderie is there, yet again, this is a close-knit group, a very talented group, and above all a group of players that are hungry and ready to win.