Westbrook is Serious About his Fashion

After making waves over the offseason with his new signature shoe with the Air Jordan brand, Russell Westbrook is back at it again in the fashion universe as his continued partnership with True Religion is set to release a collaborative Fall 2016 collection.

The denim brand and Westbrook are working towards releasing a collection that will feature 17-pieces. The collection will includes knits, T-shirts, thermals and of course denim, all reflective of the Thunder superstar’s flamboyant and interesting dressing style.

The clothes released will mainly have an elongated look, is perfect for layering, the jeans are tight and ripped, with the style revolving around side zipped detail.

Celebrating the launch of Westbrook’s new collection with True Religion, Nault Fine Art Gallery hosted a pop-up shop on September 24. The first 150-people who made their purchases were able to receive a custom tee with Russell Westbrook’s logo printed in their choice of black, gold or silver. 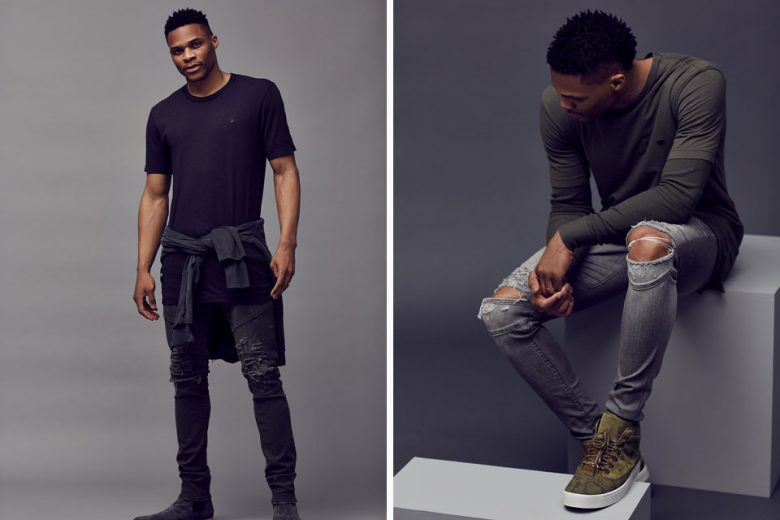 After debuting with True Religion as a designer back in February of 2015, Russell Westbrook aims to continue his role of bringing “some more street style” and “different things that [he sees] on a day-to-day basis from [his] peers”.

The collection has officially launched as of September 25, exclusively on the True Religion online app and will continue to run until October 5, after which it will launch in stores as well as online on October 6.