What to Expect from the New Raptors 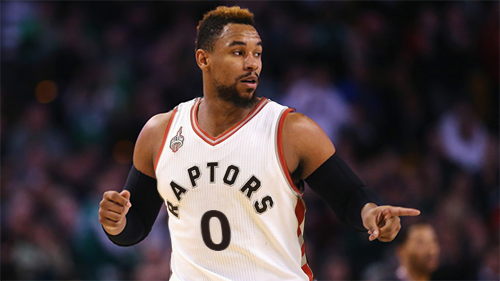 New Faces Ready to Help the Raptors Reach the Top

When a team is two games shy of its first NBA Finals berth a complete makeover is never the answer to breakthrough the following season, but some slight retooling is definitely necessary. That is exactly what Masai Ujiri set out to do in the offseason.

Prior to making any new additions, the re-signing of franchise cornerstone, DeMar DeRozan was the top priority. Once that was done, everything else began to fall into place for Ujiri and the Raptors.

With the core still in tact, the next thing on the list was getting DeMarre Carroll ready for the season. While Head Coach Dwane Casey affirms that Carroll is not at 100% yet, his health will be the biggest addition the Raptors could possibly make.

Put it this way. If the Raptors were a 10-seed at the end of March, or the beginning of April, Carroll would have been shut down for the season. There were not legs behind his shot, he couldn’t keep up on defence and wasn’t the type of guy the Raptors gave a long-term contract too. When healthy, Carroll is the optimal ‘3-and-D’ player that can become quite possibly the most important commodity come playoff time.

With all that being said, the Raptors lost Luis Scola, James Johnson, and most importantly, Bismack Biyombo over the summer. All very replaceable players, including Biz, especially when there is a $70-million dollar contract attached to his name. While the Magic will sure enjoy paying off that contract to a dude not nearly worth that sort of money and term, the Raptors when about their summer being smart and calculative. They first drafted two rookie big men in Jakob Poeltl with their first pick and ninth overall and then picked up Pascal Siakam later in the same draft. Ujiri made a small splash in the free agent market by inking 24-year old power forward, Jared Sullinger to a very affordable one-year, $6-million deal.

What does each player bring to the table? Can the rookies help in the upcoming season and what role will each new face see? An early look at the roster can help predict their fit. 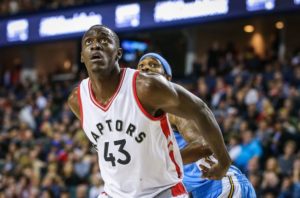 Credit: Tip of the Tower

The 22-year old Cameroon-native has a very imposing 7’3’’ wingspan, a great motor, as well as incredible speed and agility for a big man. He is a solid athlete who relies on both his athleticism, length, and of course his high motor to get easy baskets and contribute on the defensive end.

Despite converting 62% of his shots at the rim, Siakam is not a highly skilled offensive player. With a thin frame, he still needs to add strength to be able to bang it out with NBA centres, and he lacks explosiveness to get up off the ground. What Siakam does possess is a very nice tough, although his shooting mechanics need to be tweaked, he still has shown signs of being able to develop and mid-range and even a three-point game.

A guy with a great motor, non-stop energy, a lack of an offensive game and great shot-blocking ability, who can this remind Raptor fans of? A Bismack Biyombo, maybe? Maybe a $70-million dollar cheaper version than Biyombo with more upside? All he has to learn is the Bismack smile and get the finger-wag approved by Dikembe Mutombo.

With the depth the Raptors have, it is highly unlikely that Siakam will see much playing time early on and will see quite a bit of time suiting up with the Raptors 905, but if Siakam continues to add mass, puts the work in at practices, he may get a look with the main club and once he does, with his defensive skillset, makeup and intangibles, he may very well fit into the Bismack Biyombo role, that Biz has left behind. 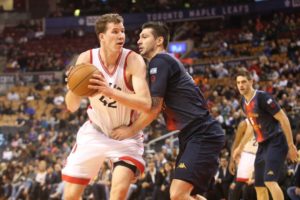 With their first pick of the 2016 NBA Draft, the Toronto Raptors did not shock anyone when they selected Utah big man, Jakob Poeltl. Although he was not one of the hot names of the Draft, not a Marquese Chriss or Dragan Bender, Poeltl is still one of the more interesting prospects to come out of the draft.
For one thing, he is a seven-footer and you cannot teach size. You either have it, or you do not. For a seven-footer, Poeltl runs the floor very well and gives maximum effort on most if not all possessions. As a rookie, his determination and hustle alone can get him open looks.

Poeltl has great strength and length; he is an agile big and does not shy away from contact. He may have the best back-to-the-basket game out of any prospect in the 2016 Draft as well as the best footwork amongst the big men selected. In fact, he even has a sort of Tim Duncan-like style when it comes to his footwork.

Poeltl also has great, soft hands. He can catch and hold onto the ball in the paint, and with a soft touch, can finish around the basket. Defensively, he moves his feet very well, and despite needing to add a bit more size, Poeltl has a great projectable frame, and is a prospect with very high potential to develop into a solid NBA player.

Being a rookie, Poeltl is still a very raw talent. He will see a lot of time in the D-League alongside his rookie mate, Siakam, but if he shows strides, he can be an interesting back up to Jonas Valanciunas at the centre spot. As a rookie, he has everything he needs to succeed – the work ethic, the coachability and the desire. The sooner he can put it all together, the sooner he can help the Raptors win. 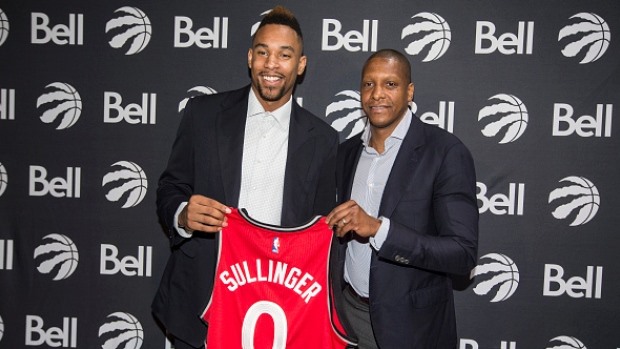 The major addition of the summer for the Toronto Raptors was former Boston five-year veteran power forward, Jared Sullinger. Named the incumbent starting power forward at Media Day, Sullinger comes over with a nice, cheap contract, but a hefty amount of baggage.

Weight has always been an issue for the former Ohio State Buckeye, but with the strides that Raptors star, Kyle Lowry has been able to take in his efforts to lose weight over the past few years to lose weight, there is reason to believe that Sullinger can do the same if he commits to it. If he wants to stay in the NBA for another decade, this one-year deal is more a “prove it to me” contract, and if Sullinger takes advantage of it and keeps his weight under control, he will reap the benefits.

Now on a more serious note, what makes this signing even more puzzling is that the Raptors claim to be a first-class organization that place character on a pedestal. Ujiri talks about it all the time. Character first, and the rest will follow. In 2013, Jared Sullinger was involved in a domestic abuse case in which he was charged with assault and battery after an alleged assault on his then girlfriend.

Although the charges were later dropped, as they usually are for multi-million dollar athletes, the fact remains; Sullinger is a solid NBA player and with a tainted past, the Raptors were able to bring him in on a pocket change type of contract in an offseason when the Timofey Mozgovs were banking in $60-plus million cheques.

As for Sullinger as a player, he is a definite upgrade over the aging Luis Scola. He has size; he is a great rebounder, and a very underrated defender. He can stretch out and nail the three-pointer and has a mid-range game, but offensively, he is not as efficient as most big men in the league, but on the glass he ranks in the NBA’s top-15 in rebounding rate. In the 2015/16 season, Sullinger was able to notch 25 double-doubles despite playing on average just under 24-minutes per game.

It will be somewhat unrealistic to convert Sullinger into a valuable stretch-four, but between him, Jonas Valanciunas, and Patrick Patterson, the Raptors will have very great strength and size to bully opposing teams. Every defensive possession ends with a rebound and with what Ujiri has assembled, the Raptors should be grabbing down boards in bunches.