Although the NBA season does not get into full swing until the end of October and the beginning of November, the real work starts far earlier for NBA talent. The NBA season is not as long and drawn out as say MLB spring training, or the NFL preseason, but NBA training camp is just as, if not more intense.

Drills, high-intensity training regiments, and strength work is all part of what NBA training camp are all about. For those without guaranteed contracts heading into the unofficial start of the season, the pressure of the moment intensifies immensely.

Training camp is not like your usual five-on-five pick up games in the park. Teams start their days early with a variety of workouts. On the first day of camp, players go through a variety of tests. Body fat is measured, so too is each player’s VO2max using a stationary bike, a test that essentially shows how good of a motor each guy has entering camp.

From there, the real day starts – weight work, plyometric training, cardio, and high intensity interval training, NBA players get their bodies warm and going before the world-class athletes even step onto the floor.

Once on the court, players stretch out with the team trainers and then break into team drills, which alone can go on for a couple of hours.

What does this easy-sounding drill do? It helps the players work on limiting their dribble, instead of dominating the ball to get rid of the ball quick to find the open man. Everything in training camp works fast. Team basketball is pushed over isolation work, and different offensive and defensive schemes are consistently practiced and reworked.

Afterwards training camp shifts its sites on the defensive side of the ball. Coaches run their teams through an array of drills which target switching efficiently off the pick-n-roll, helping out one pass away, and finishing defensive possessions with rebounds. In turn, the big men focus on rim protection as well as stepping out challenging shots from the mid-range.

Training camp team drills are very high-paced and very vocal. The coaches and the leaders of the team push their guys, expecting high effort, crisp passes and a competitive attitude. Players must get into the right frame of mind before the regular season even begins and try to eliminate all of their bad habits during the duration of training camp. 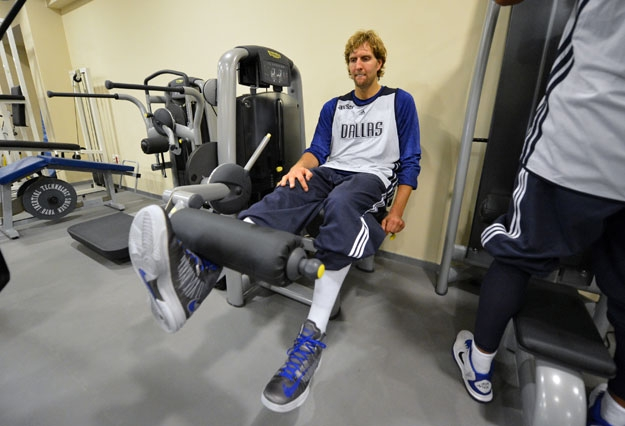 When all the three-on-three and two-on-two work wraps up, teams begin to focus on full five-on-five drills with an emphasis on spreading the floor, pushing the tempo of the offence, moving without the ball, and making good switches defensively.

Some of these drills include swinging the ball around the floor, forcing the defence to rotate effectively. Full court press work and kicking the ball out of the pain to find an open shot, forcing the converged defence to communicate properly and step out on the open man and challenge the shot.

Last but certainly not least, the team portion of training camp ends with a five-on-five pick up game. Big men get to work on setting good, hard screens and rolling to the basket, both sides get to put their team’s defensive and offensive schemes to use, while all players get to work on not only their go-to moves, but attempt to add more to their already wide arsenal of weapons.

The final score of course is not what is important in these scrimmage games, although the losing team may usually be forced to run suicides, or do push-ups. The most vital part of these games and training camp in general is to build chemistry between teammates – to enhance a sense of camaraderie amongst the players and coaches. Practice always puts team first, everyone gets their touches, everyone puts the work in. If they do not, they are either cut, or spending a lot of time on the bench once the season starts. 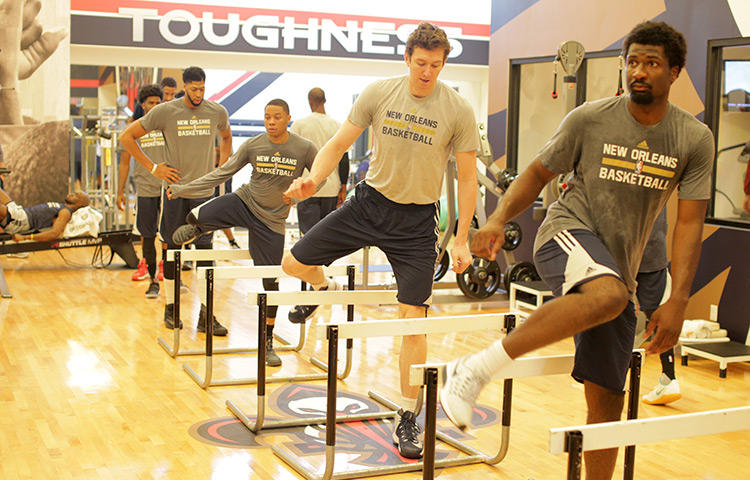 How you enjoying NBA training camp so far? Quite a bit of work, huh? Think an NBA athlete’s usual day is over now? It’s not.

As coaches clear out and team practices are wrapped up, players begin individual practice, which goes on for another couple of hours. Players will throw up hundreds of shots from not only their sweet spots, but also the spots on the court where they need improvement. So Steph Curry is most likely taking full court jump shots as we speak, while Bismack Biyombo is trying to perfect his hook shot from two feet out.

Speaking of Biyombo, this is the time when big men really focus on working on their post game, using an array of post moves, working on their hook shots over both shoulders. Maybe even practice their free throws? Maybe? Probably not.

All in all, the term ‘trusting the process’ never sounds more true than it does in NBA training camp. Players begin to set their sights on the upcoming NBA season, guys fight for jobs, fight for position, and new team goals are established for the season. The real work for these guys is never what us fans see for two-three hour intervals every night on ESPN, Sportsnet, or TSN. The real work starts here and it is put in daily at the gym when the lights are not on and the camera is not rolling.