The long awaited return of the new NBA season is not the only thing on the minds of basketball fans. While the NBA preseason continues and the season etches closer and closer, so is the NCAA basketball season.

Yes. In just a month’s time, the most highly sought after recruits and most talented prospects in the country will get the college basketball season rolling, hoping to turn heads and find themselves on an NBA team in the not too distant future.

Of course as a new season starts, there will be new names to focus on, new faces on mock draft boards, and intriguing prospects to keep an eye on. In the class of 2017, who would those names be? Who are the top guys in the NCAA basketball circles?

The guy on the top of most mock drafts without a doubt is none other than Dennis Scott. The 6’2’’, 195 lbs NC State guard has all the makings to become a franchise point guard. Already drawing comparison to the likes of a Chris Paul, a Derrick Rose or even a Russell Westbrook, Scott is an explosive guard with elite athleticism and a lightning-quick first step, which will allow him to blow past defenders even on the NBA level.

What makes him very similar to Paul is that he is a very quick decision maker in the open court, he can read defences well, react quickly and efficiently, and although he is an attack-shoot first guard, he is very unselfish and is a very willing passer.

When looking at prospects on the amateur and collegiate level, scouts always look at that one skill that can translate on the next level. Something NBA teams and coaches can work with and eventually develop. With Scott, he is far from one-dimensional and it will be hard to take the number one overall pick spot from him. Point is, he is good at a lot of things. 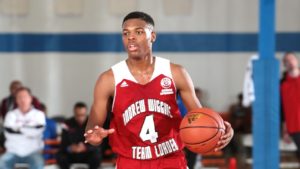 Scott can play and thrive in both isolation and transition; he is excellent at playing above the rim and can handle the basketball well. Defensively, he offers quite a bit as well. With his unique athleticism, he can block shots excellently for a point guard and with his quick hands; he can harass defenders, steal the ball and run out in transition.What may be the most impressive aspects of this kid are his intangibles. He is very coachable and already has the leadership qualities and charisma to be a cornerstone player. For as good as Scott is, he is a team first guy with very high basketball IQ. When a player has as much skill as Scott does, Scott knows exactly when to push the tempo and when to be patient. He does not force his offence, nor does he try to create something that is not there, something we see often from Russell Westbrook, which often leads to a turnover when his legs explode before his brain can process the situation.Of course, Scott still has to iron a few things out – most importantly, his outside game, an issue that many young prospects have. The positive factor is, he does have good range, but must improve his consistency. Everything else will improve with experience. Scott knows he is quick defensively, which forces him to gamble often on that side of the court. Another aspect of his game that needs slight improvement is his movement off the ball, which too should get better with time and more reps.

With everything taken into account, there seems to be a young stud ready to explode in the NCAA and there is no doubt that Dennis Scott will have a ton of attention around him right from the get go. 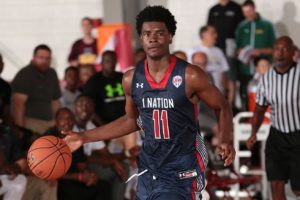 Josh Jackson, SG/SF, KansasJust a couple of years after losing Andrew Wiggins to the NBA Draft, Bill Self has himself a new wing player, one very similar to Wiggins, in Josh Jackson. With his upside, intangibles, and natural talent, Jackson may even become better than Wiggins.Let’s just say the Kansas Jayhawks will be a fun team to watch in 2017.

The first and most noticeable part is something anyone can see before he even steps onto the floor. He has size and an NBA ready body with a projectable frame. Once he steps onto the court, things get amped up astronomically.

Like Wiggins, he is a very high level athlete who plays with intensity on both sides of the court. He has the perfect combination of explosiveness, finesse, and natural ability, which makes him a force to be reckoned with. Similar to Wiggins, he does struggle with his jumpshot and although he can go on hot stretches, his shot, from midrange and behind the arc needs improved consistency. The foundation is there, but the reps are simply not there as of yet.

Where he has Wiggins beat is his court vision. It is elite. He is a willing passer and a great one at that. He can score in a variety of different ways and already has multiple dimensions to his offensive game. Like Scott, he will not push himself out of his comfort zone and with his court vision; he can find the open man instead of forcing up a bad shot. He is a solid ball handler, but some improvements will be necessary, and if ESPN comes calling, yes, he has the ‘clutch gene’.

Defensively, he uses his athleticism and explosiveness to be an above average shot blocker, he has good instincts and great hands which allow him to have the ability to not only swipe the ball from his opposition, but to also be a very good rebounder.

How do you finish defensive possessions? You rebound the basketball and as a shooting guard, Jackson will use his size to grab down a ton of boards.

As a prospect, Jackson is everything a coach or an organization wants to see in a young player. He is an intense competitor, a vocal and charismatic leader, can excel and create his own shot even against physicality, and has a variety of skills that can be developed. He is a high upside player, loaded with potential who may very well become one of the NBA’s stars of the future.

With Duke power forward Harry Giles going under the knife to repair a knee problem for the third time in three years, there are increasing doubts whether we will ever see the full potential of the true Duke Blue Devil big. Prior to his most recent surgery, Giles has been the highest rated big man in the country, but now, that spot belongs to Ivan Rabb, the 6’10’’ power forward out of California.

It is easy to see that with his great size, he has a long wingspan to match (7’1’’). Already compared to a Chris Bosh, Rabb has a superior big man game; he can force his way to the basket, has a consistent baby left hook and for a big man, has very explosive lateral quickness. What makes him even more impressive is he can run the fast break real well for a big and can even create his own shot in the paint. Only issue is, aside from his left-handed hook shot, there is not much more substance yet when it comes to his post-game arsenal, but of course the foundation, the skill, and the athleticism is there. With his ability to run the floor well, he is very capable of finishing as a trailer and can also create second chance opportunities for his team.

While young big men struggle passing the ball out of the double team, Rabb knows how to do it and is a solid passer for a big.

Defensively, he is equally as impressive, but only in certain aspects. He understands his body and length, and already knows how to use it. He can provide help quickly one pass away and knows exactly when to leave his feet to either go for the block or affect a shot. That ability is what will make him an above average rim protector coming straight out of college. Of course the rim protection is there, but apart from that, more development as a man-to-man defender is needed. 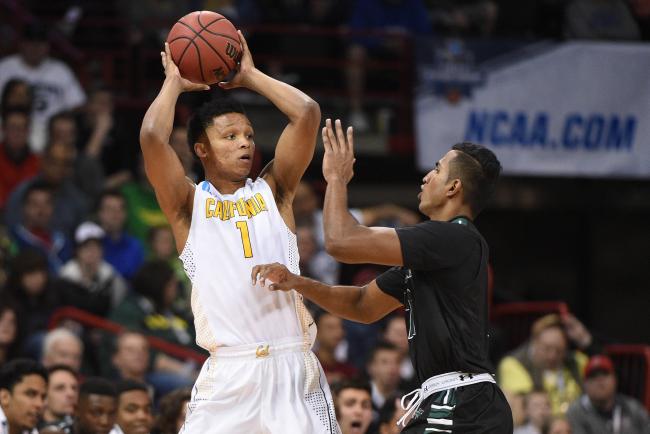 Obviously, other than his lack of a go-to moves in the post, Rabb has to gain more size. At this point, although long, he is still very skinny and must gain size in order to be able to battle in the paint with all of the NBA big men. The added mass will also go a long way in helping him become an even better defender on the NBA level.Whether an NBA team is looking for a point guard, a wing player, or a big man, the 2017 NBA Draft will be loaded with high-ceiling prospects. Now all that is left, is to see where the ping-pong balls drop.