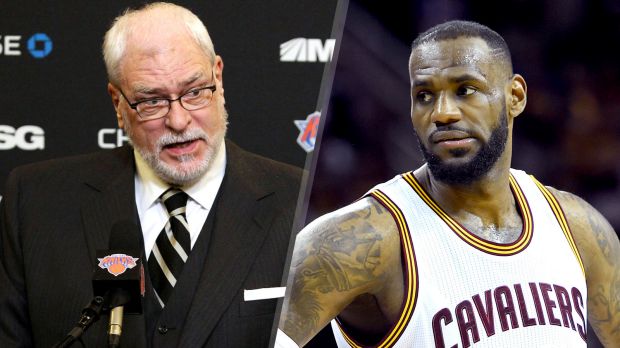 One of the greatest coaches of all time, just continues to burn bridges as an NBA executive. Consider adding another one to the list.

Only a day ago, Phil Jackson called out LeBron James in an exclusive interview with ESPN, stating that James always wanted special treatment, especially in Miami under Pat Riley, as well as referring to the superstar’s business associates as his “posse”.

“I always thought Pat had this really nice vibe with his guys,” said Jackson on the topic of LeBron leaving Miami. “But something happened there where it broke down. I do know LeBron likes special treatment. He needs things his way.”

Well it did not take long for LeBron James’ camp to respond to what they thought was a complete lack of respect, bordering on racism.

Fellow business partner and close friend of LeBron’s, Maverick Carter did not hold back when retaliating to Jackson’s comments, first on Twitter in a series of Tweets, followed by a statement to ESPN. 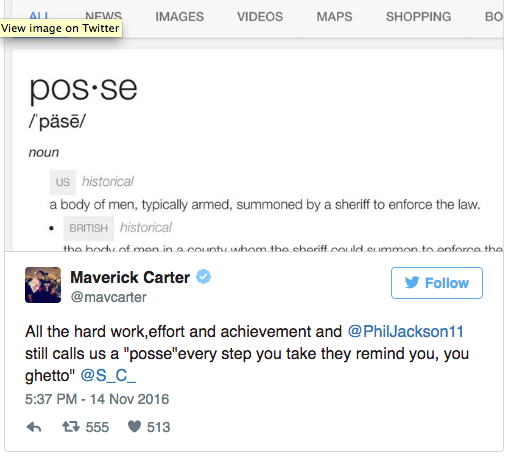 “I don’t care that he talks about LeBron,” Maverick Carter told ESPN.com. “He could say he’s not that good or the greatest in the world as a basketball player. I wouldn’t care. It’s the word ‘posse’ and the characterization I take offense to. If he would have said LeBron and his agent, LeBron and his business partners or LeBron and his friends, that’s one thing. Yet because you’re young and black, he can use that word. We’re grown men.”

Of course, LeBron made a statement as well on Tuesday morning during practice.

“Zero, no relationship at all,” Said LeBron on whether or not the star had any past relationship with Jackson. “I had nothing but respect for him as a coach for what he was able to do. Obviously he was at the helm of (the team featuring) my favourite player of all time, (Michael Jordan), and also being there growing up and watching him with the Lakers, but I got nothing for him.”

Further more, LeBron, a proud business man in his own right, said he has completely lost all respect for Jackson after his comments.

What made this feud worse is later in the day, Carmelo Anthony got involved. The Knicks star who just happens to be a very close friend of LeBron’s had some words for his higher ups as well.

Nothing like another interesting saga in the never-ending drama that is Phil Jackson’s time as the executive of the New York Knicks.