Team Shows Heart in a Week to Forget for the Raptors

One of the toughest regular season weeks in quite some time for the Raptors have come and past, and it is one the team will try to forget as quickly as possible. The Toronto Raptors have gone winless in four of their past five games, blowing a late lead to the Cleveland Cavaliers, falling to the Los Angeles Clippers and Golden State Warriors, while losing to the Sacramento Kings in weird heart break fashion. Their one win came against the Denver Nuggets in a game the Raps were barely able to squeeze out.

Hell, their Drake Night record perfect no more either.

Fact is, we all knew this was going to be a tough stretch for the Raptors. Difficult back-to-backs, elite competition, a road stretch – it was not going to be easy – but for a team that believes they have finally reached the NBA elite, a level occupied by the likes of the Cavs, Warriors and Clippers, 1-4 results are no where near what the expectations should have been.

Defensively, the Raptors are showing signs of stumbling. Although they are still outscoring teams for the year, they are allowing 105.5-points per contest and have allowed at least 100-points in each of their last eight games, which ranks them 19th in the league – inexcusable for a team whose identity is defensive grit and toughness.

With a day off before they face Russell Westbrook in Oklahoma City, the team has to regroup and refocus. The toughness of this team has been compromised and they got to go back to the drawing board and figure out what is going wrong on the defensive end. Only 18-games have been played, thus one rough stretch early in the season can inflate numbers and stats. 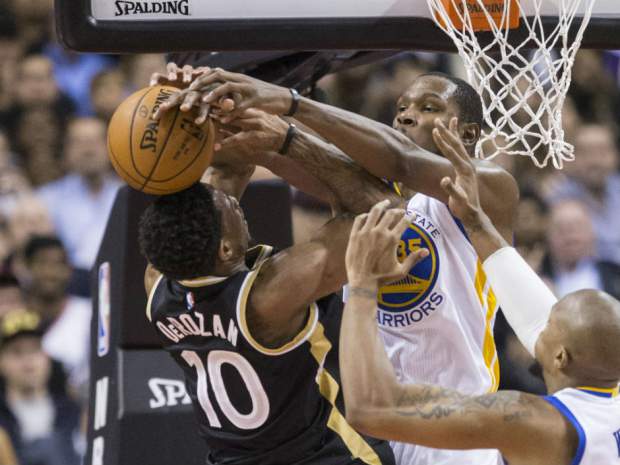 Are the Raptors a team that gives up 105.5 points per game? Of course not. Despite the rough patch, they are a disciplined and well coached team, but they have to revert back to what makes them an Easter conference finals team as quickly as possible. In sport, it’s often best to have a short memory and this is one of the cases where you have to forget the past, retool and move forward.

One positive to take out of this 1-4 stretch is this team does not lack heart. Not even a little bit.

The ability to bounce back from the emotional roller coaster that was the robbery in SacTown the night prior, the Raptors came out and competed for all 48-minutes with the best team in basketball to date.

“I liked our team’s heart tonight, I thought we scrapped and fought,” Casey said after the defeat. “We could have come in and laid down, we did not do that and that means something in this league after what we went through last night and everybody asking questions about last night. This is the best team in the league and we put ourselves in a position to win but there’s no consolation prize.”

The Raptors may have left the Staples with the loss, but the fight the team displayed was a morale booster at the very least.

Takeaway is the Toronto Raptors have to just be better. Something that will be a common theme for the season if the team does not play up to their own expectations. Scoring has not been much of an issue this year, but stopping the opposition has.

DeMarre Carroll had the night off to rest as the Raptors continue to hope and pray that their hired defensive gun will pay dividends when he eventually reaches full health. Pascal Siakam and Lucas Nogueira have been the other problem. The best way of putting it is that it sucks to hang your hat onto two young players who are still such raw talents and not physically mature and developed enough to bang with some of the bigger, perennial big men the NBA has to offer on a nightly basis.

It may even be unfair to be so disheartened with their inability to do more, but because of the team the Raptors are and because of the championship aspirations, the development process of Bebe and Siakam had to be accelerated in the absence of Jared Sullinger. It’s not easy asking them to battle with Blake Griffin and DeAndre Jordan on one night, DeMarcus Cousins on another and Kevin Love and Tristan Thompson on another. It’s tough, but it’s the NBA and excuses don’t fly in this league.

The last issue the Raptors have been dealing with this season if their lack of three-point marksmanship. The Raptors are currently in the bottom third in the league at three-point shooting percentage (33%), an area which they occupy with some of the league’s worst teams. Yes, scoring has not been an issue this season, but when the Raptors will face teams as proficient at shooting the three as say the Cavs or the Warriors, the Raptors will have to much them tic for tac. It’s always nice to be a dangerous mid-range team or a team that dominates in the paint, but three points will always be more valuable than two and that means the Raptors will need better shooting from the perimeter and it starts with guys like Patrick Patterson and Kyle Lowry. 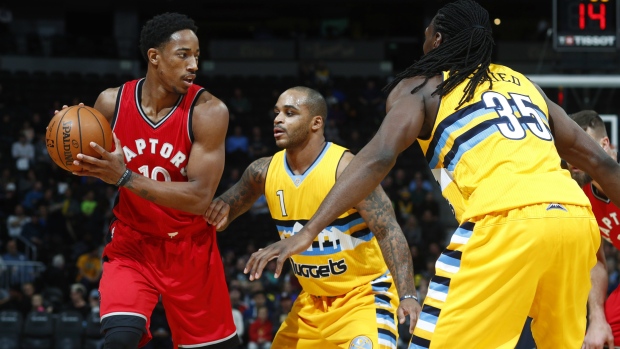 Terrence Ross has been a revelation this season, but Patterson is shooting 27% from three, Lowry is at 34%. Carroll is at 33% while Cory Joseph is at 28%.

As the season moves on, the Raptors will need to improve in a few categories, but that is the whole purpose of a regular season for a playoff bound team. The results of each game matter, yes, but so does how well you play and the Raptors should use the regular season as a way of improving in every facet of the game to be ready for anything come the postseason.