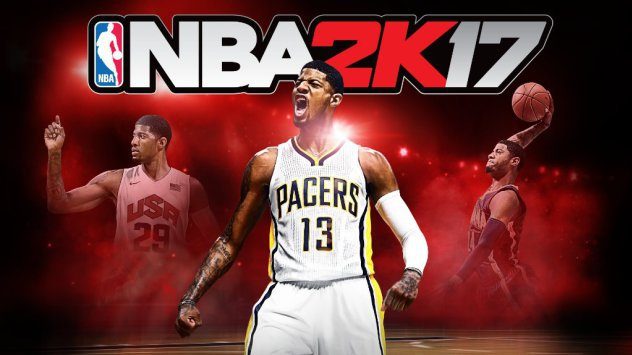 What are the Best NBA Video Games Ever Made?

For all of us basketball fans, we all have our own guilty pleasure. For us, it is our obsession with NBA video games. It is all part of the ‘ball is life’ lifestyle after all. When you are not watching the NBA, you play some hoops outside or at the neighbourhood gym, and when you are not doing neither, well then you game. It is a very complex way of living that revolves around ultimately one thing – basketball.

When the video game industry started booming, the NBA got their foot in the door. Whether it was NBA Street, Live, or 2K, they did everything to have us covered. But now, after so many years of production and after so many games being developed, which are the top NBA video games to have ever been created?

So here we go. Top five NBA video games of all time. Who made the cut, who didn’t?

Released in 2000, this was Sega Sport’s first home run in the world of the NBA and basketball. You cannot possibly start a list without a throwback, and 2K1 is the original.

In a time where EA Sports was the kings of the industry, this game was a huge step for 2K, and one that made the company the primary NBA gaming experience for years to come.

2K1 allowed the gamer to pick his favourite players from the 70’s and 80’s, and it even provided a revolutionary concept known as “Street Ball” mode. 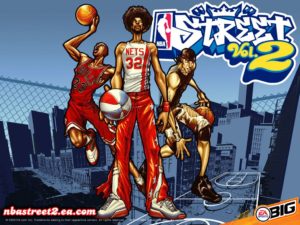 At the time of its release, NBA Street Vol. 2 was probably the coolest video game in the world. No, it was the second instalment of NBA Street, but boy was it an incredible gaming experience.

NBA Street Vol. 2 had a very unique style, far different than other basketball video games. It included expanded rosters and a ton of different achievements, which the gamer had to unlock. Nothing can keep you glued to your television than a game like this, forcing you to keep unlocking new features.

And lastly, who doesn’t love dunking? In NBA Street Vol. 2 you can perform ridiculous dunks from 30-feet away with your favourite players of all time. From Michael Jordan, to the ‘Doctor’ Julius Erving, to Vince Carter.

Dubbed the greatest of all time, NBA 2K11 was the video game that blew 2K past EA Sports overnight and into video game dominance.

NBA 2K11 seemingly had it all. From vastly improved gameplay, to a ton of new achievements to unlock, to many different game mode option, which included ‘Jordan Moments’.

Basketball video games do not get much better than this! 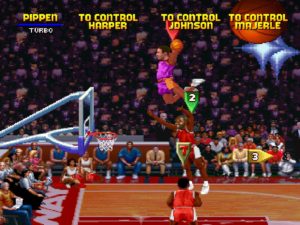 Whoever does not know this game, must be living under a rock because NBA Jam even turned non-basketball fans into NBA fanatics in days.

NBA Jam is the epitome of throwback, but it is what made basketball video games what they are today. The arcade style video game was absolutely addicting and has provided many gamers and basketball fans alike with some of the best basketball catch phrases in history.

Who can forget the nostalgic “He’s on fire!” that was said by the announcers when you knew you could not be stopped from beyond the arc.

What can be better than the newest version yet? The 18th instalment of NBA 2K is the best one yet and was recently released worldwide on September 16.

With better gameplay than ever, 2K17 has everything any gamer or basketball fan can dream of. From MyGM, MyLeague, and MyTeam mode, the game has it all. There are new customizations, a ton of different playing options and everything just looks so real. Point is, if you have not gotten this or any of these five games yet, you should seriously reconsider your life choices and make your way to the nearest video game shop you can find!

The Future of Player Tracking