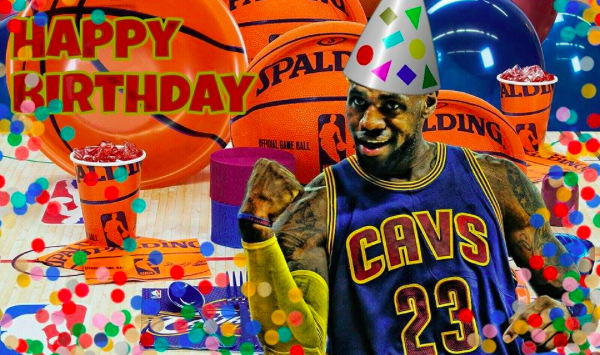 Today was a special day in the James household as the best player in the NBA turned 32. The Defending Finals M.V.P. and Cavaliers superstar marked his special day by asking for just one thing, stop comparing him to Michael Jordan.

Should be a simple request. Try telling that to Skip Bayless though.

As he turns 32, LeBron James can look back at his career accolades with awe. The Akron-native has three NBA championship rings and three Finals Most Valuable Player Awards to match. LeBron has also won four league M.V.P. trophies, he is a 12-time All-Star, a 10-time All-NBA First Team member, and a two-time Olympic gold medalist. And that is to name only a few of the accomplishments listed on his vast NBA resume.

Hate him or love him, whether you are still sour about the decision or not, or if you are Skip Bayless who just chooses to hate certain players for mindless reasons, you cannot take away from the fact that each and every night we witness greatness on the basketball court from one, LeBron James.

Is LeBron one of the top-five NBA players ever, you can certainly make a case for it. So on this festive day, we at BallnRoll want to wish King James a very happy birthday and to please stop beating the Toronto Raptors.