Austin Cleared to Play in the NBA

A former Baylor basketball program standout and a sure fire first round pick had his NBA dream derailed when he was diagnosed with Marfan Syndrome during a pre-draft physical.

The disease itself is a genetic disorder that affects the body’s connective tissues. It can affect many different parts of the body, scariest of all being the aorta, the blood vessel that carries blood from the heart to the rest of the body. If Isaiah Austin continued playing with the disease, doctors warned him that death was a very real possibility.

“They said I wouldn’t be able to play basketball anymore at a competitive level,” Austin told ESPN when the illness was disclosed. “They found the gene in my blood sample. They told me that my arteries in my heart are enlarged and that if I overwork myself and push too hard that my heart could rupture. The draft is four days away, and I had a dream that my name was going to be called.”

Austin, already blind in one eye after a dunk accident back in middle school, was told that he would never be able to realize his dream of playing on an NBA court.

Despite the diagnosis, Austin still was able to hear his name get called at the 2014 NBA Draft, being made a ceremonial pick midway through the first round and was presented an NBA cap by commissioner Adam Silver.

Now, just two and a half years after being told he could not play basketball again, the 7’1” big man announced on his personal Instagram account that his doctors have given him the go ahead on returning to the game he loves, clearing him to play.

“I have been blessed by the grace of God to receive a second chance at chasing my dream of playing basketball. Everything happens for a reason and I’m ready to share my testimony and journey with millions of people across the world.”

This has been met with both interest and curiosity from NBA executives. Austin once the interesting Baylor prospect who had to get stronger, but had some good upside can now play after being told he couldn’t? 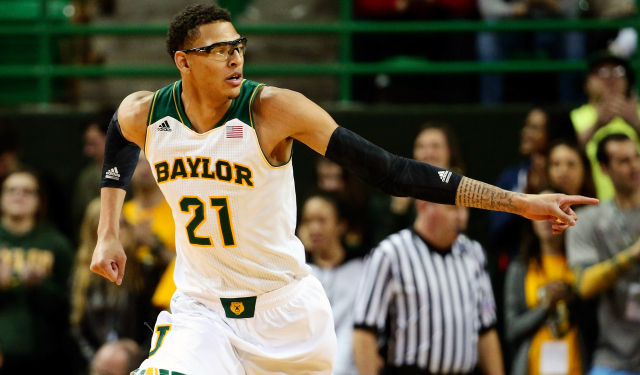 “What reversed the decision?” one anonymous general manager has asked. “How did it come to be that now he can play? We don’t even know how. Yeah, that’s what I’d be curious about. I’m not saying this happened, but I’ve seen this before. You can find someone to tell you that you can play. Somebody will.”

Another NBA general manager shared the same confusion: “Your doctors, they can have that assessment, but our doctors will come and say, ‘OK, we want to talk to the doctors and we want to examine him ourselves and do some necessary tests’ and then see what happens from there. It’s not only the basketball side, the upside of who he is and what we saw (at Baylor).”

Despite the confusion revolving the Austin situation, it cannot be taken away that if in fact Austin is healthy, this is a miracle and some within the NBA believe he will get a chance at realizing his dream after all.