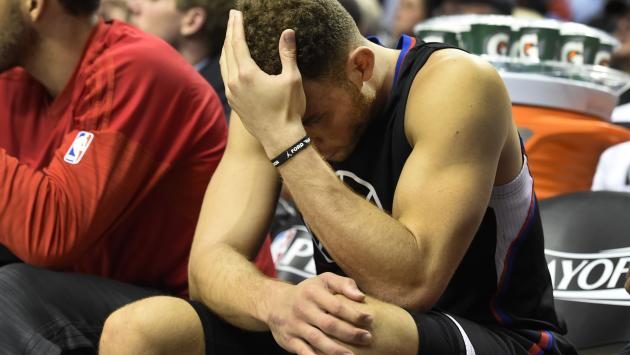 Who Steps up in Blake Griffin’s Absence?

Shortly after a disappointing 117-110 loss to the scuffling Washington Wizards, the Los Angeles Clippers received the cherry on top of their cake when reports came out that Blake Griffin needed to undergo an arthroscopic procedure on his right knee on Tuesday. The surgery is expected to keep the star forward out from three-to-six weeks who has felt discomfort in his knee for the past few games.

Only missing two games this entire season, this is yet another tough blow for the Clippers who have been forced to play without Griffin for 62-games over the previous two seasons. Griffin has quite possibly been the Clippers’ best player all year, leading the team in points at 21.2 a night, sitting second in rebounds behind DeAndre Jordan at 8.8-boards per game.

After an incredible start to the season, the Clippers have fallen to 20-8, good for fourth in the Western Conference, a game behind the scorching hot Houston Rockets with the Utah Jazz and Memphis Grizzlies creeping up from behind.

With Chris Paul entering free agency in the Summer and the team’s ceiling being heavily questioned, this may very well be the last season of this Jordan-Paul-Griffin experiment and with Griffin now projected to be out until the end of January, the Clippers will desperately need to replace not only his minutes, but his production.

Where will the answer come from for Head Coach Doc Rivers?

Marreese Speights has provided the Clippers with great minutes and he may plug in well into the starting five, stretching the court for Chris Paul to operate around shooters and Jordan in the paint.

This will also create another opportunity for free agent pick up, Brandon Bass. His minutes will undoubtedly increase and he will be relied upon heavily to provide some scoring, rebounding, and toughness off the bench.

Paul’s usage rate will predictably sky through the roof as the Clippers will now be forced to not only keep pace with the West’s top teams but to fight off the teams breathing down their backs.