Just another day of what it is to be LeBron James.

This past week, James was announced as the 2016 winner of the magazine’s sportsman of the year award, accepting the award last night after getting a fine introduction from his buddy and rap mogul, Jay-Z. LeBron became the second athlete to receive the award multiple times in his career.

James, who just a few days ago became the first player in NBA history to reach 27,000-points, 7,000-boards, and 7,000-assists, should not be at all surprised with picking up this years trophy after leading his Cavs team to Cleveland’s first championship in decades. On James’ shoulders, the Cavs were able to overcome a 3-1 deficit, becoming the first team to ever come back in the Finals and beat a team in the Warriors who set a record regular season mark of 73-9. 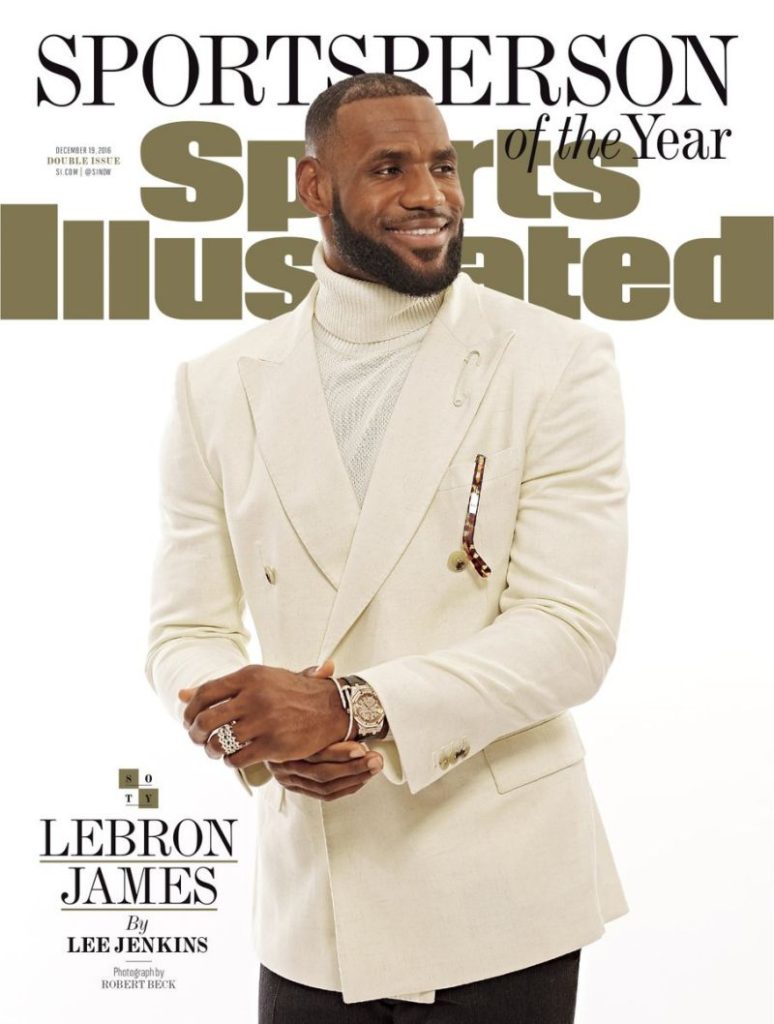 A touching, yet funny speech, James spoke about the likes of Muhammad Ali, Jim Brown and Bill Russell paved the way for him to come to this point on Monday night when accepting the award, pointing out how the award was about those who supported him along the way.