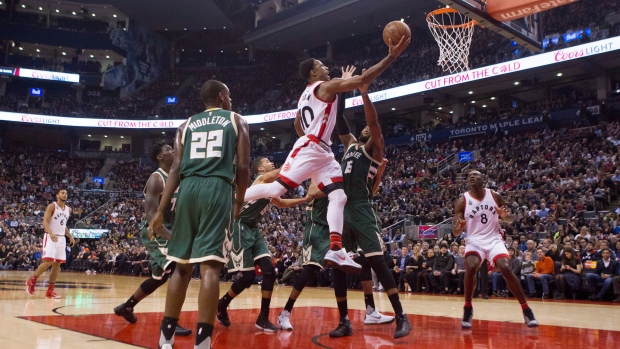 Raptors Sizzling Hot as Every Player Moves into Role

After falling in a heartbreaker to the Cleveland Cavaliers, the Toronto Raptors returned to sizzling hot form, putting up huge offensive numbers in their past three games. It started with the Minnesota Timberwolves, then a come-from-behind win against the division rival Boston Celtics, if division rivalries mean anything anymore in basketball, and lastly ended the three-game run with a 22-point smashing of the Milwaukee Bucks.

Being paced by DeMar DeRozan and Kyle Lowry, the rest of  Raptors have been able to follow the lead of their All-Star backcourt. While defense was a non-existant factor for the most part in the Timberwolves game, the two stars were backed by a big 20-point, 10-rebound performance from Jonas Valanciunas, and 38-points from the secondary unit.

In the win against Boston, well as hot as Lowry was, Norman Powell played a huge role in the win as well, spark-plugging his way to 20-points in his DeMarre Carroll-replacing start. Lastly, against the Bucks on Monday night, it was Terrence Ross coming up big, dropping 25-points off the bench.

But if we are to give love to the supporting cast for filling their roles formidably, we got to tip our caps to the two Raptor stars.

Firstly with Kyle Lowry, he has been on one incredible kind of a tear. After a slow shooting start to the season, Lowry has upped his three-point shooting percentage to 44.4% which sits him just on the outside of the league’s top ten. Over the past few games, you could just say every shot he throws up from back there will go in – and by back there, I mean from anywhere.

Over his last nine games, Lowry is shooting a ridiculous 61.9% from three.

And of course, DeRozan has been worth every penny spent on him in free agency. The guard is enjoying a career season in which he is currently averaging 27.9-points per contest, and he keeps doing it on an efficient basis, shooting 47.4% from the field on the season. Over his past three games, he has poured in 27, 24, and 30-points.

That usually gets the job done! 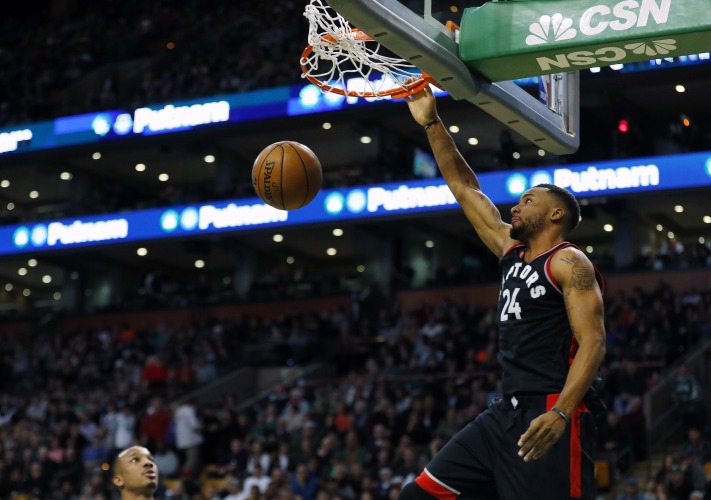 With their ninth win in their last 10 games, the Raptors sit comfortably in second place in the East at 17-7, nodded with the Cavs in the win’s category.

“We’ve got to do a better job of protecting the rim, protecting the paint.” Said Head Coach Dwane Casey after the win against the Bucks. “A team shoots 47 per cent, we’ve got to make sure we work to get those numbers down. Our standards have got to be higher. We can’t be satisfied with a win, we’re trying to achieve other things to see the big picture.”

So yeah, defensively there is still a few holes and they will need to get filled. Looking at their past 10-game schedule. You would expect the Raps to win at least nine games, because of the competition, but Casey is always looking at the bigger picture as he keeps trying to revert it group back to what made them a top defensive team last season.

Who knows if it will be possible. With Bismack Biyombo out, Paskal Siakam, Lucas Nogueria, and later Jared Sullinger in, but the Raptors have the time to make changes, see what works and what doesn’t, and possibly explore trade.

And hey, who isn’t happy when they are winning literally all the time?

Coming up, the road does not get anymore challenging for the Raptors as there opposition includes the Sixers, the Hawks, the Magic, and the Nets in that same order. So before a tough stretch of six-straight road games begins, maybe the Raps can add four more wins to their win streak?