Rip Hamilton to get Number Retired 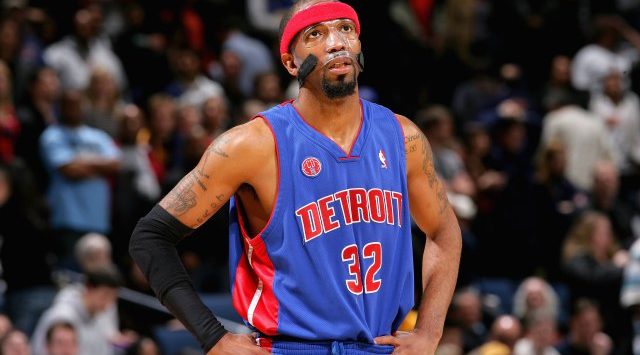 Keep your phones close, because you never know when you will get a call saying your number is being retired next. Everyone is getting their numbers retired this year so stay woke, my friends!

On Friday, the Detroit Pistons organization made it official that on February 23, 2017, the team will raise Richard Hamilton’s number ’32’ to the rafters on the same night that the Pistons are set to play host to the Boston Celtics.

After Chauncey Billups saw his number retired, it was clear that Rip would be next. Hamilton, one of the main reasons for the Pistons rise to greatness at the start of the 21st century, was an incredible scorer and a master of moving without the basketball.

“Detroit is where I celebrated the greatest achievements in my pro basketball career, and to be recognized by the organization in this way, I’m honoured,” Hamilton said in a release. “I look forward to sharing this experience with all the fans who supported me throughout my years as a Piston and look forward to celebrating in the Palace one final time. Yes, sir.” 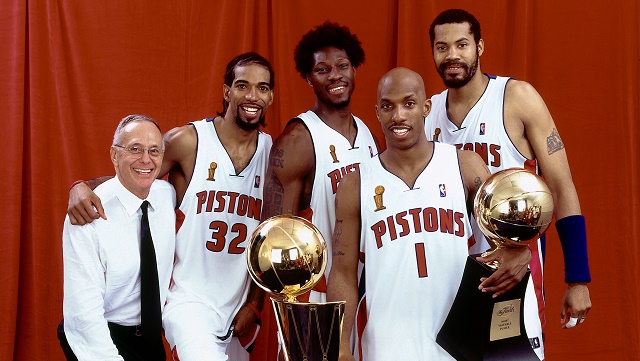 Under the coaching of Larry Brown, alongside Billups, a young Tayshaun Prince, Ben Wallace, and Rasheed Wallace, Hamilton helped the Pistons reach Championship glory, beating the favourites Los Angeles Lakers in the 2003-04 NBA Finals. Cant’t forget about NBA legend, Darko Milicic who was on that same championship team!

Not all memories in Detroit have been great for Hamilton. After spending nine seasons with the team, making three NBA All-Star teams over that span, Hamilton clashed with former head coach, John Kuester, which led to a buyout agreement between Hamilton and Longtime Pistons president of basketball operations Joe Dumars. Hamilton would go onto sign with the Chicago Bulls where he spent the final two years of his 14-year NBA career.

On February 23, everything will come full circle as one of the greatest Detroit Pistons players of all time will see his number rightfully retired, and his legacy immortalized.

Maybe the Pistons should retire his mask as well.