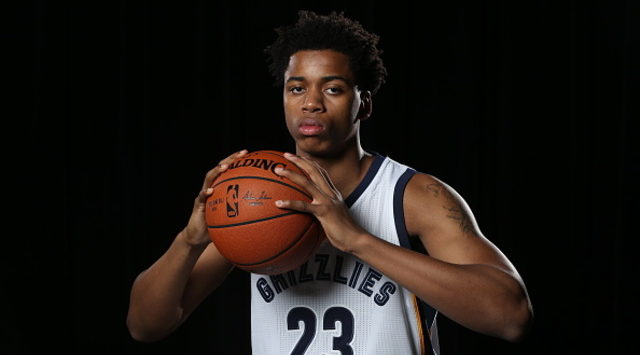 Another Tom Izzo Product is Living the Dream

In yet another instalment of Rookies Digest, BallnRoll takes a closer look at Memphis Grizzlies rookie big man, Deyonta Davis.

Born and raised in Michigan, Davis became a McDonald’s All American in high school, being lauded for his incredible athleticism, agility and size for a big man. He has all the physical tools to be a successful NBA big man – the size, the wingspan, and the projectable frame. Offensively is where he will need to put in the most work. His footwork, his post-game, and his touch around the basket will all need to improve, but he has the defensive ability and athleticism to survive until the offensive aspect of his game develops. He has excellent hands, a soft touch, and a solid motor to run up and down the court effeciently for a big man.

The mechanics are all there, now it is up to the NBA to help Davis develop into a valuable asset.

The 19-year old 6’11”, 237-pound centre out of Michigan State, was drafted with the first pick of the second round by the Boston Celtics, becoming the first green room invitee to not here his name get called in the first round. Later that night, his draft rights were shipped over to the Memphis Grizzlies who signed him for a fully guaranteed three-year, $4-million deal, the richest guaranteed salary for an American-born second round pick in NBA history.

With that record-breaking deal, come expectations. As Davis plays his rookie year alongside some of the toughest guys in the NBA, Marc Gasol and Zach Randolph to name a few, it will be interesting to watch the big teenager adapt to the NBA game. It by no means will be a smooth transition, but if there is anything young prospects learn playing under Coach Izzo, it is work ethic, and Davis is ready to fight and claw for his opportunities. 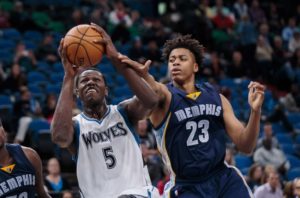 BallnRoll: Memphis is known for having some of the toughest players in the game. Players know that when they come here and play you guys, they’re going to be sore the next few days. How are you learning from Z-Bo and Marc Gasol, and what is it like playing alongside them?

Davis: I mean learning from them everyday in practice, every day something new. They teach me how to use my body in the low post, going up against big guys, it is just a great experience.

BallnRoll: How have you found the adjustment and the transformation from college to the NBA?

Davis: Just learning from the vets, they teach you a lot. It was kind of hard the first couple of days, but then you get the hang of it.

BallnRoll: When you practice with such strong guys is that such a help before going and playing the rest of the NBA?

Davis: Yes, because you already know what’s going on, the physicality, the moves.

BallnRoll: As I have said before, you play with some of the tougher guys, coming from Michigan State, playing for Tom Izzo, does it better prepare you for the NBA, the team you were drafted by, and what was it like playing with one of the best coaches in college basketball?

Davis: It was tough playing for him, but you got the hang of it. He made you play hard, harder than you did the day before. It is just a good program, a great program.

BallnRoll: And very similar to this kind of team?

Davis: Ya, but it just has more vets and have more knowledge.

BallnRoll: Prospect scouts marvelled at your athleticism and your agility for a big man, what’s next for Deyonta Davis. What other aspects of your game do you need to sharpen as you work on getting your opportunities on the NBA level?

Davis: All around, everything. My shooting.

BallnRoll: You signed the richest deal for a second round pick in NBA history, how does that feel? Does that make you feel more valuable that the NBA has invested like this in you or does it put more pressure on yourself?

Davis: It’s no pressure, I mean, I just gotta show them that I’m the reason that I am in this position. I got to keep playing with a chip on my shoulder.