The Grind for NCAA Ballers 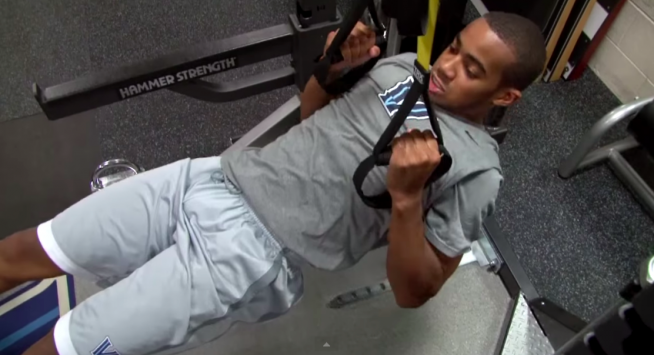 How do College Players Work Towards Their Dreams?

We have looked into what NBA style workouts are like time and time again. NBA players are athletes who are in peak condition, all of whom have poured in hours upon hours in the gym to sustain the grind of a long NBA season. Their bodies are mature, developed, and ready for whatever the season has got to offer.

But before these elite athletes got their shot in the NBA, they were college players – amateur, young athletes who developed their games and bodies in an attempt to gain recognition from professional teams from around the league.

As difficult as it is to be an NBA player, it isn’t easy being a college player either, especially if you take a look at the training regiments they are subjected to.

To get a better understanding of what college basketball life is like, we take a look at the workouts that some of the best basketball programs put their athletes through on a weekly basis. For these athletes, this is just the beginning and they will have to learn to cope with the grind as move forward in their careers.

There is a reason why Duke is known as one of the best basketball programs in the entire world. Its players go through a wide array of workouts, be it strength and resistance training, ladder and agility work, track sprints, or even using a beach volley ball court for foot work drills. Duke knows how to get the most out of its college players and the results really show on the court during game time.

I mean the team bonding aspect of it is nice, but that takes nothing away from how difficult hill workouts truly are. Strength, endurance, and stamina is all put to the test as the Badgers prepare for game action.

Lastly, the Michigan State Spartans know how to put in work. A Tom Izzo run team puts in work whether it’s the offseason or the regular season. Intense strength training, endurance and stamina work is all a normal part of these athlete’s weekly schedule.