The Transformation of Terrence Ross 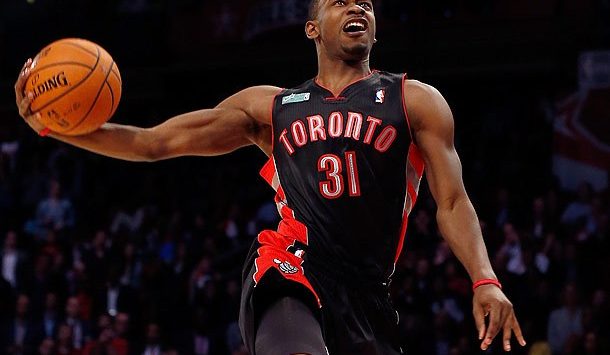 Exclusive Look at the Evolution of Terrence Ross

Drafted out of Washington with the eighth pick overall in the 2012 NBA Draft by the Toronto Raptors, Terrence Ross was a very raw, yet promising young talent. An extremely gifted athlete with the ability to jump out of the gym, a nice mid-range game with great shooting mechanics and three-point range.

All that was left was to put everything together and make it work.

Like many rookies and young players, there were a fair share of growing pains. The Toronto Raptors finished last in the Atlantic Division in Ross’ rookie year at 34-48. A time of change as the Raptors were attempting to move on from the Chris Bosh days while building around Rudy Gay and DeMar DeRozan. With the Andrea Bargnani experiment already running thin, the Raptors were desperately trying to find something that would work, bringing in 26-year old point guard Kyle Lowry in an effort to establish a young foundation.

Alongside fellow rookie Jonas Valanciunas, Terrence Ross continued to develop and hone his game. In his second year in the league, the Toronto Raptors moved on from Gay, thus accelerating Ross’ development and plugging him into a starting three role, forcing him to cover some of the bigger and best small forwards the NBA had to offer. With lack of size and strength still a big problem for him, he learned the hard way of what it took to be a defender on the NBA level.

After four years in the association, Ross continued to show the same passive offensive nature that he did as a rookie. A super athletic guard with the ability to attack the basket, settling for three-pointers and contested jumpers, putting his athletic gifts on the back burner. Last season, Ross received an extension from the organization, but even that did not seem to push his development forward as he nearly lost his role on the team to rookie UCLA guard, Norman Powell after again failing to come through in the post season as an additional scoring option behind DeRozan and Lowry.

Now in his fifth season in the NBA, with the new extension in effect, we have seen a completely different Terrence Ross. One who is no longer passive, or limits his game to jump shots, but a player who attacks the basket with far less fear than seen before. In that process, we have been able to see Ross’ impressive court vision, being able to find the open man when forcing defences to collapse around him.

Ross has become a completely different player, one that the Raptors have been hoping to see sooner rather than later. It now seems like all that patience is paying off. With Ross’ newfound ability to attack defences, a near 50% field goal percentage on the season (45.6% from three), this may only be the beginning for the former Washington Husky.

And hey, Ross has dropped 50-points in a single NBA game before, we know something special in there somewhere! 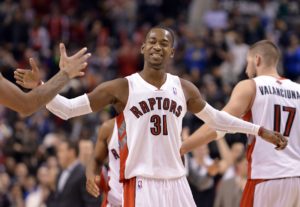 BallnRoll: From an athletic prospect out of Washington to a four year vet, how has your game evolved? And how does it fit on this new Toronto Raptors team?

Ross: I guess I just understand how the NBA game works, it’s a lot different from college. Over the past four years, I have learned a lot.

BallnRoll: Super athletic, fast as flash, could jump out of the gym, but today it looks like you went back to your roots, your strengths, your slashing, you’re getting to the basket and finishing. What and who has led you to this change?

Ross: I think it’s just having an understanding how to score more, how to get better shots, how to play within the game really.

BallnRoll: The Raptors gave you an extension, which makes many players relax, you seem different, what does the organization showing trust mean to you and how did it help you up your game?

Ross: Just gave me confidence, play my game rather than change, so I am just more relaxed.

BallnRoll: You know, three spot with some big boys, now a two guard off the bench, what’s the difference between the two and why the better fit?

Ross: Really no difference. I mean, we really just have twos and threes, same thing as like wings and perimeter players. I don’t know. Getting better opportunities I guess.

BallnRoll: You and Jonas started off together from not so great times to new territory and fabulous times. How has the ride been? How has the process?

Ross: Lot of ups and downs, lot of fights, pushes to get better. it’s been a great journey. That’s exactly what its been, a journey.

BallnRoll: You play alongside one of the elite guards in Mr. DeRozan. When on the court with him, what’s going on in your mind when he’s off and what’s going on on the bench when he’s going off? Try to tell me a bit of both scenarios.

Ross: When he’s in the zone, you try to give him the ball and watch him go to work. When you are on the bench, you can appreciate it more, like what he’s doing and all the moves he’s pulling out, it’s fun to watch.