Who Deserves to be Voted in? 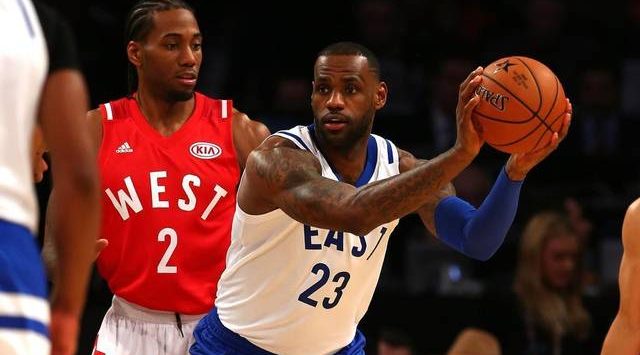 Who to Vote in as NBA All-Star Game Starters?

With All-Star voting officially open, NBA fans, players, and media members alike have all began letting their voices be heard. With the 2017 NBA All-Star game coming up in just a couple of short months, live from New Orleans for the millionth time since Hurricane Katrina, it’s time to make sure the right players hear their get names called when All-Star starters are announced.

To help make the process easier, we take a look at both, the Western and Eastern Conference and decide who most deserves to get the nod.

That means no broken down Kobe Bryants and no love for the Zaza Pachulias. Sorry NBA fans, Dwyane Wade is no longer an All-Star starting calibre player.

Use your next 18-days wisely!

The Boston Celtics are sitting at 19-13, good for third in the Eastern Conference and that would not be possible without Isaiah Thomas, who even with Al Horford in the fold, remains the one legitimate star in this franchise.

Boston’s All-Star has taken his game to new heights this season leading all Eastern Conference point guards in scoring, willing the Celtics up the Eastern Conference ladder. At just 5’9”, the little engine is dominating basketball on a team with no many scoring threats and thus rightfully deserves the starting nod. 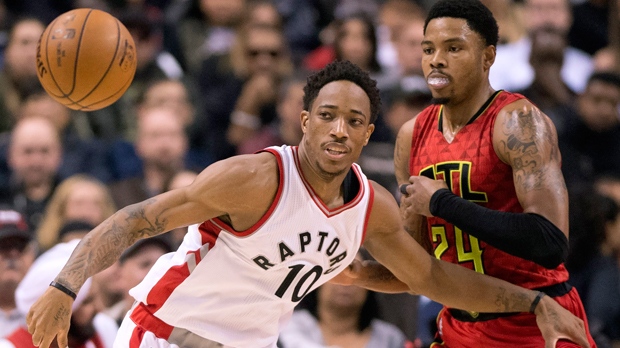 This is the best DeMar DeRozan the NBA has ever seen and with his play this season, he has cemented himself as the best shooting guard in the Eastern Conference, who surprisingly cannot shoot effectively from long range.

Still, DeRozan has shown the ability to take over games in a multitude of ways. He gets to the line and draws fouls at will, has one of the best mid-range games in basketball, and can take any defender off the dribble. He is a far superior passer than he once was, and has made the full transition into becoming the leader of an elite Toronto Raptors team. He has worked tirelessly for this start and should get his shot.

The Cavaliers are 4-18 without LeBron James and that should say enough as to how vital the best basketball player on the planet is to this team’s success. This season, LeBron has been as ridiculous as ever, putting up crazy numbers across the board while leading his Cavaliers to the best record in the Eastern Conference to this point.

Out of the top four players in the M.V.P. running, three of them once played on the same team, the other guy is James and he beat all three of dudes who shall not be named at the same time in the NBA Finals. This pick is as obvious as they come.

Giannis Antetokounmpo has arrived and no one can stop the Greek Freak. With his length, skill set, size, and athletic ability, Giannis is a freak of nature and he is spearheading the Bucks into a well-deserved playoff spot.

The scary part? The kid just turned 22-years of age. He will one day become one of the best players in the league and an All-Star for many years to come. For all the people who never watch Bucks games, because they’re the Bucks – I get it – you have to check out this kid balling.

And after you do, go over to NBA.com and vote him into the All-Star Game! 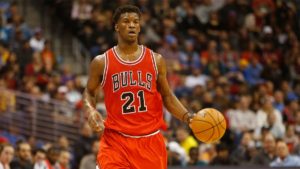 The Chicago Bulls are a bubble team, flip-flopping daily between a playoff team and a non-playoff team, but that should not take away from how good Jimmy Butler has been all year. The Bulls forward is one of the best two-way players in the league and can flat-out score.

Who knows what will happen at season’s end to the Bulls, but one thing is for sure – Butler will keep on dominating on both ends of the floor. Give him the final All-Star starting nod!

With his usage rate souring through the roof, Russell Westbrook has been leading his team while averaging a triple-double. The Thunder are fifth in the conference, and Westbrook is quite literally doing everything. Yes, the Thunder have some nice pieces, but believe me when I say this – Westbrook is doing literally everything.

Brodie is an energizer bunny who just never gets tired and should be an easy pick for All-Star starter. He has 15 triple-doubles to this point in one season. Last time a player accomplished that was Magic Johnson. Only difference is, Westbrook has 49-extra games left to go. 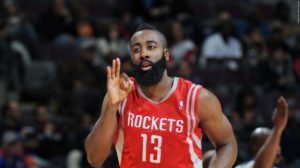 The point guard James Harden is lightning up the stat sheets in a new Mike D’Antoni-run offence down in Houston and the entire league is on notice. The Rockets are one of the top five teams in the league and the entire team revolves basically around Harden’s strengths. And he has a lot of them.

Harden has smoothly transitioned into his new point guard role, showing an elite passing ability, while still scoring at will and even rebounding the basketball at an extraordinary rate for his position.

Lastly, if the season was to end today, ‘The Beard’ should have an M.V.P. award in his trophy case. Enough said.

This should be one of the more magical moments of NBA All-Star Weekend. Kevin Durant and Russell Westbrook, back together under one roof, on the same team. Just when Durant thought he would be rid of his former All-Star teammate.

All joking aside, Durant has been on an absolute tear since joining the Warriors, leading the dynamic team in scoring, while shooting the basketball at an astounding 53.8% from the field (39.5% from deep).

Is there any room for a third Splash Brother?

With all the hype around Harden, Westbrook, Durant, and James, a lot of people forget that Kawhi Leonard is a top-five M.V.P. candidate as well. Typical San Antonio Spurs, isn’t it?

Leonard may very well be the best two-way player in the entire NBA and is undoubtedly the leader of the second best team in the league. He is shooting the three at a 40.1% clip, he defends and shuts down the opposing team’s best wing play or guard and the Spurs just keep on winning.

Is there anything else to say about ‘The Claw’? Get the former Final’s M.V.P. into the starting line-up! 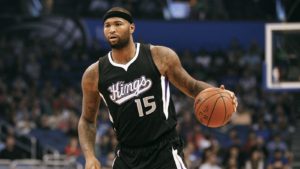 Even in sandals, DeMarcus Cousins is the best big man in the entire NBA. His words, not mine.

While that may not be true, in his J’z, Cousins is truly the best big man in the game today. The Kings are a horrible mess of a franchise with a horrible mix of players, yet they are in a playoff spot and it’s all because of ‘Boogie’.

The dude is an absolute monster. He dominates inside, he can shoot from the mid-range, even shoot threes, and talk a hell of a lot of trash while doing it. Do the NBA world a favour and vote ‘Boogie’ in!