Will Rudy Gay be Dealt? 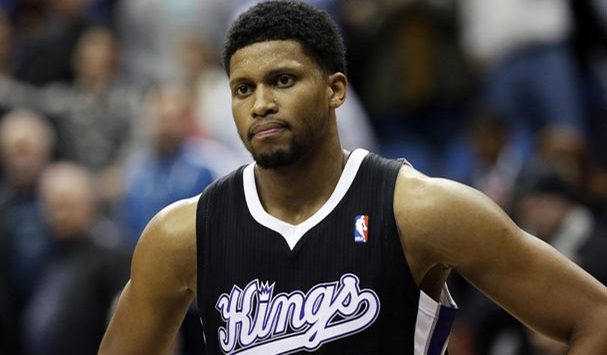 Since leaving Memphis the Sacramento Kings high-volume shooter has always been in the middle of some sort of rumours – they don’t stop.

Of course, Rudy is what many team’s covet at this time of year – an added scorer, someone to take the offensive load off the team’s main offensive threats. Two teams in particular that according to Yahoo!’s Adrian Wojnarowski that could be interested in the veteran forward’s services are the Indiana Pacers and the Oklahoma City Thunder. The Houston Rockets also have some sort of interest, but may not have the pieces to put something worth mentioning together.

Gay could potentially suit both the Pacers and Thunder, two teams that have one star and a bunch of role players, as Gay is 18.6 PPG and grabbing down 6.2 RPG. The one snag with Gay, is he is currently dealing with a hip flexor injury and over the past couple of years, the 30-year old has experienced a wide array of random hiccups and maladies.

Injured young guard Cameron Payne’s name has been thrown around as a piece that would go to the Kings in any sort of Gay trade with the Thunder. The Kings, a team that has been struggling to find consistent guard may wish to experiment with the young and talented Payne who has never really got an opportunity, knowing who he plays behind in Oklahoma City.

With Rudy Gay entering free agency at the end of the season, he has stated that he wants to explore his options, so if anytime was a good one to pull the trigger, the time may be now and we may be watching to last of Gay in a Kings’ uniform.