What do the Raptors get with Serge Ibaka?

The Toronto Raptors have been struggling, there is no denying it.

After starting the season 22-8, the Raptors have since gone 11-16. Once heavily regarded as the Cleveland Cavaliers’ top competition in the conference, the Raptors have seen the likes of the Boston Celtics and the Washington Wizards rush right by them in the standings.

The defence has been non-existant. There is talent on the roster, yes, but it hasn’t co-existing well over the past couple months as Head Coach Dwane Casey has continued searching for answers and the right rotation mix. The toughness seen from the Raps last season has all but vanished over the past year.

While the Raptors still sit in the NBA’s top ten in points per game, their defensive rating is ranked 19th (109.0) in the league and are 11th in points allowed per game (104.3). The holes on the Raptors are clear. 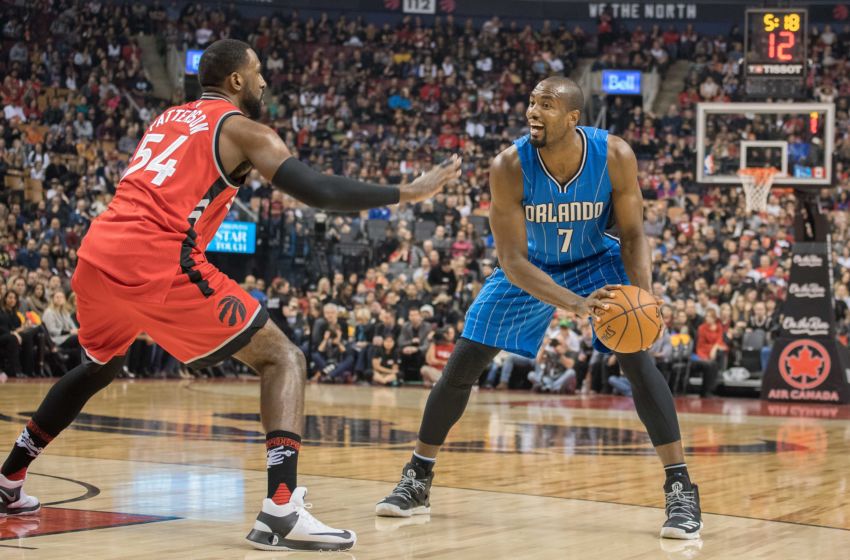 Credit: Tip of the Tower

One of the more glaring issues has been the power forward spot, a key position that the Raptors have really not been able to fill since the departure of Chris Bosh. Yeah, we all remember those times.

It hasn’t been easy for Casey to find the right fit to this point. With Patrick Patterson, the team’s best defensive presence, missing a good chunk of action as he continues to recover from his knee injury, the Raptors have been heavily relying on rookies Jacob Poeltl and Pascal Siakam, prematurely accelerating their growth. That is not to say that they have been downright brutal and unforgivable liabilities, both are simply just too raw, inexperienced, and not physically mature enough to provide a title-aspiring team with consistent minutes on a game-to-game basis. As the franchise’s key free agent signing Jared Sullinger made his long-awaited return from his foot injury, he too has proven nothing of value and has very quickly fallen out of the rotation.

With losses mounting and concerns becoming more and more evident from both the fourth highest attendance in the NBA and the locker room, Masai Ujiri struck gold when he traded Terrence Ross and one of the Raptors’ 2017 first rounders for Serge Ibaka. A long-time rim protector and more importantly, the power forward the Raptors have been avidly searching for since Bosh left for Miami.

In his first season in Orlando, Ibaka has quietly had another great all-around year. While not a proficient rebounder, Ibaka has grabbed 6.8-boards per contest and has averaged 15.1-points per game on 48.8% shooting. He has a 17.6 PER and while it’s not the 3.7-blocks he has averaged earlier in his career with the Oklahoma City Thunder, Ibaka is averaging a very commendable 1.6-blocks a night this year.

On paper, Ibaka seems to be the perfect fit for the Toronto Raptors. He is a big man who adds much needed rim protection and versatility, while offensively he can score and stretch the floor. Ibaka is a great free throw shooter (84.6%) and can shoot very well from long range (38.8%).

Pairing him up with Jonas Valanciunas in the front court will also help solidify the Raptors starting line-up, something that has been constantly changing on a weekly basis. The Raptors will now be able to have a lock one through five and can focus on building chemistry and working Ibaka into the system. From a defensive stand point, Ibaka will compliment Patterson, whenever he is to return. With Patterson out of the line up or on the bench, the Raptors have struggled defensively, but now the Raptors can alternate between Ibaka and Patterson, having a defensive presence on the court for all 48-minutes of every ball game.

Will Ibaka solve all of the Raptors issues moving forward? No.

But Masai Ujiri has given his team a key piece of the puzzle. Moving forward, the bench will have to step up, and if anything can be taken away from last night’s victory over the Charlotte Bobcats is that giving Norman Powell more minutes will only help the Raptors, while Delon Wright may be an interesting player who may even step into the Cory Joseph role.

Who knows if another move is on the horizon for the Raptors, but from here on out, it will be onto the players and the coaching staff to not necessarily skyrocket up the Eastern Conference standings, but to find the right rotation, stay healthy, and become as prepared as possible for playoff basketball.