Winners and Losers on Deadline Day

As in every year, the NBA trade deadline had its fair share of winners and losers.

As teams now prepare for the final stretch of the season before the playoffs begin, let’s take a look at who separated themselves from the pack. Which teams are ready to compete – which team bettered itself. But at the same time we look at the losers of deadline day, the teams who failed to help their cause.

The Toronto Raptors were the biggest winners on deadline day. With a struggling defence, the Raptors went out and acquired both Serge Ibaka and P.J. Tucker – an elite rim protector, and a tough and rugged wing defender.

What makes this an even bigger win is the Raptors didn’t give up their top 2017 first-round pick nor anyone of huge value. The Raptors currently have the best assortment of talent they have ever had in franchise history and are more than ready to compete against the game’s best.

Sam Presti came out on top yet again adding much-needed depth to his Oklahoma City Thunder. With Enes Kanter out with a broken hand, the Thunder added size and toughness in Taj Gibson, as well as some outside shooting in Doug McDermott who is still on his rookie entry-level deal, which expires after next season.

While not giving much at all, Russell Westbrook now has even more weapons at his disposal and once Kanter returns, the Thunder will look to make some noise in the NBA Playoffs.

The Houston Rockets were able to add even more firepower by acquiring Lou Williams from the Los Angeles Lakers. Right from the get-go, ‘Lou-Will’ dropped 27-points in a blowout win over the new-look New Orleans Pelicans.

The Rockets also made a couple under-the-radar moves, trading away K.J. McDaniels, and moving Tyler Ennis for Marcelo Huertas, who they plan to waive. Both moves free up enough cap space for the Rockets to sign a veteran buy-out candidate, who is believed to be Andrew Bogut.

If the Rockets successfully add Bogut into the fray, the high-powered offence will now have a very valuable rim-protector. James Harden must be one happy camper today. 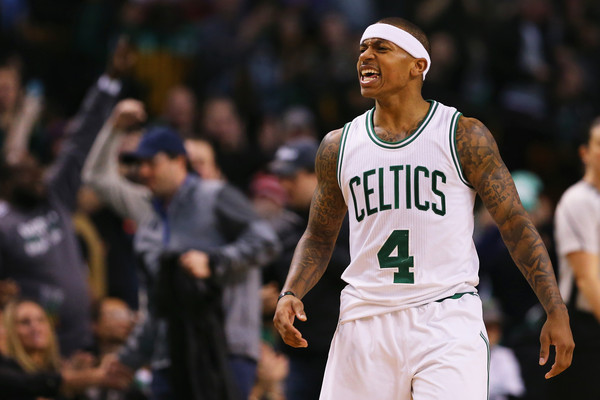 In the winding seconds of the NBA trade deadline, Raptor fans were holding their collective breath. With the Boston Celtics making big runs at both Paul George and Jimmy Butler, once the smoke settled, the Celtics came out empty-handed.

Not all hope is lost for the Celtics, but the Cavaliers are still the team to beat in the East and both the Washington Wizards and Toronto Raptors have gotten better after the deadline. The Celtics are in for a tough road to the top.

After it was reported by Paul George’s agent that ‘PG13’ is “hell-bent” on leaving Indiana for Los Angeles following next season, sources said the Pacers have received insane offers for George from the likes of the Denver Nuggets and the Boston Celtics.

While George stayed put, he was very unpleased with the communication with the team amidst the trade rumours. To add to that, the Pacers did not add to their roster in anyway.

The Sacramento Kings are the losers yet again and no one is surprised.

In control of the best centre in the entire NBA, the Kings managed to trade DeMarcus Cousins away in what Vlade Divac said was the second best deal he had on the table. What more can be said? It’s the Kings being the Kings.

Oh and Buddy Hield is most definitely the next Steph Curry…