Who Will Advance to the National Championship Game?

In just one day, all eyes will be on the University of Phoenix Stadium in Arizona as the 2017 Final Four is set to kick off.

The Cinderella team of this year’s tournament, the South Carolina Gamecocks will take on the Gonzaga Bulldogs, while the Oregon Ducks will get the night cap and will duke it out with the North Carolina Tar Heels. While two one-seeds qualified, the journey for the underdog Gamecocks is truly incredible, a team that somehow fought past the likes of Duke, Baylor, and Florida. Meanwhile, the Oregon Ducks, who entered the tournament without their starting center have been in survival mode since day one, getting past three real good teams in Rhode Island, Michigan, and Kansas to reach the Final Four where they will face their best competition to date.

This stage is nothing new for Head Coach Roy Williams and his UNC Tar Heels, a team that has reached the National Championship game just a year ago, and has already played in 19-Final Four games. On the completely other side of the spectrum are the other three squads. Oregon will play their first Final Four game since 1939, while neither Gonzaga nor South Carolina have ever seen this stage of college basketball in their school history.

How will the Final Four shake out? Who will move on? Let’s see how the four teams match up against each other! 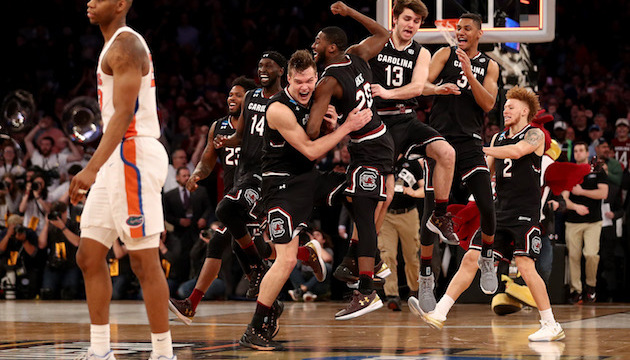 In a match-up between two teams that have never seen a Final Four in school history, the one-seeded Gonzaga Bulldogs had quite a few challenges on their way to winning out in the West Region. After blowing past South Dakota State in the Round of 64, the Bulldogs were in tough against a surprising Northwestern team, followed by a four-seed West Virginia squad. In the Elite 8, the Bulldogs reminded everyone why they are a one seed, when they exploded against Xavier, cruising to an 83-59 victory.

On the other end of the court, the Bulldogs will be looking down the South Carolina Gamecocks, who have had an improbable run to the Final Four. After beating Maryland in their first game, the Gamecocks took down Duke, Baylor, and Florida, three teams who were all heavily favoured going in.

That being said, it is probably best to throw odds right out the window for anything related to South Carolina.

The Bulldogs will enter this match-up shooting 37.8% from beyond the arc, a mark good for 52nd in the nation. Going up against a Gamecocks defense that has been on full display all of March Madness, they will be in tough trying to organize their offense. The Gamecocks have held their opposition to just 29.8% from three this season. In their past three games alone, the Gamecocks have held Duke, Baylor, and Florida to 37, 23.1, and 26.9 percent from long range.

While a lot of attention has been placed on the South Carolina defense, Gonzaga boasts one of the nation’s top defenses as well, allowing a fourth ranked 60.9-points per game this season. They also have many pieces who can score and are eighth in the country in rebounding.

While Gonzaga has the size advantage over South Carolina with Zach Collins and Przemek Karnowski, the Gamecocks make-up for their lack of size with toughness and incredible hustle. Sindarius Thornwell has been the best player in this year’s tournament and Gonzaga will require everything Nigel Williams-Goss has in his tank to pull out the win and advance to the final round.

This will no doubt be the toughest test to date for the Gamecocks, but this is a team that has been beating the odds all tournament long and on Saturday evening, things will be no different 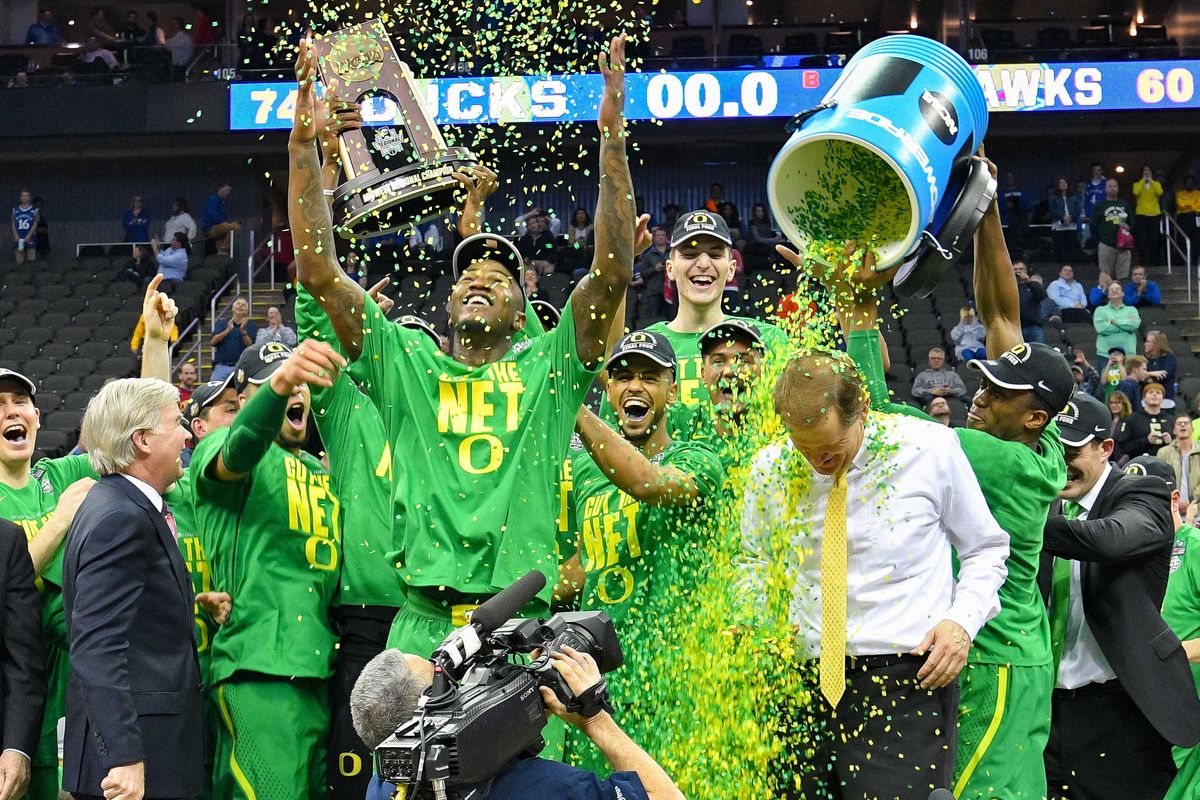 Set to play in a record 20th Final Four tilt, the UNC Tar Heels are back on their usual stage, while the Oregon Ducks are essentially inhabiting new ground. It has been 78-long years, but the Ducks have finally returned onto Tar Heel turf.

The UNC Tar Heels have been defending their first-seed pride rather well thus far, beating their opponents by an average of 15-points per game during the Tournament. Luckily for Oregon, this will not intimidate them much as the Kansas Jayhawks have been squashing teams by an average of 30-points before being dismantled by the Canadian-led Ducks.

On the other hand, UNC is completely different animal. Like the Ducks, the Jayhawks boasted a four-guard starting line-up. The Tar Heels will present a four-forward starting five, one with length and size that will give the Ducks quite a few problems. This side and length will be vital for the Tar Heels to challenge both Tyler Dorsey and Dillon Brooks who have been scoring at will in this year’s Tournament. Dorsey who has hit the 20-point mark in each game thus far and has seemingly not been able to miss a three-pointer this entire time, will have to continue to stay hot if the Ducks hope to move on.

On the UNC side, Justin Jackson and Joel Berry have been leading the charge of a veteran, experienced, and exceptionally well-coached Tar Heel team. Jackson may very well be the best player in the nation left standing and it will be up to him to get UNC back to the National Championship game.

The Tar Heels are relentless on the glass, can score inside and out, and have stability at every spot in their line-up that may ultimately prove too much for a guard-heavy Oregon attack.