Mock Draft Ahead of March Madness

For many prospects, the NCAA Tournament does a lot for their draft stock. Shabazz Napier and Derrick Williams saw their value skyrocket after big March Madness runs while others saw their worth plummet. Some NBA owners don’t even watch prospects until the big tournament and then assume that the kids they saw shine over the span five-to-six games are the real deal just waiting to explode and become superstars. We may or may not be referring to owners like Vivek Ranadivé who believes Buddy Hield is the next Steph Curry.

So without further adieu, here is the pre-tournament mock draft board for a class believed to be one of the greatest in NBA Draft history!

A 6’5” combo guard with incredible athleticism, a lightning fast first step, and the ability to distribute the ball using his great court vision and passing skills. A good slasher, solid defender, and a point guard with good size who can absorb contact and still finish at the rim.

Another point guard who at 6’6” has incredible size for the position. Tremendous court vision with elite passing ability and a high basketball IQ. A good defender and good athlete, although not as explosive as Fultz. Can make shots consistently, but his shooting form can be classified as unorthodox and even ugly.

Highest basketball IQ player in the draft with incredible athletic ability. Can play very well on both ends of the court, can run an offence as the point forward, but still has to improve his shot. Plays within himself, calm and collected, and has shown to be able to takeover games as a member of the Jayhawks.

As the season has gone on, Tatum has continued showing top-five potential. He is a versatile wing player who can shoot, has great footwork, and does a good job at forcing contact and drawing calls. A solid athlete who is capable of guarding multiple positions.

At 6’10”, Isaac is a very fluid stretch-four who runs the floor exceptionally well, has a smooth stroke from the perimeter, can put the ball on the floor and create for himself off the dribble. A hustle player, can play both inside and outside, good passing ability and a competent defender who must add both lower and upper body strength. Desperate for a franchise point guard to go alongside Buddy Hield in the backcourt, Dennis Smith is the perfect option for the Kings. Smith, a 6’2” guard has elite athleticism and explosiveness, attacks the rim with fury and can finish with contact. He has superstar makeup, a charismatic personality, highly unselfish, and a great leader. The guard thrives in transition, is a solid passer, with a team-first mentality.

From the John Calipari factory of basketball player mass production, Fox is a left-handed point guard with good length, explosive athleticism, and an incredible skill level for the position. Great court vision, pushes the ball effectively, a blur in the open court, and very fast twitch. Can score from the midrange, but still must become more consistent as a shooter, especially from the outside.

As per usual, multiple Wildcats are destined to go in the top-10 of the first round. Monk is one of the better scores in the country with elite explosiveness, a soft touch and a marksman from behind the arc. Size for his position may become his biggest issue as he is not comfortable setting up an offence and does his best work off the ball.

A strong, NBA-ready body, Bridges is a tough player built using the Tom Izzo blueprint. Incredibly explosive with good balance, brings non-stop aggression to both ends of the court, good rebounder with an improving shot. Quick first step and can finish at the rim with both hands.

One of the more interesting players to watch in the Tournament, Markkanen is a seven footer from Finland who has great mobility and versatility for a kid his size. A guy who can score in bunches, surprisingly excels in the open court, and has great size already. He is a good athlete with good defensive instincts. 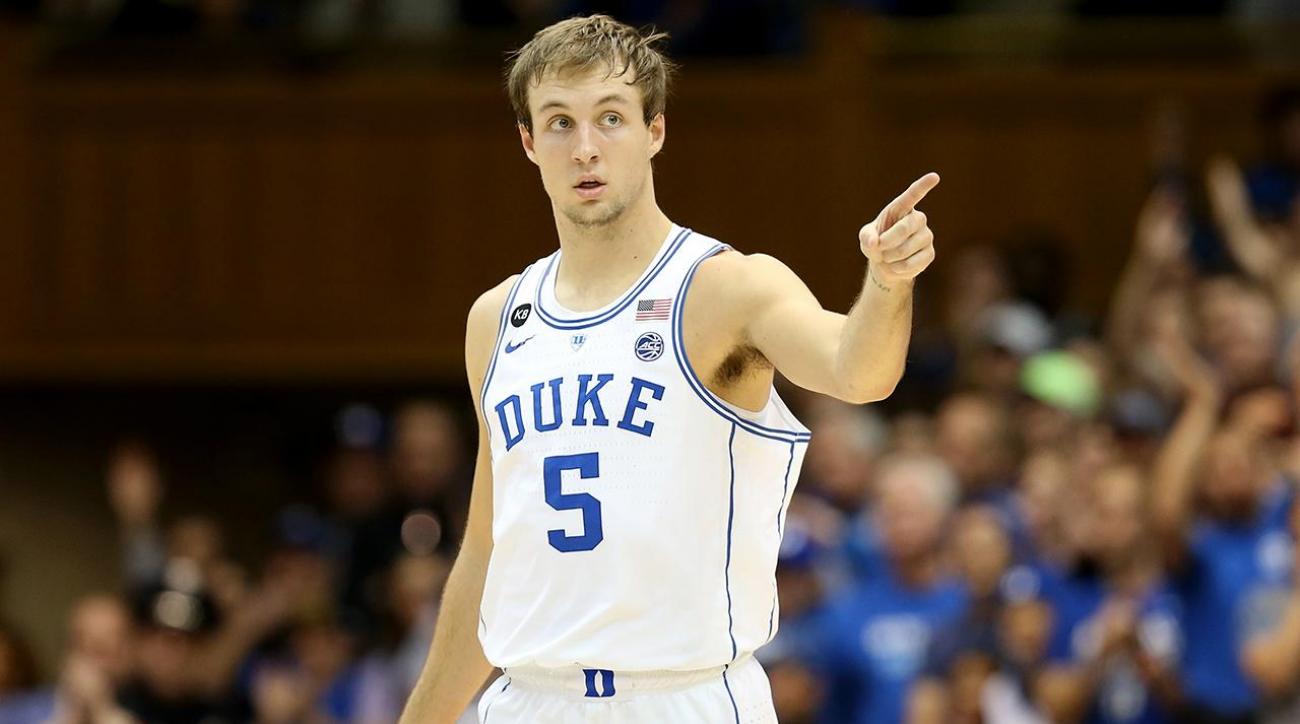