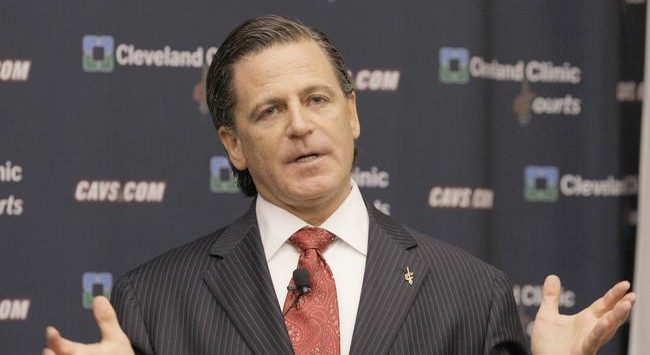 While both the Golden State Warriors and Cleveland Cavaliers chose to stay quiet at the deadline, opting to maintain their championship core group of players in tact, both teams still saw some action on the waiver wire.

Fact is, as quiet as the Cavs were, they still came out of the deadline as winners even by not really doing anything themselves. Their additions simply came to them. Not moving any key players in order to acquire assets, the Cavs saw the likes of Derrick Williams, Deron Williams, and Andrew Bogut all walk right through the door with an interest of competing for an NBA championship. Meanwhile, the Golden State Warriors first were looking at signing Jose Calderon, but then quickly moved onto Matt Barnes in the aftermath of Kevin Durant’s knee injury.

Both teams stacked and ready to compete for another championship, having the label of title favourites is all they needed to peak the interest of recently bought out players.

These transactions did not sit well with other NBA executives around the league. According to Zach Lowe of ESPN, execs want a buy-out rule change preventing waived players to simply waltz their ways to a competitive franchise.

“Team executives have pitched a bunch of solutions to this maybe-not-a-problem. The league could move up the drop-dead date for playoff eligibility — now March 1 — so that it comes before the trade deadline. It could limit buyout signings to one per team. One exec even suggested a ‘buyout wire’ that would operate like the waiver wire.”

“Once a player goes unclaimed, he’d move onto the proposed ‘buyout wire.’ Teams with cap room would get first crack at offering these guys reasonable salaries. Instead of swallowing Bogut’s full deal, a team like Houston, flush with $3.5 million in new space, could bid any or all of that amount against other teams with room (or the $2.9 million room exception). Whoever bids the most gets Bogut. If no team with room bids, the capped-out teams — like Cleveland — can have at him, perhaps in reverse order of record.”

What currently happens once teams waive players, those bought-out players hit the 48-hour waiver wire, where teams under the salary cap have the chance to claim them. However, as noted by the Lowe report, teams have little interest in spending money on players, who usually are attached to high salaries, when they have under-performed during the first part of the season. Therefore, more often than not, these players go unclaimed and become free agents, often running to sign with the best team interested.

The rich get richer without even trying.

Perhaps, the next step for the NBA and its executives is to somehow come up with financial benefits for players to go to teams with no championships aspirations in order to prevent the stampede of guys running to the Warriors and the Cavaliers of the world.

Easier said than done of course, but this will be an interesting story to follow as a business solution seems necessary sooner rather than later.