NCAA Tourney: Best of the Best 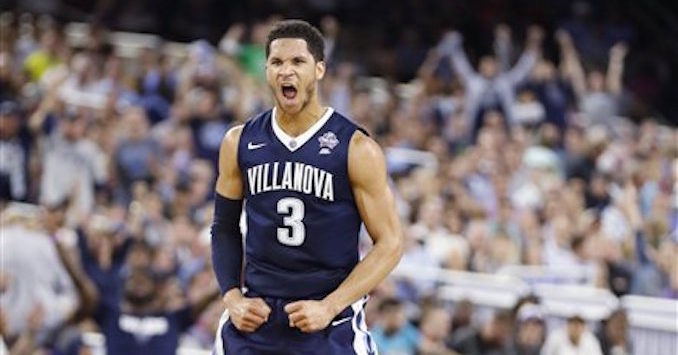 Who are the Top 10 Players of the 2017 NCAA Tournament

The 2017 NCAA Tournament is off and running, and although there have not yet been any crazy upsets, there has been some great action from some bright basketball talent. As advertised, top players of each team have been living up to their hype, win or loss. No matter if it is the electric 5’7” Winthrop guard Keon Johnson or Florida State big man Jonathan Isaac, everyone has come to play on the national stage!

But as the tournament continues, who are some of the best players in it? Who should everyone keep a closer eye on? Here are the ten best of what the tournament has to offer!

A big part of Villanova’s national title winning team last year, Josh Hart is atop the list with an elevated game. Averaging 18.6-points per game, the senior has a high basketball IQ and an explosive player off the bounce with a much improved three-point shot.

He is just as crucial to Villanova on the other end of the court. Hart is a terrific defender with great hands making him a guy who Nova will heavily rely on to guide them towards the repeat.

LaVar Ball’s oldest boy is high on the list.

The top freshman star in the NCAA Tournament, Lonzo Ball has everything to succeed on the next level of basketball. He has great length for his position and he is the prototypical floor general. Try not to watch him shoot too often, because it will look ugly, but the shot goes in at a consistent rate.

No, freshman Josh Jackson is not the best player on Kansas in this tournament. An incredible man-to-man defender, Frank Mason has been clutch for Kansas all season long, and will try to carry his knockdown three-point shooting to the NCAA Tournament.

If there is one person you want taking the last shot in the final seconds, the answer is easy – it’s Frank Mason III.

Ousted by his teammate, Josh Jackson is still one of the best players in this year’s tournament. With great basketball IQ, Jackson plays far more mature for his years. He has excelled as the point-forward and the small-ball four for KU so watch for him to be a key player as the tournament goes on. While his shot is not where it needs to be, he is a huge offensive threat and is an important, versatile piece to the Jayhawks’ success.

The only Canadian on the list, Dillon Brooks has steadily improved both as a player and a leader in his time with the Oregon Ducks. Entering the tournament as one of the best scorers in the nation, Brooks will be given the task of leading the Ducks back to the Final Four.

He has averaged 21.1-points in his last ten games, shooting 42.5% from three over that span, Brooks is a 6’7” human truck who will most likely use this tournament as a stepping stone to the NBA Draft. 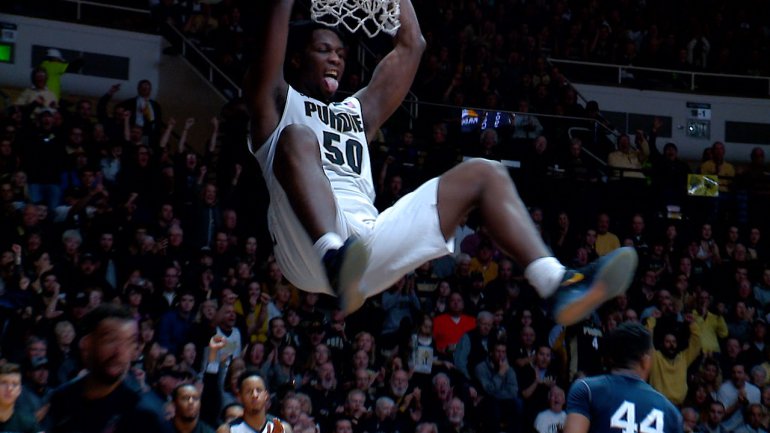 The Purdue big man is a double-double machine, averaging 18.5-points and 12.6-rebounds per game on the season. Easily the best big man in the tournament, Caleb Swanigan is your classic back-to-the-basket centre, as well as a great passer with a much improved face-up game

To make him a more terrifying cover, Swanigan has shot 43.1% from deep on the season. He is dangerous all over the floor!

Coming off a 19-8-8 performance in an opening round win over Nevada, Monte Morris is one of the more under-appreciated names in the tournament and a player who will finish his career with Iowa State as the NCAA’s all-time leader in assist-to-turnover ratio.

Along with bringing poise to his team, Morris has evolved as a scorer, averaging a career-best 16.3-points per game. Beating a tough Nevada team, Morris will be a tough cover as the tournament goes on.

Luke Kennard has really built up his draft stock this season as a Duke Blue Devil. A guy who would be no where near this spot at the beginning of the season, Kennard elevated his play tenfold becoming a huge threat for the tournament favourites.

A marksmen of the highest order, Kennard may remind many of another former Blue Devil who has made an NBA career off being a knock down three-point shooter. Unlike J.J. Redick, Kennard finds ways of getting clean looks from all over the court, even if he needs to drive down the lane. Averaging 20.2-points per game, Kennard is a player you cannot forget about.

Averaging 17.3-points and 9.9-boards per game on the season, Johnathan Motley has become impossible to guard one-on one. He can step back, is efficient in the pick-and-pop, and can create his own shot when need be.

He has also been consistent throughout the season logging in a 15-point and 10-rebound performance in a Round of 64 win against the New Mexico State Aggies.

Leading the first-seeded Gonzaga Bulldogs, Nigel Williams-Goss is the NCAA basketball Swiss army knife. Averaging 16.9-points, 5.7-boards, and 4.8-assists per game, he does everything a team needs to record a win.

A team-first attitude, WIlliams-Goss will be vital down the stretch as Gonzaga hopes to claim tournament glory.