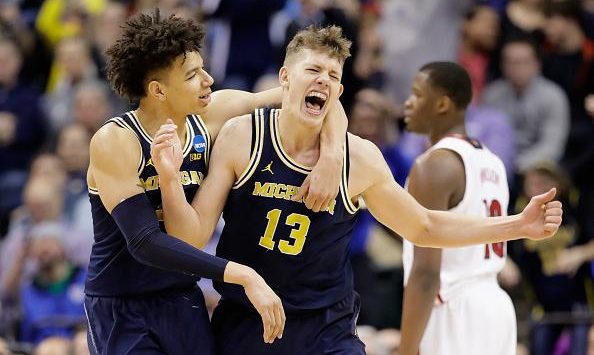 How Will the Road to the Elite 8 Go Down?

The first two rounds of the 2017 NCAA Tournament are in the books and only 16-schools remain in the hunt for March Madness glory.

This year’s tournament hasn’t had the buzzer-beating flair of most tournaments in the past, but it still has had plenty of upsets, compelling stories, and bright young talent stealing the headlines. With the Sweet 16 match ups now set, there will be no shortage of good basketball to look forward to the next couple of nights.

So before tonight’s slew of games tip off, let’s rank and breakdown the eight Sweet 16 match ups!

After falling in seven of their final 10-games prior to entering the tournament, somehow the no. 11 seed Musketeers are still alive. They shot 64.7% from three-point range against Florida State Seminoles en route to a 25-point win, but the Arizona Wildcats are a different animal. Arizona’s 7’0” stretch-four Lauri Markkanen will be the x-factor as fell as their great perimeter defence.

Somehow, someway South Carolina were able to slay Duke and advance to the Sweet 16. Behind SEC Player of the Year Sindarius Thornwell, South Carolina will try to find yet another upset in them. Despite a 65-point second half outburst, South Carolina does not have the most reliable offence. Defensively is where they get the job done. The question now is, can they stop Johnathan Motley who has been on a tear really all season.

The Baylor Bears have the size and the better player, which should spell the end for the South Carolina NCAA Tournament run.

If you are a fan of defence and not a lot of scoring, this is your game. Florida has had a relatively smooth tournament to this point, while the Wisconsin Badgers led by their two veterans Nigel Hayes and Bronson Koenig were able to take down the reigning champion Villanova Wildcats.

The Badgers rank ninth in the nation in points allowed (61.5 per game), while the Gators shut down Virginia, holding them to only 39-points. The Badgers are not the same methodical team that the Virginia Cavaliers are, and with Koenig and Hayes playing the best basketball of their careers, look for the eight seed to upset another favourite.

Gonzaga will be in tough when they step onto the floor against West Virginia. The Mountaineers rank in the top 20 in both scoring and assists, while only allow 66-points per game. They are a relentless team on both ends of the court and a tough group to deal with – just ask the not so lucky Irish of Notre Dame.

The Bulldogs nearly let their second round game against Northwestern slip away, if the 32-1 NCAA giants enter this game the same way, they will not be as lucky. 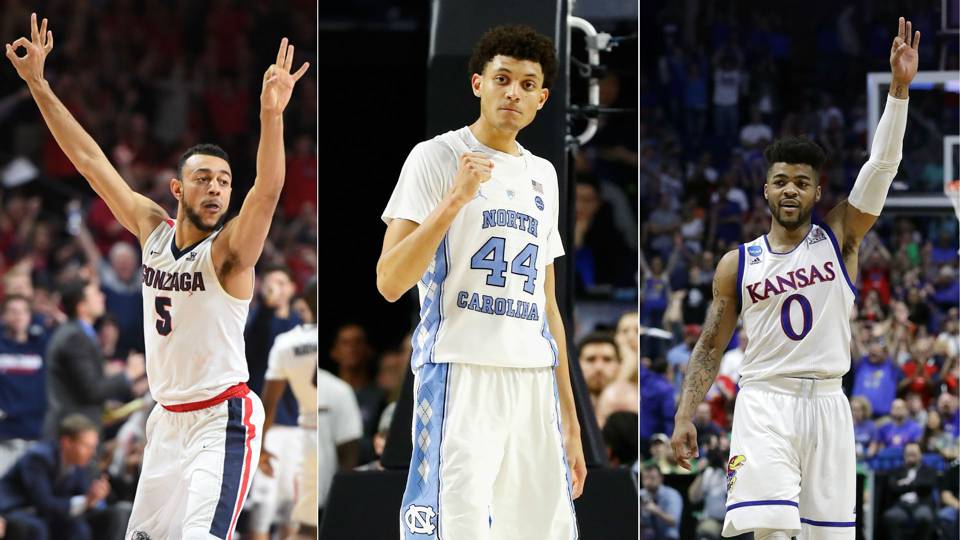 North Carolina can be a handful. They are a great rebounding team, have one of the best coaches in the country in Roy Williams, and one of the best players in the entire tournament in Justin Jackson, but Butler are no slouches. The Tar Heels struggled against a suffocating Arkansas defence, so expect Butler to try to add the same sort of pressure.

But at the end of the day, the Tar Heels may very well have the most talented group in the entire tournament, and the few days off must have been a blessing for UNC’s Joel Berry’s ankle. Look for the Tar Heels to come out on top.

Michigan may be the team of destiny in this year’s tournament and they are absolutely on fire. Since their scary plane skid incident, the Wolverines have been rolling, first winning the Big Ten tournament, then outlasting Oklahoma State, and lastly upsetting the no. 2 Louisville Cardinals in the round of 32. Next up is an undermanned but talented Oregon Ducks team.

The Ducks will need every bit of Dillon Brooks and sharpshooter Tyler Dorsey in this game, but this game has a Michigan Wolverine type feel.

What a story Caleb Swanigan has been for Purdue. The Boilermakers big man is a double-double machine, a great and willing passer and the clear leader of Coach Matt Painter’s team. Question is, can he do enough to take Purdue past the more talented Kansas Jayhawks, a team led by Josh Jackson and Frank Mason?

Kansas is a far deeper team and are playing a virtual home game in Kansas City. The odds may be too much for Purdue to overcome this time.

Last but certainly not least is Kentucky vs. UCLA. Easily the most anticipated game of the round and you could bet, LaVar Ball is ready to cheer on his boy who has unquestionably been the best player in the entire tournament.

The Wildcats may have two lottery worthy players in Malik Monk and De’Aaron Fox, but Lonzo Ball has been on a completely different level this entire season. This may very well turn into another stage for LaVar to gloat on.