Breaking Stereotypes on the Surging Mavericks

When somebody mentions the Indiana Hoosiers, you immediately think of the basketball tradition that is associated with one of the best basketball programs in the nation. Walt Bellamy, Isiah Thomas, Eric Gordon, and Dick Van Arsdale. The list of names goes on and on. A testament to the culture that was build by the legendary head coach Bob Night.

Yogi Ferrell does not come from the same mold as most. At only 6 feet, countless point guards at his size failed to make any impact in the league, let alone crack it. Yes, you have the occasional Isaiah Thomas, but for every Isaiah Thomas, you have a hundred or so Shane Larkins. What Ferrell lacked in size, he made up in heart, quickness, and athleticism on his journey to break the usual NBA stereotypes and find a niche in the best professional basketball league in the world.

Going undrafted, the former Hoosiers star worked his way to crack the Brooklyn Nets roster. Shortly into his tenure, after averaging 5.4-points at an underwhelming 36.7% clip, the Nets parted ways with the young point guard who failed to capitalize on the Nets lack of depth and Jeremy Lin’s injury.

What many would have accepted with devastation, it turned into a blessing in disguise for Ferrell, who soon-after joined the Mavericks and the Indiana alum’s NBA career took off. A big part of the surging Dallas Mavericks, Ferrell has averaged 12.3-points and 4.8-assists per game while shooting 38.8% from three with his new team.

Once an after thought after entering the NBA draft, Yogi Ferrell is making a name for himself in the NBA and the young Mavericks guard is here to stay!

Ferrell: You learn to be a pro. Lot of pros came in out of that building. I played with two of them who were high-level guys in Victor [Oladipo] and Cody [Zeller]. I just saw how they went about their daily business and staying all four years matured me, not only off the court, but especially on the court, and how to go about your daily business. 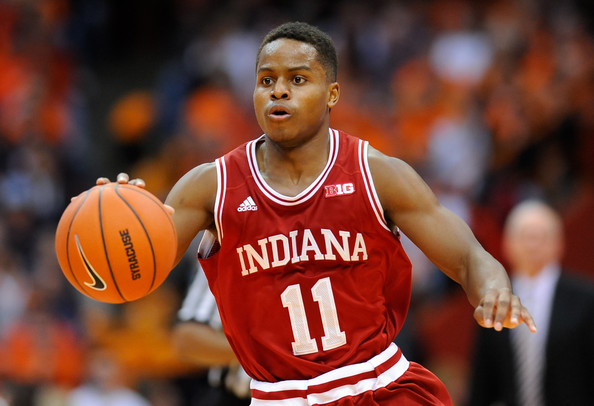 BallnRoll: You went undrafted, joined the Nets, you had to fight for a roster spot. Were you more motivated being undrafted? How did that add to your journey and what did it do for you?

Ferrell: Just made me play with a chip on my shoulder. It’s not about showing people what they missed out on, it’s just about going out there, doing what you do, being yourself, playing a part, and that’s what I’m trying to do every night.

BallnRoll: Waived by the Nets, you joined the Dallas Mavericks and you became a guy that they can build their future around. You won Western Conference Rookie of the Month and you are now a big part of the Mavs playoff push. Can you explain what may have clicked for you and the hard work that it took to turn around your rookie season?

Ferrell: It was kind of like a second life you could say. Getting with the Mavericks, didn’t workout in Brooklyn. I learned a lot from them and I felt like that’s what gave me the confidence in order to have the success that I’ve had with the Mavericks.

BallnRoll: You come to the Mavericks, you suddenly help your new team beat the Spurs, then you drop 19-points, followed by 11, then 32, becoming one of three undrafted rookies in history to score 30-points in your first 15-NBA games. Can you tell us how excited you were to contribute and what did it mean to you?

Ferrell: I was very excited man! I knew especially we needed that win going up against someone in the West, so I was feeling real good. That game against Portland and I just felt like I played good. I just want to go out there and play at full force. I just want to play confident, don’t want to play scared or timid, obviously I’m still a rookie, I’m going to make mistakes, I’m still learning so it’s all part of it.

BallnRoll: You were there beside Dirk when he hit 30-000 point. What was the atmosphere like and what is like to have him on the same team, in the same practice, the same locker room?

Ferrell: Yeah, it’s great to have him as a teammate because he’s a competitor, he’s a winner and he gets on guys when they mess up. That’s exactly what we need. That vocal leader that can go out and get something done for us. So it’s been great playing with him and I have learned a lot playing with him.