Sky’s the Limit for Super Mario

Once a Star Prospect, Hezonja Looking for Own Role in NBA

As the NBA game continues to go global, basketball is starting to see the rise of new international stars from all parts of the world, primarily Europe. More finesse is entering the game as new European prospects enter the league each and every year. The NBA is truly going international.

Mario Hezonja has been a top European prospect for years. Promoted to the club level in his native country of Croatia by the age of 12, Hezonja has been a star for years before even declaring for the 2015 NBA Draft. After excelling in Croatia, Hezonja went onto join Barcelona at the age of 17, where his international career really took off, receiving high praise from scouts from even the NBA, a league he was destined to be a part of sooner rather than later.

At 6’8”, Hezonja eventually entered the NBA as a two-guard, clearly with great size as well as elite athleticism. On the EuroLeague stage it was easy to notice his explosiveness and first-step quickness all valuable skills that should translate into the NBA.

Currently in his second season, it has been a rough transition process for the 22-year old. On a very young team, the former fifth overall pick is still looking to find his niche as he continues to learn the ropes of the NBA. One cannot make a living in the NBA on athleticism alone, but Hezonja is a young player who has all the pieces to become a name on this level of basketball.

All that is left is too watch Hezonja put everything together. Then, the sky’s the limit for ‘Super Mario’.

BallnRoll: One of the top touted prospects in the 2015 NBA Draft, you haven’t been able to get yourself going on the NBA level thus far, but you’re still really young, really athletic, only 22. What do you think you have to keep working on to find your niche and live up to your potential?

Hezonja: Pretty much on everything. It was not going as easy, but I always keep my head up, keep working hard. Coming into practice and keep working on my game, even if I was in another role, already at my best, I would still say the same. My approach to basketball is not going to change.

BallnRoll: Are there any veterans on the the team who are trying to keep your head up, tell you to just trust the process?

Hezonja: All of them, because most of them face tough situations in their careers and they all had wise words to tell me.

BallnRoll: A star on the international stage you garnered a ton of attention with your play for Barcelona FC. What has been some of the biggest differences between Europe and the NBA?

Hezonja: It’s just the best of the best players are here and it’s kind of a different game. It’s different on the court in terms of the speed of the game, in terms of contact. I think it’s a lot of different stuff.

BallnRoll: I always wondered, I’ve always seen Europe as really strong, are you telling me they are stronger in the NBA?

Hezonja: Yeah, yeah, much stronger, it’s no where close to the NBA.

BallnRoll: The Magic had a wild offseason, mainly moving [Victor] Oladipo, but there is still a young group of guys here. Yourself, [Nikola] Vucevic, [Evan] Fournier, [Aaron] Gordon, and [Elfrid] Payton. What do you think is next for you guys in your development process and what do you think the ceiling is like for you guys?

Hezonja: First and foremost, the developing process of the young core of guys and then just see where we can go, and later on see if we need the right support for our team. Somebody who’s going to be a voice for us and help lead us in the right direction. They can go through the mistakes and just be supportive of our young group. 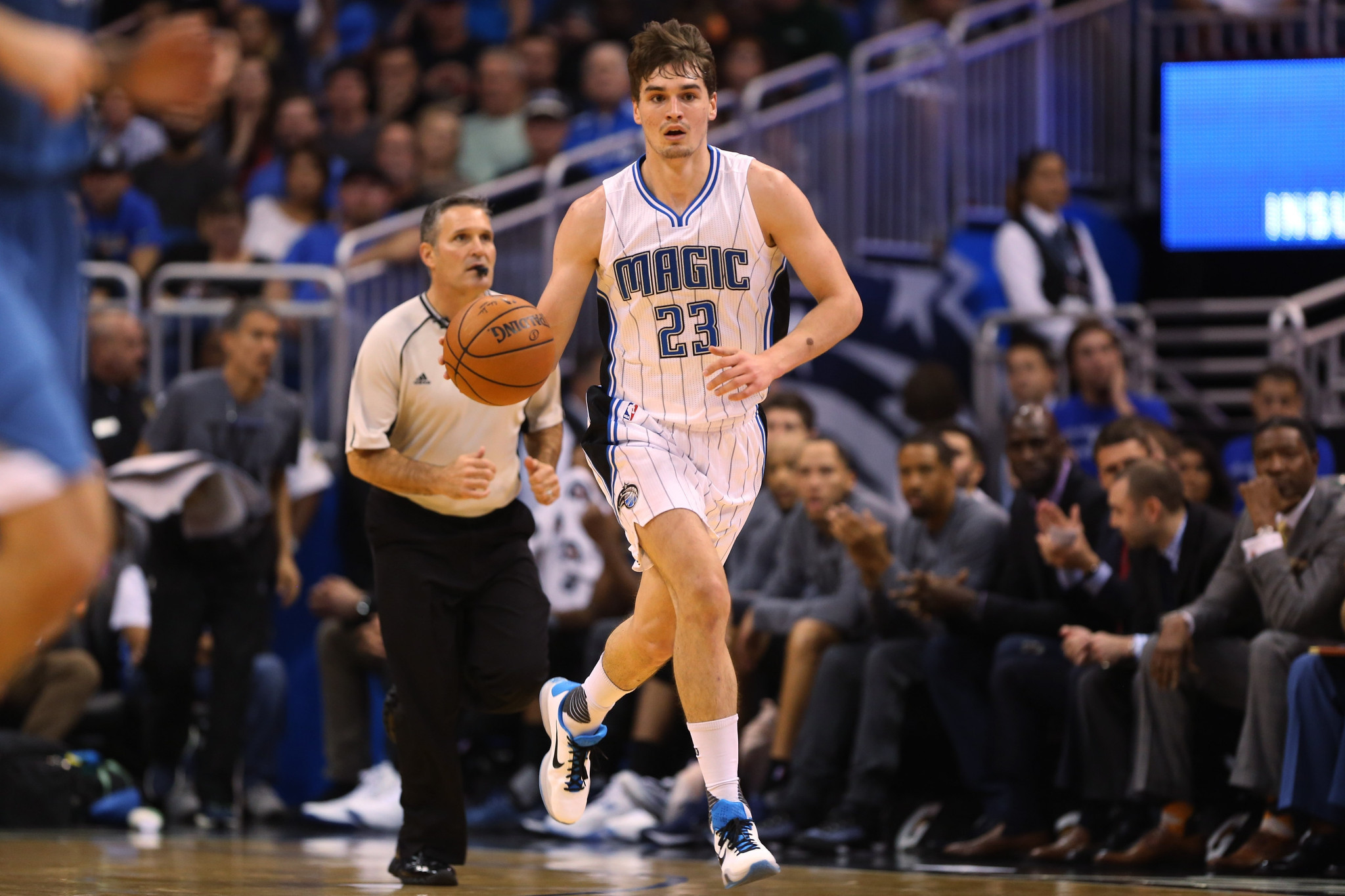 BallnRoll: Coach Vogel has begun experimenting you as the small ball four, how are you approaching this position change. Do you like the change? How do you feel about it?

Hezonja: Oh, it’s awesome, I really love the idea and it’s kind of like helping me get through the whole tough situation that I was in, so it’s a great idea.