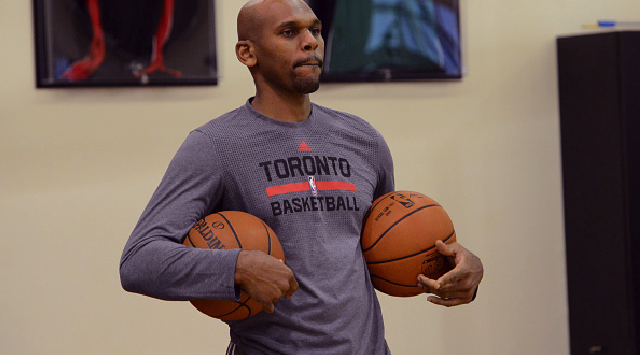 Boy does Jerry Stackhouse has a bright future in coaching.

After a successful playing career, Stackhouse went from a year of acting as the Toronto Raptors assistant coach to a full-time head coaching position with the franchise’s Developmental League affiliate, the 905. It has been only four year since he played his last NBA game and today, he has his first Coach of the Year trophy.

Congratulations to @Raptors905 Head Coach @jerrystackhouse on winning our 2016-17 Coach of the Year Award!

Leading the Raptors 905 (39-11) to its first Central Division title and a top seed overall, Stackhouse is now atop the D-League coaching ladder. His 905 squad also set a D-League record with 21 road victories and held their opposition to league lows of 98.8-points per game, and just 100.1-points per 100-possessions.

Along with the D-League’s best defence, Stackhouse helped develop the 2016-17 NBA D-League Defensive Player of the Year Edy Tavares and 2017 D-League All-Star Alex Toupane, two players who received contracts with NBA teams in the winding weeks of the NBA season.

As the 905 continuing their torrid playoff run, Stackhouse simply continues to score on and off the court!