Some Notes From Around the NBA 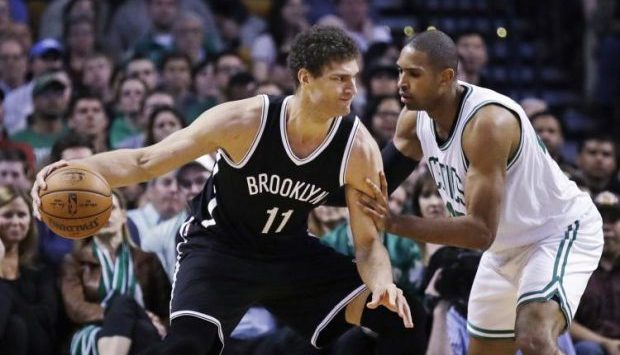 Keep Track of the Last Few Days of the Regular Season

In just two days, the 2016-17 NBA regular season comes to an end, but that doesn’t mean that fighting for playoff positioning is the only thing taking place as the postseason nears. Get up to date with some of the other storylines from around the association as the season quickly winds down!

Starting with the Brooklyn Nets – yes, the Brooklyn Nets deserve some attention – Monday night was an especially historic evening for the franchise. With a turn-around jumper late in the fourth quarter against the Boston Celtics, Brook Lopez passed former Nets power forward Buck Williams to become the franchise’s all-time leader in points scored.

25 points for Brook as he surpassed Buck Williams on the Nets All-Time Scoring List. #BrooklynGrit pic.twitter.com/0Tu0cMbCOZ

For as bad as the Nets are, this is one of the few feel good stories of their season. Lopez already leads the Nets in field goals made, offensive win shares, blocks, and field goal attempts.

Skyrocketing up the Eastern Conference ladder, the Cleveland Cavaliers made a couple of under-the-radar moves. Earlier this week, the Cavs released defensive stopper DeAndre Liggins in what appeared as a weird move and have signed Dahntay Jones this morning to fill the roster void. This will mark the second year in a row that the Cavs have decided to bring aboard the veteran wing for their playoff run.

It was rumoured that the Cavs were considering another former player in Anderson Varejao, but opted to turn to Jones.