Can Anyone Stand Up to the Golden State Warriors?

NBA Playoff time is in the air, and all eyes are situated on the Golden State Warriors.

The clear, odds-on favourites, the Warriors have been cruising through the regular season, toppling anyone and everyone who came in their way. It will truly take a Herculean effort to oust them from the playoffs, and the first opportunity will go to the Portland Trailblazers.

How will round one play out? Let’s take a look!

Damian Lillard came out and said his team will take the series in six – as if the Warriors needed any more motivation to beat an opponent.

The question in this series will not be whether or not Lillard’s prediction will come to reality, but whether or not the Blazers can even touch the Warriors. As the Warriors begin their quest for redemption, the Blazers somehow just squeaked into the playoffs led behind Lillard and C.J. McCollum, and an inconsistent supporting cast.

While Kevin Durant is back in the fold, the Blazers will be without newly-acquired centre Jusuf Nurkic, but this will be the least of their problems. The Warriors have swept the season series and outscored the Blazers by a combined 90-points in the first and third quarters in their four meetings. Now with Steph Curry and the Warriors firing on all cylinders, we can expect much of the same thing.

Can a motivated Lillard steal one in Portland, or will we witness the same song and dance? When it comes down to it, the Blazers will be in survival mode all series long and the Warriors will take them out of their misery rather quickly. 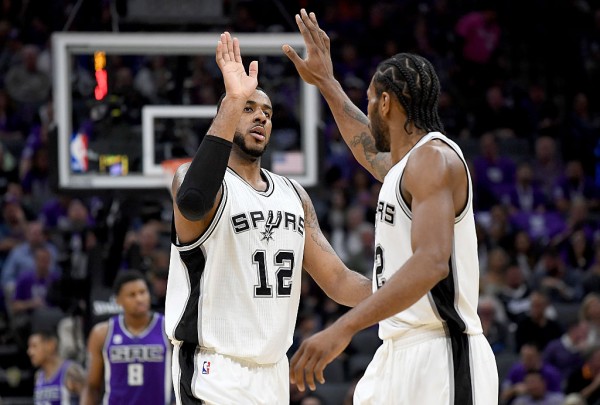 Never count out the Spurs, that right there is a life lesson.

The Grizzlies will enter the series already a step or two behind as Chandler Parsons is out for the season and Kawhi Leonard’s main defender, Tony Allen is out for the next month. Meanwhile the Spurs are as good as ever, led by the shabby Gregg Popovich.

Manu Ginobili is still alive, Tony Parker is still trucking, and Dewayne Dedman has assumed the Tim Duncan role, at least defensively. The depth around Leonard and LaMarcus Aldridge is most definitely very Spurs-like and thus very stout. The Spurs defend, can shoot the three more effeciently than any team in the league, and most importantly win games – and a lot of them.

Meanwhile, under a new coach in David Fizdale, the Grizzlies changed up their style a slight bit, but still have their same tough-minded identity in place with the core of Mike Conley, Marc Gasol, and Zach Randolph. Unfortunately, that will not be enough as the healthier and more talented Spurs should make quick work of their first round opponents. The Grizz may be able to get one, but do not have enough firepower to compete with the mighty Spurs. 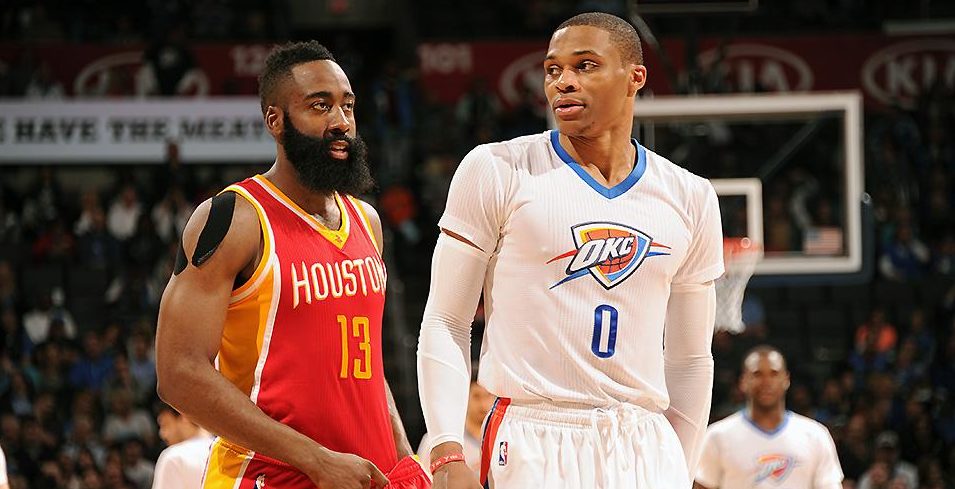 It will be a battle between two Most Valuable Player of the Year candidates. Russell Westbrook versus James Harden.

In terms of pure competitiveness, this may be the most interesting series of the opening round. The Thunder are beasts on the offensive glass and will need another M.V.P.-like effort from Westbrook to get through to round two. Meanwhile, the Rockets make scoring look easy. They can rain threes with the greatest of ease, have shooters all over the floor, and have Harden in the middle orchestrating everything.

The series may simply come down to who can stop the other’s star player. Can the Thunder slow down the Rockets three-point onslaught? Can they control Harden? Can the Rockets do anything against ‘Brodie’?

This matchup should be tight and exciting, with not much defence, but very fast-paced offence. With that being the case, James Harden and the Rockets are better suited for the playoffs. With a more fluid offence, the Rockets will have no trouble scoring, while Westbrook has a habit of taking too many shots and turning the ball over. As good as Westbrook is, his over-aggressiveness may turn into the Thunder’s biggest weakness in round one.

Coach Mike D’Antoni has a system that works, while Coach Billy Donovan really does not. The Thunder may be able to push the series to seven games, but at the end, the Rockets offense will keep on coming, while the Thunder have too many holes that Westbrook cannot mask against the top playoff teams.

The last of the round one matchups out in the West is another intriguing one. This may be the last run for the Clippers as constituted, while the Utah Jazz are on the rise, with a young team, that can play defence and has a few shabby veterans in the mix as well.

With the Clippers, you never know which team will come out for a certain stretch of games. They can either be very good, or just be very inconsistent. While the Jazz haven’t won a playoff game since 2010, the Clippers are veterans who have been on this stage before and know what playoff basketball is all about. 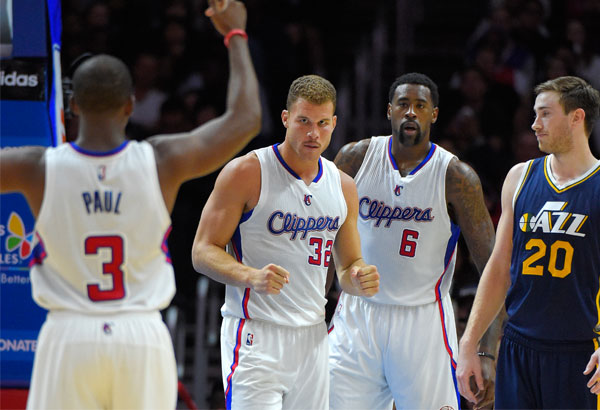 The key matchup to watch will be between the two bigs – Rudy Gobert and DeAndre Jordan. After that, for the Jazz it will be a question of whether Gordon Hayward and George Hill can force the Clippers to make adjustments defensively. On the Clippers size, it will be up to Chris Paul and Blake Griffin to attack the Jazz defense.

A series that can go either way, if the Clippers can get support from their bench, this will be a hard-fought series victory for the Clips, while the Jazz should head into the offseason with their heads held high.