With the NBA Draft Lottery behind us and the draft order all set, it is now the time for mock drafts to really take off. The Boston Celtics, Los Angeles Lakers, Philadelphia 76ers round out the top three picks in this summer’s NBA draft, one that is filled with potential franchise altering players.

So with the draft still a little bit over a month away, let’s check out the BallnRoll lottery pick portion of our 2017 NBA mock draft! 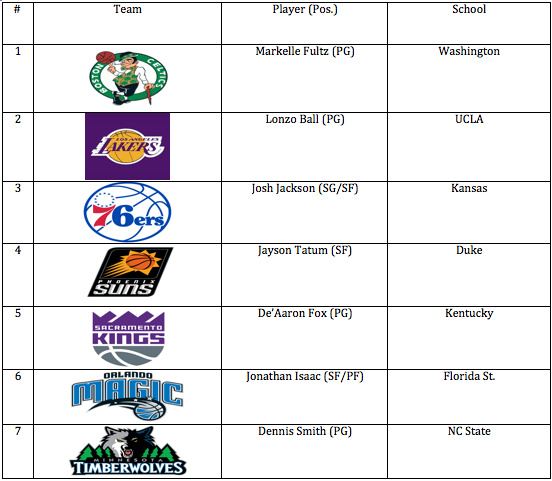 With the Celtics positioned to grab the consensus top prospect in the 2017 draft, Markelle Fultz, Boston will have the opportunity to trade their pick in order to try and acquire a star player who can help them now.

With Al Horford in his 30’s, and Isaiah Thomas in his prime, this may be the time for Danny Ainge to go all in on his basketball team. 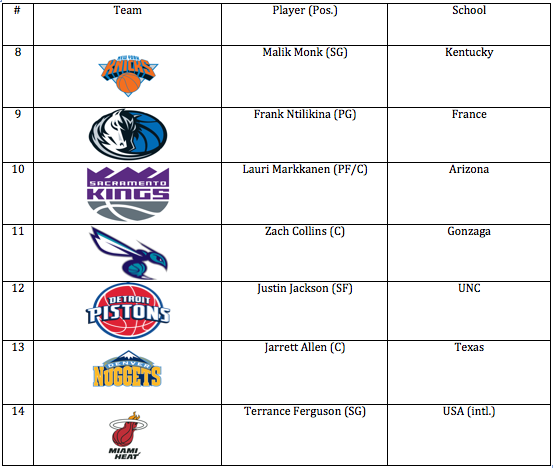 Do you think the Celtics hold onto their first overall pick? Which top prospect do you see being selected first overall in the 2017 NBA Draft?