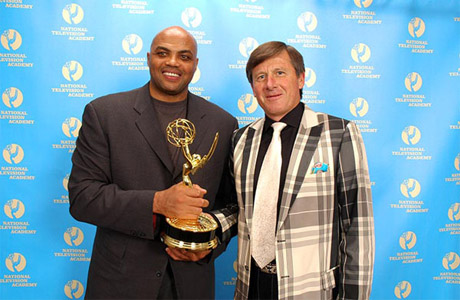 Always known for his controversial reactions and his ‘filter-less’ analysis of everything from basketball to the NHL Playoffs to food, Hall of Famer and current analyst on TNT’s Inside the NBA Charles Barkley has been rewarded for his efforts.

During Tuesday night’s edition of Inside the NBA, it was announced that none other than Chuck has won a 2017 Sports Emmy award for Outstanding Sports Personality, Studio Analyst. This marked the second time Barkley has won the award.

What followed was a champagne bath from his Inside the NBA colleagues.

“You never won a championship, but you won some Emmys, brother!” Kenny Smith said during the celebration.