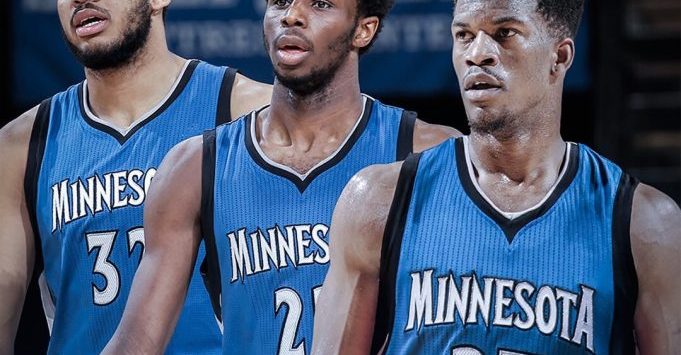 Who Were the Winners and Losers on Draft Night?

One of the most hyped drafts in NBA history definitely lived up to its billing and ironically enough, it had nothing to do with the bright and talented prospects selected.

Of course, it was interesting to watch the likes of Markelle Fultz, Lonzo Ball, and Jayson Tatum donning their new team gear, but that kicked off on a wild note for a completely different reasons. For more on that, we break down the winners and losers of the 2017 NBA Draft.

The only draft pick the Minnesota Timberwolves made on Draft Night is a selection for the Chicago Bulls, for the Wolves didn’t need to pick a Lonzo Ball or a Markelle Fultz to make a massive splash. No, their massive splash came in the form of a trade.

Early on in the Draft, it became official – the Chicago Bulls have traded superstar two-way player Jimmy Butler to Minnesota. In return, the Bulls received Kris Dunn, the injured pogo stick that is Zach LaVine, and a 2017 first round pick which turned into big man Lauri Markkanen. With this trade, the Bulls finally begin their much-needed rebuild, while the Wolves receive a legitimate, veteran star in Butler to go along with Karl-Anthony Towns and Andrew Wiggins.

Chicago, What can I say?! I truly struggle with the words because you've been so much more than just my home for the last 6 years, you've been my life! You've embraced me like a son and pushed me to get better every day, every season. I can honestly say that I have always been incredibly motivated to succeed; it's just the way I'm built. But I know I owe so much to the person I am now, and to the player that I've become, to you. You always pushed me to never give anything less than my absolute best night in, night out. That's what you expected. That's what you deserved. And, I hope you know that's what I dedicated my life to every time I walked into the facility or stepped on the floor of the United Center. Thank you to the entire Bulls organization and Reinsdorf Family for taking a chance on me in 2011 and for giving me the opportunity to play the sport I love for such a great franchise. I'll never forget the feeling I had when I was drafted and when I played my first minutes. It's an experience that I wouldn't have wanted with any other team and I'm so thankful to you for giving me that opportunity. Chicago, I love you. Thanks for embracing a kid from Tomball like one of your own. On to a new home and a new organization. Thankfully, with some familiar faces! PS… AND PROBABLY MOST IMPORTANT! THANK YOU TO EVERYBODY BEHIND THE ORGANIZATION THAT DO NOT GET THE SHINE THAT THEY DESERVE!! YALL ARE THE REAL ALL-STARS!! – Jimmy G. Buckets (@staceyking21 )

The future looks bright in Minnesota as Butler is set to reunite with his former head coach, Tom Thibodeau.

A day after receiving some much needed cap relief, the Los Angeles Lakers drafted the man LaVar Ball was talking about for months.

On Thursday night, Magic Johnson selected Lonzo Ball. A gifted point guard with great size, and a very bright future. In Brandon Ingram and Ball, the Lakers see a bright future and with plenty of new cap space to look forward to next offseason, the Lakers may return to prominence sooner rather than later.

“I’m sure he’ll fit into our culture,” Lakers Head Coach Luke Walton said. “He’ll help improve our culture with the way he plays, the way he passes, his selfless nature, and that’s why we took him.”

The Lakers night only got better as they used their other two draft picks to draft Kyle Kuzma and Josh Hart, a former NCAA Champion with the Villanova Wildcats and a very underrated senior prospect.

With the good comes the bad, and the Indiana Pacers are as lost as any team in the NBA.

Paul George is set to leave Indiana in free agency, everybody knows it. George got his very own agent to tell the Pacers exactly that. Almost immediately, the Pacers began looking for a trade partner, hoping to deal George before or during the draft – at the time where his value would have been at its peak. Reports suggested that the Boston Celtics were involved in serious conversation with the Pacers, so too were the Houston Rockets, but ultimately and evidently, no deal was done.

Now, as free agency nears, George’s trade value continues to decrease by the day and the only ones suffering every passing day are the Indiana Pacers who are desperately look to hit the reset button on their franchise.

Whether it is the reports of Kristaps Porzingis being shopped, or Phil Jackson falling a sleep during a prospect’s private workout, or team owner James Dolan skipping the draft to rock out with his band, everything is going bad in ‘The Big Apple’.

It is now the day after the big day and Porzingis is still put, there are still growing tensions between the franchise and All-Star Carmelo Anthony, and to make matters worse, the Knicks selected an 18-year old French guard who has apparently a 59% bust potential. Now, while you should take these silly ESPN statistics with a grain of salt, the underlying message here is the Knicks are lost with simply no direction.

Frank Ntilikina could very well become a great NBA player, but the big question here is – what are the New York Knicks even doing?