Celtics Get More Picks, but How Can Ainge Capitalize?

On Saturday night, it was reported by both David Aldridge and Adrian Wojnarowski that the Boston Celtics have acquired a few more first rounders – this time from the Philadelphia Sixers.

After trading their 2017 first overall pick to the Sixers, the Celtics will now have eight first round picks in the next three years.

Plenty of room to draft some franchise altering talent, right?

Well, not exactly. Feast your eyes at the Boston Celtics draft selections in the Danny Ainge era. 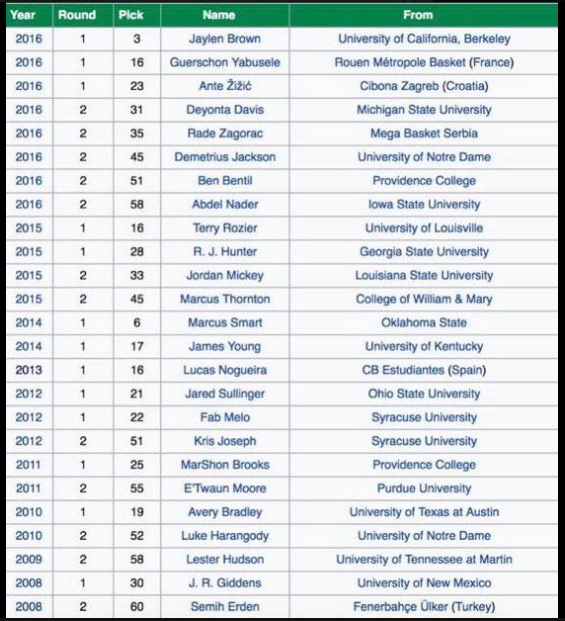 Speaking of All-Stars, not a single player on that list has made it to an All-Star team and aside from Avery Bradley, well, I don’t have to fill in the blanks for you all.

Yes, when Ainge fleeces teams into dealing away their future, it is impressive, but Ainge has yet to gain an All-Star level player in all his years of fleecing.

So with that being the case, may the force be with the Celtics come Draft night.