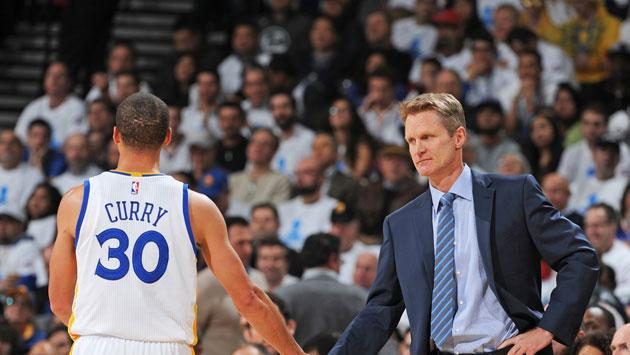 Steve Kerr May Return to Coach in Game 2 of Finals

At this point it seems as if anyone can coach the Warriors to victory, but putting humour aside, Golden State may be in for more good news as Game 2 approaches.

Assuring that Steve Kerr feels well enough ahead of Sunday night’s game, the Warriors hope to have their head coach back on the sideline, taking back the reigns from assistant coach Mike Brown, who has done a stellar job in his absence.

A source told ESPN’s Marc Spears that Kerr is in fact “feeling better” as he continues to deal with complications stemming from two major back surgeries. Reports suggested that Kerr was doing better and was hopeful of being back with the team for the start of the finals, but the organization decided to take a more cautious approach.

The Warriors have gone 13-0 with Brown being the main signal-caller on he bench.